The processor installed in the Apollo Lunar Module, which first carried humanity to the moon more than 50 years ago, looks like this 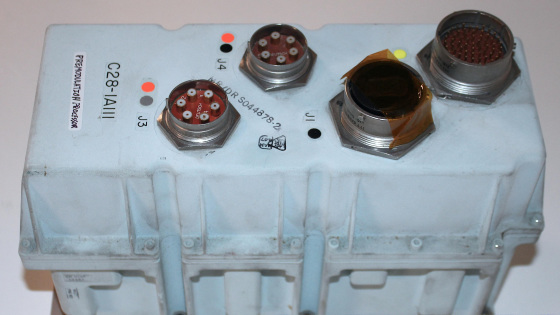 Apollo program is the first manned space flight program for the moon promoted by the United States. Computer historian Ken Siriff has released an image for obtaining the pre-modulation processor (PMP) for communications on board the Apollo Lunar Module.

PMP is a device for processing a combination of communication audio, data, and video signals so that a spacecraft can communicate with the earth from the surface of the moon about 380,000 km away. It weighs 14.5 pounds. It seems that it is usually in the case, but Mr. Siriff said that he removed the case to see the contents. The contents are composed of 11 parts. Each component is spot-welded with metal substrate copper wire, transistors, resistors, capacitors, and diodes, and is fixed with a glue gun. There are no integrated circuits such as ICs. The figure below is a circuit diagram of the entire system including PMP. Most of the signals transmitted from the Apollo spacecraft are processed by PMP, and signals that combine audio, video, and data signals are transmitted by The following is a PMP switching power supply that supplies a voltage of 18V. 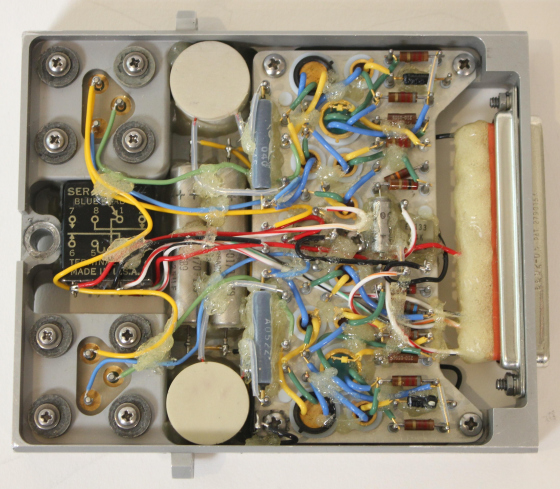 It is said that the module that receives data and voice sent from the ground in ultra-short waves was equipped with a bandpass filter made by Bulova, a long-established American watch maker. A two-phase modulator module that converts telemetry data for transmission to the ground into 0.1 data. The metal box inside is a 1.024MHz bandpass filter. It seems that the Apollo Lunar Module was communicating directly with the ground wirelessly, but in case a problem occurs with the Lunar Module and communication to the earth becomes impossible, it will be possible to communicate via the command module. This is the module for. There were various other modules, all connected by

serial ports etc. and built as one PMP block. 'PMP tells us how complex the Apollo spacecraft was. It's not too difficult to just send three types of signals: audio, data, and video, but we needed to make everything redundant. In addition, it records data even when it is behind the moon, which is difficult to communicate with the earth, and also communicates with the command ship and the astronaut on the surface of the moon. We needed a circuit to optimize wireless communications for us. PMP is just one of the many boxes needed for Apollo's communication systems. '