A 'floating black hole' near the solar system There should be hundreds of millions of black holes in the entire Milky Way galaxy, which are thought to be formed by the collapse of a huge celestial body, but since black holes do not emit light, they exist in isolated positions. It cannot be observed if it is. Several research teams have discovered a single 'free-floating black hole' that cannot be observed directly in the Milky Way galaxy, thousands of light-years away from the Earth, using an observation method called the gravitational microlensing method . I am reporting the possibility of doing so.

Normally, black holes can be observed by detecting X-rays emitted when surrounding substances are inhaled, but in 'floating black holes' where there are no stars around, the light for observation is also black holes. It is difficult to observe because it is caught in strong gravity. A team led by graduate student Casey Lamb and associate professor of astronomy at the University of California, Berkeley, said, 'The distant stars brighten when the light is distorted by the strong gravitational field of the celestial body.' We observed 'floating black holes' using the gravitational microlensing method using the phenomenon.

In the gravitational microlensing observation, the space telescope has been observing a specific star for 10 years, and its 'apparent position' is slightly different from 'the position that should be visible if there is no black hole'. Therefore, it can be discovered that there is a massive celestial body between the earth and a star that cannot be observed directly. 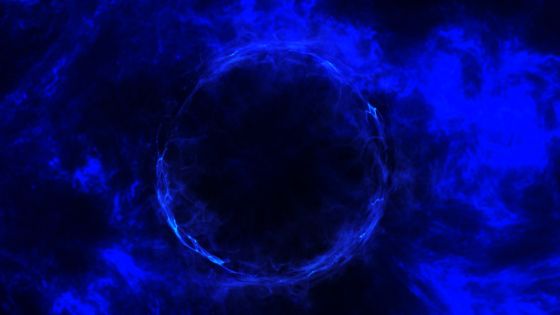 
A research team at the Space Telescope Science Institute in Baltimore has also discovered the same floating black hole from observational data from the same gravitational microlensing method. However, while the research team of Kairash C. Suff, an astronomer at the Institute of Space Telescope Science, concludes that the object found here is 'a black hole about seven times as large as the sun.' Researchers on an international collaborative research team led by Berkeley warn that 'it may be a neutron star rather than a black hole' because the estimated mass of what it observes is two to four times that of the sun. increase. Whether it's a black hole or a neutron star, it's the first to be discovered as a 'dark wreckage of a lonely star' that isn't paired with other stars wandering the galaxy.

Knowing the number of 'star debris' in the Milky Way galaxy will help us understand how stars evolve and die, revealing which of the black holes are primitive. I can do it. 'For the first time, we were able to discover a floating black hole or neutron star with gravitational microlensing. I think it paved the way for the study of these dark objects that can only be seen with gravitational microlensing.' And emphasizes the significance of the research.