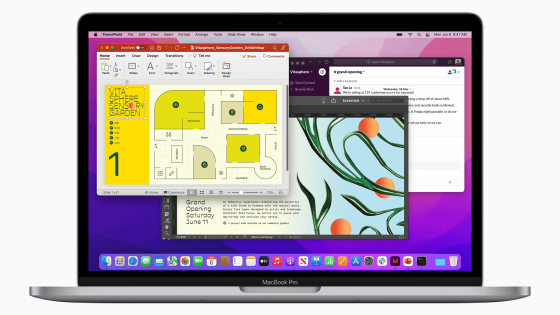 new MacBook Air equipped with the ' M2 chip ' was announced at Apple's developer event ' WWDC22 ' held on June 7, 2022 (Tuesday). There is a corner where you can actually touch the M2-equipped MacBook Air at the site, and overseas media have released photos of the exterior one after another, so I summarized it. 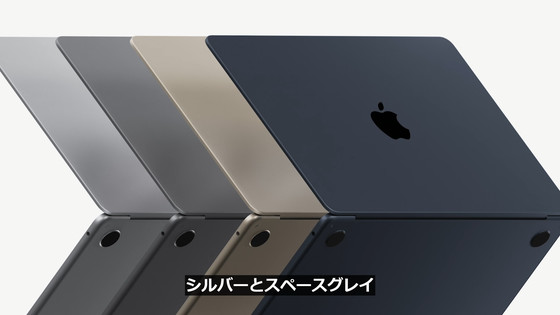 Below is a picture of Midnight. It looks blue depending on how the light hits it. 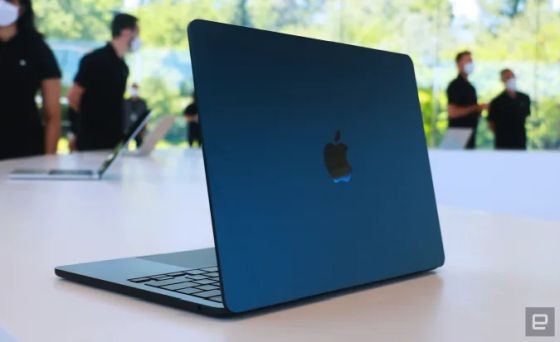 Seen from the side, it looks like this. Speaking of MacBook Air, 'design that becomes thinner toward the front' was characteristic, but MacBook Air with M2 has a uniform thickness from the back to the front. About this look, TechCrunch said, 'The wedge-shaped shape has been a symbol of the MacBook Air since Jobs took the original MacBook Air out of the envelope. The new MacBook Air has abandoned the wedge-shaped look and the M1 such as the MacBook Pro and iPad Pro. It has a linear look similar to a chip-mounted machine. ' 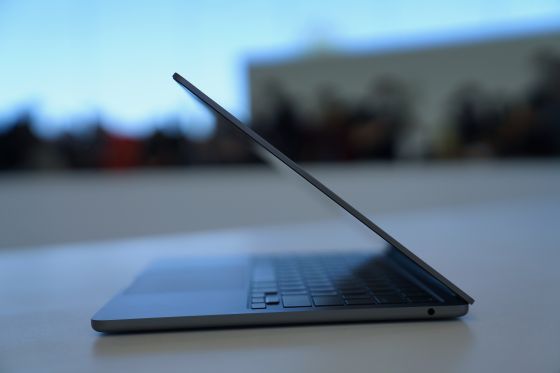 The appearance of the starlight is as follows, and it seems that the yellow color becomes stronger depending on how the light hits. 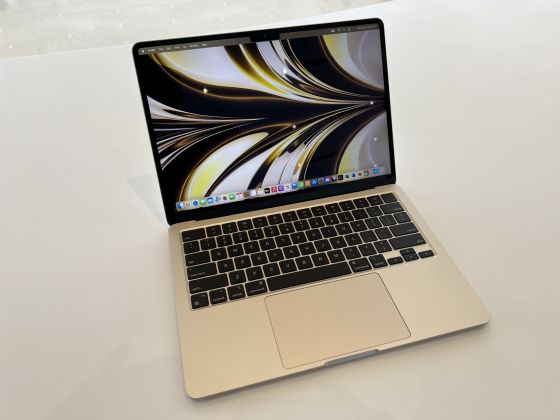 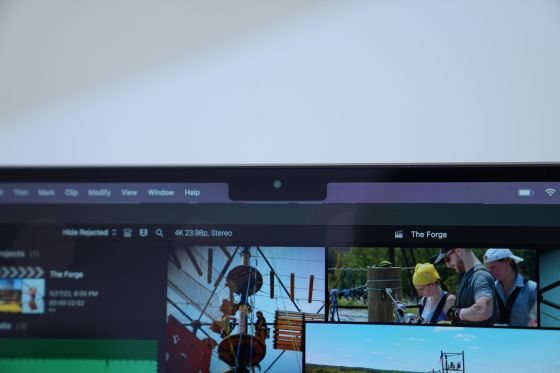 The camera built into the notch has a resolution of 1080p, which is higher than the 720p of the MacBook Air with M1. Apple emphasizes camera performance as 'the resolution and camera performance in dark places are twice that of the previous generation model.' Engadget says, 'When I started FaceTime and checked the images that could be shot, I felt it was beautiful.' However, in the hands-on corner, it was not possible to verify the performance in a dark place. 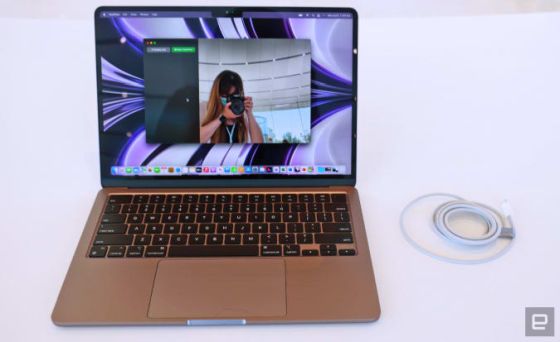 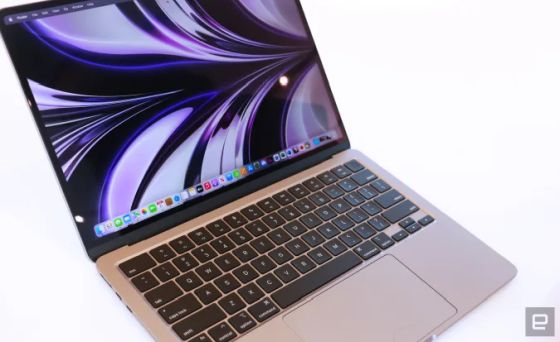 ◆ Adopted MagSafe
On the left side of the M2-equipped MacBook Air, there is a charging port 'MagSafe' that sticks with magnetic force. In addition, two Thunderbolt ports are installed, and both Thunderbolt ports can be used even while the main unit is charging. 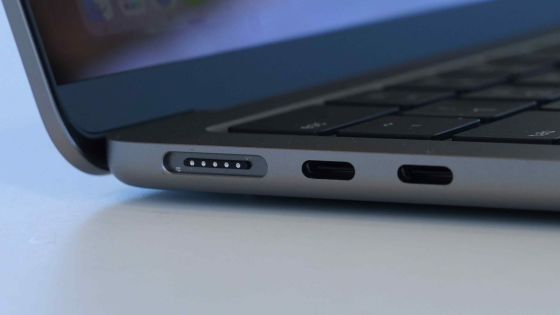 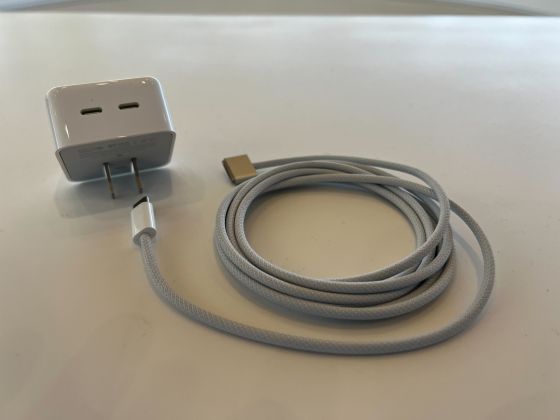 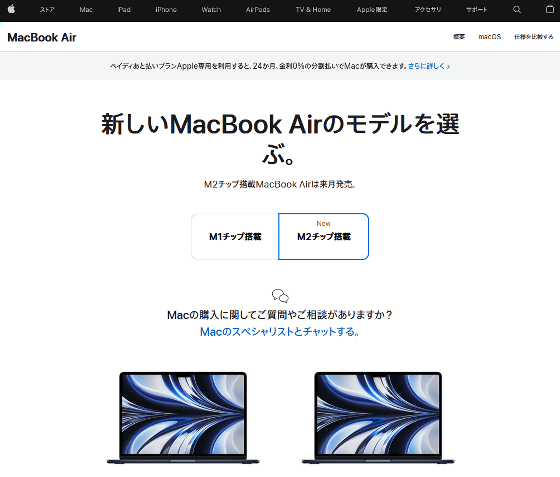 In addition, you can check the announcement contents of M2 equipped MacBook Air at WWDC22 at the following link.

Introducing the 'MacBook Air' reborn with a new design equipped with M2 and a thickness of 11.3 mm --GIGAZINE