NASA's Mars helicopter 'Ingenuity' succeeded in the 28th flight, and a movie that connects aerial photographs of Mars is also on sale The helicopter ' Ingenuity ' sent to Mars together with NASA's Mars probe ' Perseverance ' is an unmanned helicopter designed for the first 'powered flight on a planet other than the earth' in human history. Ingenuity made its first successful flight on Mars on April 19, 2021, and has continued to fly since then, with a whopping 28 flights at the time of writing the article. Ingenuity has released a video that combines the photos taken during the 25th flight and makes you feel as if you are flying in the sky of Mars.

Ingenuity Was Supposed to Have Only 5 Flights. Watch Its Glorious 25th Flight on Mars!
https://www.sciencealert.com/ingenuity-was-supposed-to-fly-5-times-here-s-video-from-its-insane-25th-flight-on-mars

Since the atmosphere of Mars is only about 1% of the Earth, it is difficult to fly a helicopter like the Earth. To fly on Mars, where the atmosphere is thin, Ingenuity has two 1.2-meter wings that rotate in the opposite direction at 40 revolutions per second (rotor), and one Mars with a lithium-ion battery charged by a solar panel. It is possible to fly 90 seconds per day.

Ingenuity, which was sent out with Perseverance with hope, succeeded in the first 'powered flight on a planet other than the earth' in human history on April 19, 2021. You can see a video of Ingenuity flying in a fluffy manner from the following article. Initially, Ingenuity was scheduled to have five flights during the mission, but NASA announced an indefinite extension of the mission because it was able to operate without problems even after five flights. At the time of writing the article, 28 flights were successful, the total flight distance is 6909 meters, the maximum altitude is 12 meters, the maximum speed is 5.5 meters per second, and the total flight time is about 54 minutes. 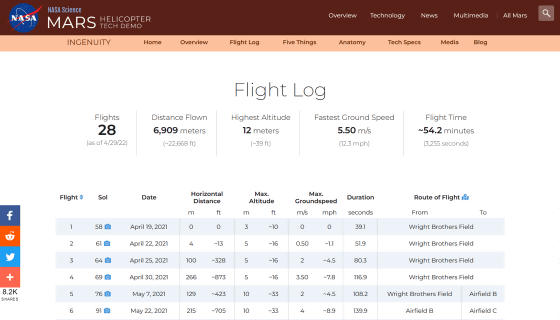 Ingenuity has also released a video that combines photos taken from the air on the 25th flight and makes you feel as if you are flying over Mars. Ingenuity flew a long distance of 704 meters on this 25th flight and set a record of 5.5 meters per second at the maximum speed.


The first image was taken one second after the start of the flight at an altitude of about 1 meter, and the shadow of Ingenuity is clearly visible on the ground. 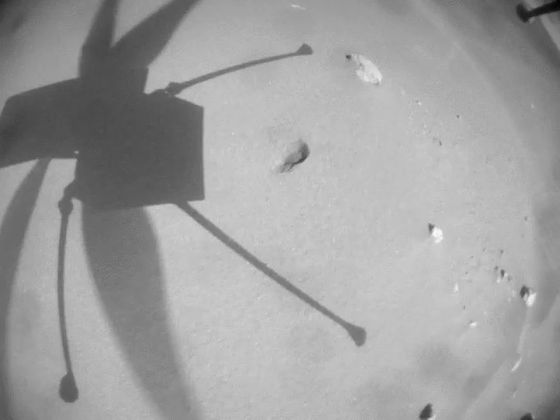 It rises in the vertical direction at once …… 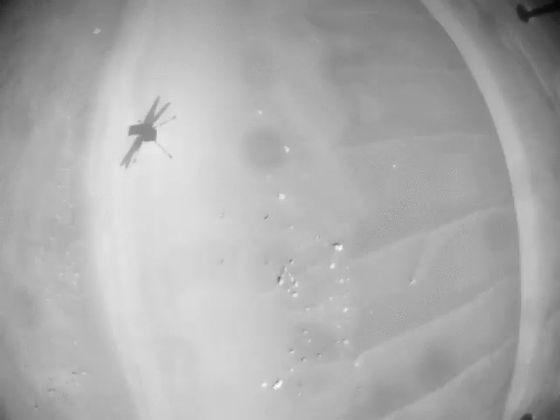 It reaches an altitude of about 10 meters. 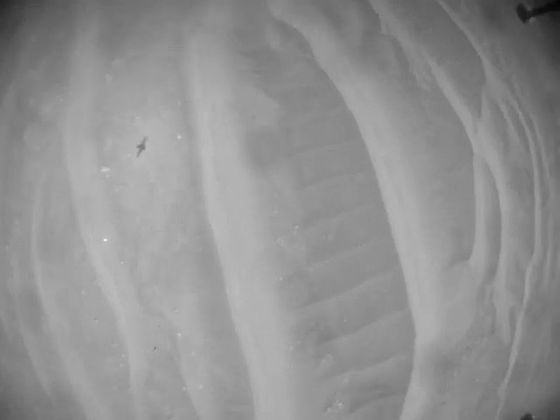 Then it flew southwest and accelerated to the maximum speed in less than 3 seconds. Ingenuity flights are based on commands sent by NASA via Perseverance, but during the flight, Ingenuity sensors collect and analyze data in real time to fly autonomously. 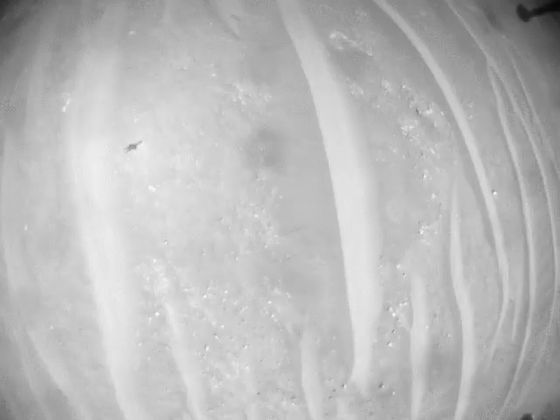 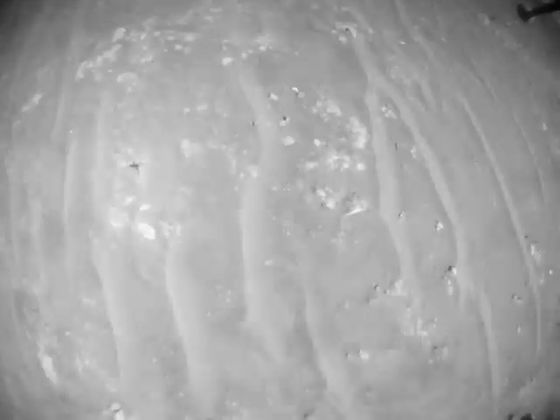 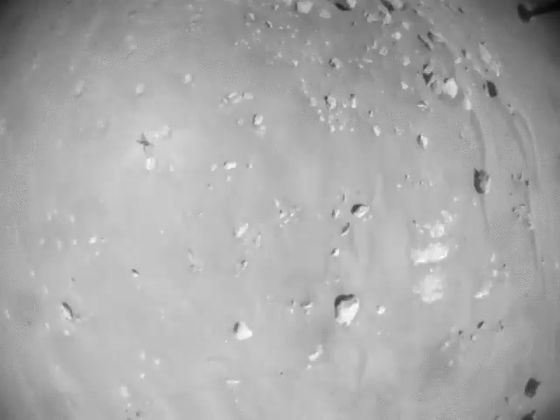 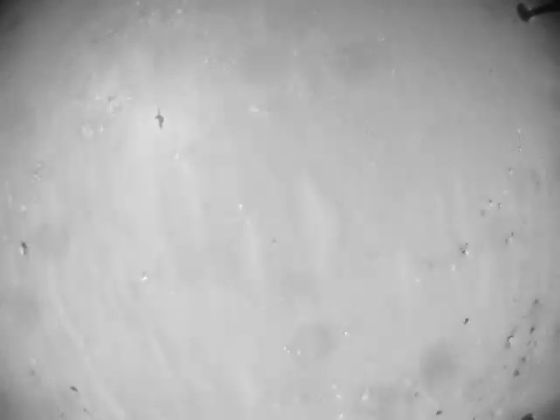 The video ended when the altitude was lowered. In addition, it seems that the total flight time of this flight was 161.3 seconds, but since the video is a combination of captured images, the time is compressed to less than 35 seconds. 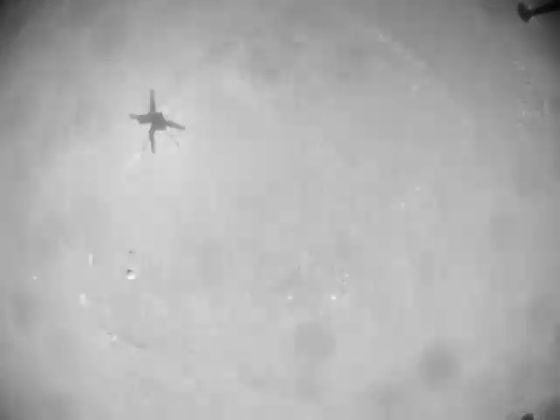 'On our record flight, Ingenuity's downward navigation camera is 33 feet (about 10 meters) from the surface of Mars,' said Teddy Tzanetos, engineer and leader of the Ingenuity team at NASA's Jet Propulsion Laboratory . ) Gliding at a height of 12 mph (about 19 km / h), giving me a breathtaking sensation. '