I tried 'Yukimi Daifuku x Kikufuku' supervised by Kikusuian, where creamy matcha ice cream with the concept of 'tea to eat' is irresistible. Kikufuku ', appeared on May 17, 2022 (Tuesday). The new ice cream, which is based on the concept of ' Kikufuku Matcha Cream Daifuku ' with the concept of 'tea to eat,' is a matcha ice cream made with Uji matcha from Kyoto, wrapped with azuki beans from Hokkaido, and wrapped in soft mochi. That. I actually bought and tried it to enjoy the warm Japanese taste like eating tea and the cool Japanese sweets that you can taste the soft mochi of your choice.

Reproduce the taste of 'Kikufuku (Matcha cream)' with the concept of tea to eat ????

Pre-sale at convenience stores nationwide, some stores of 'Kikusuian' and 'Ocha no Igeta' EC site! ️ Looking at the raw material column, 'Azuki bean', 'mochi rice flour', 'matcha', etc. were listed. Calories are 86 kcal per 47 ml. Since it contains 2 pieces, it will be 172 kcal if you eat them all. If you look at the cross section, you can see that the green tea ice cream in the mochi is wrapped in red bean paste. 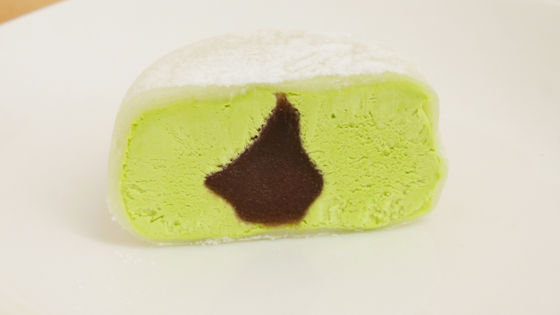 When you eat a bite, you can feel the rich aroma of matcha and the elegant flavor of red bean paste, as well as the chewy texture that is both fluffy and chewy. The matcha ice cream made from Kyoto Uji matcha is creamy and has no bitterness that comes to mind when you hear it as matcha, so it was a truly 'eating tea' ice cream that you can enjoy a warm and gentle matcha. 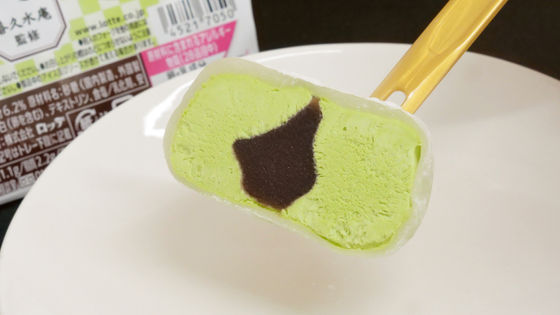 'Yukimi Daifuku x Kikufuku' supervised by Kikusuian has been available for purchase at convenience stores nationwide from May 17, 2022 (Tuesday), and the suggested retail price is 194 yen including tax. In addition, it is said that it is also available at some stores of Kikusuian and Igeta Seicha EC site, but it was out of stock on the official site of Kikusuian.