The savior who defeats the evil boss with Tyman in response to the summoning of other players in the Elden Ring achieves 1000 defeats of Malenia, and is praised as 'the true King of Elde' From Software 's ' ELDEN RING ' released on February 25, 2022 is a popular title that has exceeded the cumulative worldwide shipment of 12 million units and the domestic cumulative shipment of 1 million units. This Elden Ring sells difficult actions, but the one that is known as a particularly strong enemy is 'Marenia, the Goddess of Corruption'. While many players are suffering from such defeat of Malenia, a fierce man who defeats Malenia alone in response to the summons of other players has achieved the '1000 times defeat of Malenia' and is attracting attention.

Originally, in the boss battle, it is Elden Ring that remembers the movement of the enemy while suffering many defeats and gradually advances the strategy, but among them, as a difficult enemy, many players have been licking bittern. Is Malenia. It became a hot topic in the overseas game community that it would defeat such Malenia alone in the world of other players, 'Let me solo her' by a half-naked dual wield man who wore acupoints. Te) ”. In Elden Ring, you can summon other players in online multiplayer, but in the case of free matching, it is only called under 'the opponent with similar level and weapon enhancement'. In the case of matching using the secret word, the level is adjusted to the 'player who summoned'. Therefore, Let me solo her is not unrivaled by raising the level, but continues to defeat Malenia with outstanding play skills. Also, Let me solo her hates the help of summoners, and if she can't fight solo, she will return to her own world.

A series of fading people saved by the evil boss of ELDEN RING and the legendary solo player who appears dashingly 'Let's do it with Sashi', it is too popular and even fan art and three-dimensionalization are realized as soon as possible --GIGAZINE 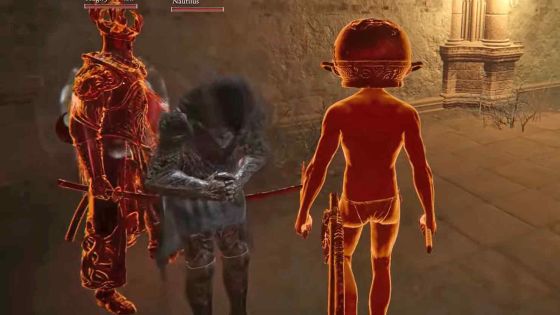 The popularity of Let me solo her overseas is tremendous, and not only fan art is drawn and made into figures, but also MODs that allow you to summon Let me solo her as ashes have appeared.


Let me solo her has continued to defeat Malenia even after the defeat of Malenia became a hot topic, and on May 11, 2022, we delivered on YouTube that we will finally achieve 1000 defeats. Due to the use of password matching, the level has been adjusted to the summoning player, but the distribution has defeated Malenia 'solo' a total of 19 times. If you look at the distribution, you can see that the red super chat has been thrown many times and is loved by the viewers.


At the start of distribution, the number of defeated Malenia in the upper right of the screen is '981' as shown below. 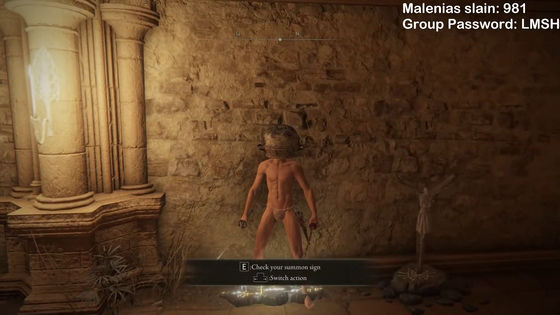 The challenge to defeat the 1000th Malenia in just over 2 hours and 10 minutes has started. Let me solo her will quickly defeat Malenia in less than 5 minutes at the earliest. 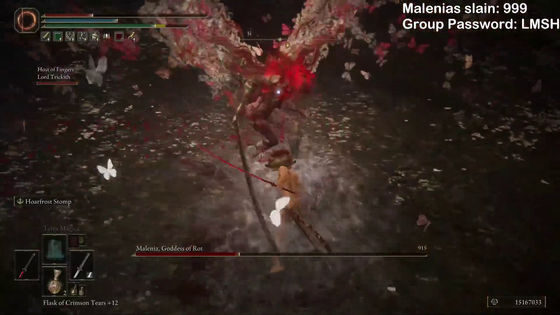 While fighting a fierce battle 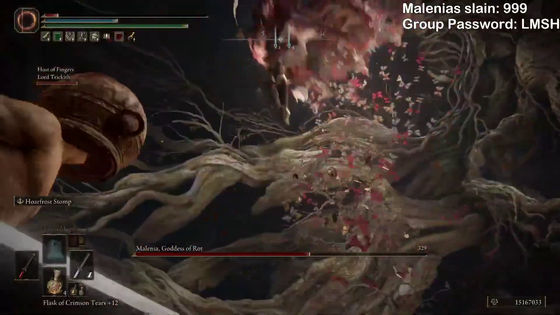 Finally succeeded in defeating Malenia for the 1000th time. 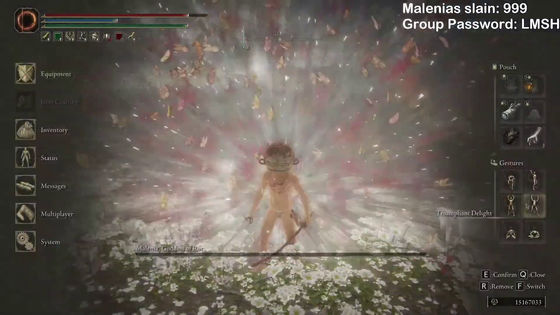 Let me solo her who repeats the guts pose unintentionally. 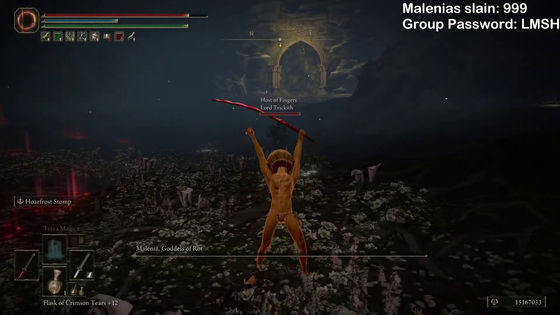 A summoner who praises Let me solo her's achievements with the gesture of 'the whole golden rule'. 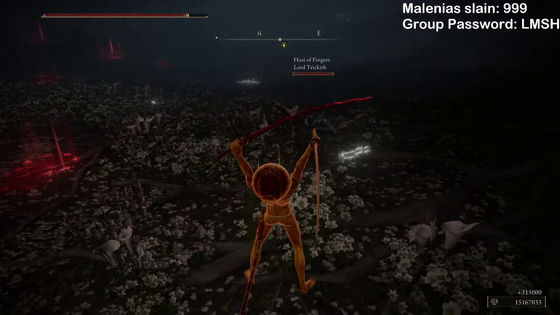 After achieving the 1000th defeat, Let me solo her thanked the viewers, 'Thanks for your support. I couldn't have achieved this without you,' two laps. I'm starting an eye game. He added, 'I was contacted by BNE NAMCO the other day to give me a special gift. I am very much looking forward to what I will receive. (Because I started the second lap) I will do my best to fight Malenia again as soon as possible.' .. While praises such as 'I was helped to defeat Malenia the other day' and 'I'm the true king of Elde!' Were gathered from the viewers of the broadcast, 'The battle was poor' and so on. There are also voices that distort me solo her.

In addition, because Let me solo her became famous, 'bowing at the time of summoning', 'skipping the event movie', and 'giving up the battle even if it doesn't work' have become common sense among soul series lovers. Some people are worried that more players will break local rules such as 'no' and 'help each other rather than stand by'.