'Optimal sleep time' for middle-aged and older people was found, according to a survey of about 500,000 people 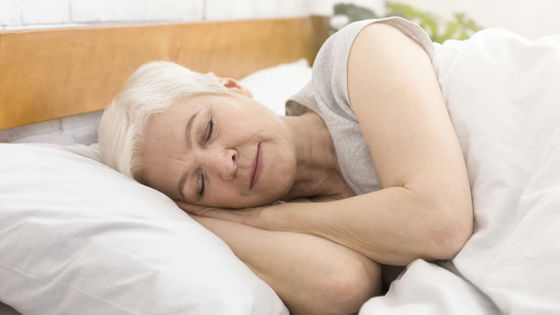 From the results of follow-up health examinations in which about 500,000 people from their late 30s to early 70s participated, the optimal sleep time for middle-aged and elderly people to maintain good mental health, happiness, and cognitive ability was determined. I did.

A study conducted by Yuzhu Li of the University of Rehabilitation in China and Barbara Sahakian of the University of Cambridge in the United Kingdom found that volunteers aged 38-73 were enrolled in the UK Biobank for long-term tracking of middle-aged and older health in the United Kingdom. Analyzing the data of 8,277 people. Of these 500,000 volunteers, about 48,500 took images by functional brain imaging , and about 157,000 responded to a mental health questionnaire, including these data. And conducted a comprehensive analysis.

Below is an image that summarizes the analysis results in a graph. Each graph shows the relationship between the score (vertical axis) and sleep time (horizontal axis) of cognitive function measurement tests such as Fluid intelligence (inference puzzle) and Numeric memory (short-term memory test). Since there are two types of tests, one that competes for the score obtained and the other that competes for the clear time, the top and bottom of the parabola are different for each event, but in each case, the best result is obtained with a sleep time of 'about 7 hours'. increase. 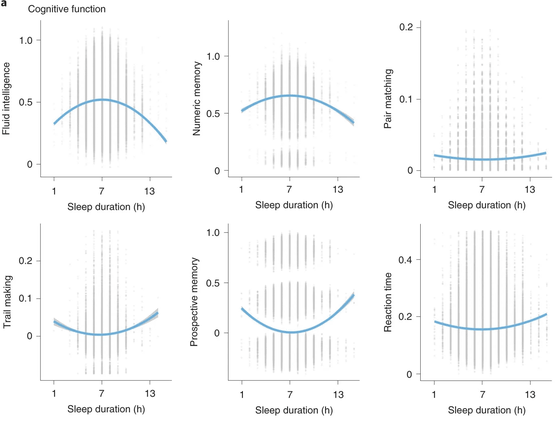 The relationship between mental health-related scores (vertical axis) such as Anxiety symptoms and Depressive symptoms (vertical axis) and sleep time (horizontal axis) obtained by the questionnaire survey is as follows. Again, each score is the best around 7 hours of sleep.