Is it possible to measure the 'complexity of human behavior' simply by choosing the dice roll? 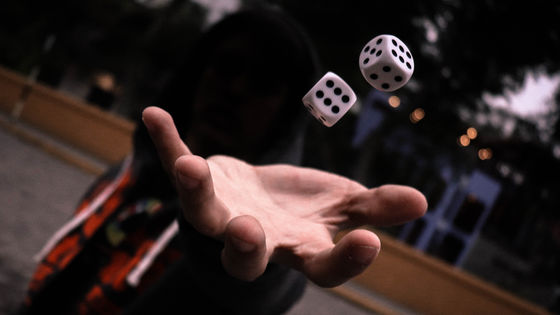 Russell Goldenberg, a developer who is coding with Svelte , has released an experimental site to investigate whether the research that 'complexity of human behavior peaks around 25 years old' is really correct. increase.

We think this cool study we found is flawed. Help us reproduce it.
https://pudding.cool/2022/04/random/

A 2017 paper published by a research team at the Katrinska Institute in Sweden reveals that the complexity of human behavior peaks at the age of 25 and continues to decline in the 60s. ..

You are at your random best around age 25 | The Straits Times
https://www.straitstimes.com/singapore/you-are-at-your-random-best-around-age-25

The research team gathered subjects aged 9-91 years and asked them to perform a random item generation task (RIG). RIG mainly evaluates cognitive ability with tasks such as 'randomly select the front and back of a coin like when actually throwing a coin' and 'randomly select a roll like when actually throwing a dice'. It is used for such purposes. By analyzing the results of this RIG with an 'algorithm that estimates the complexity of human behavior,' 'how randomly the subject chose the front and back of the coin and the roll of the dice' was evaluated.

As a result, it was found that the randomness of the subjects (complexity of selection) peaked around the age of 25. After that, it has become clear that the test score will decline after that, although it will remain at a high level until the 60s. In other words, the research team points out that the complexity of human behavior peaks around the age of 25 and declines in the 60s. 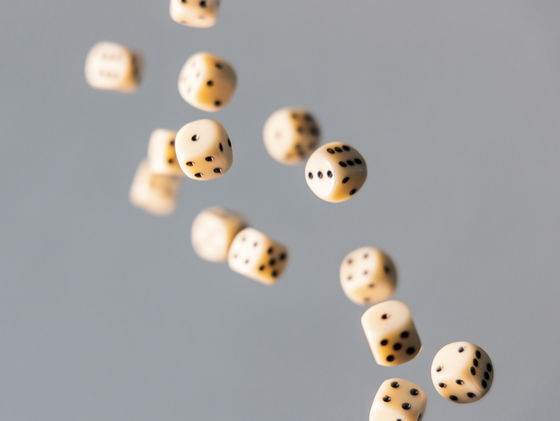 The study revealed what tests were used to measure the complexity of a subject's behavior, so Goldenberg said, 'Is it possible to infer age from user-performed tests?' We have created and published a site that estimates the age of users from a simple test.

We think this cool study we found is flawed. Help us reproduce it. 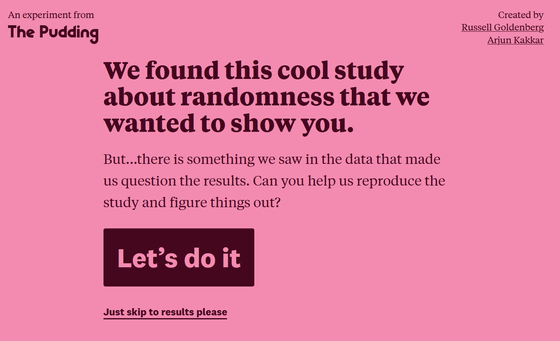 The first challenge is a test that selects the front (Heads) and back (Tails) of the coin 12 times. You need to choose the front and back of the coin to line up randomly, just as you would when you actually toss a coin. 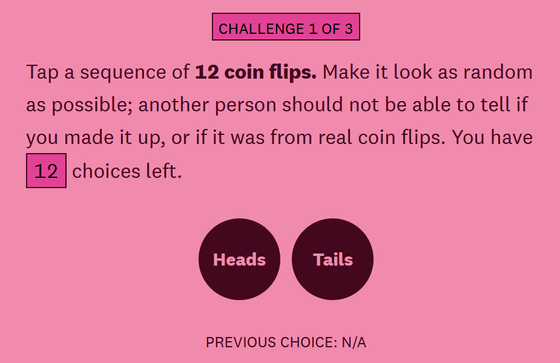 Then, a test was conducted in which the dice rolls were randomly selected 10 times. 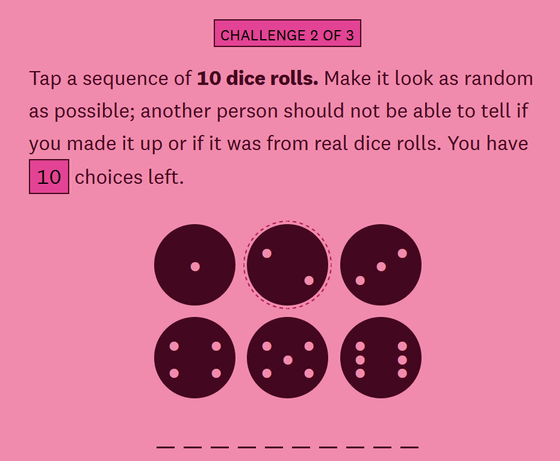 The last test is to randomly select 9 points 10 times. 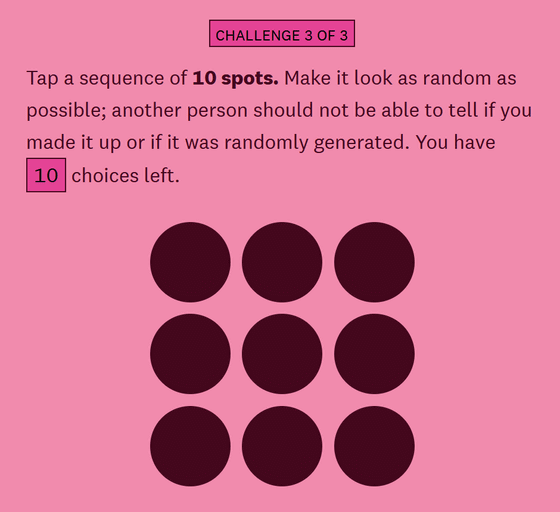 When I ran three tests, it said, 'As a result of the test, you were estimated to be under 60 years old.' The user can then adjust the slide bar to show how old he is.

psychological studies are irreproducible , we also thought that studies on the complexity of human behavior were suspicious,' Goldenberg explained as to why he published a site that infers age from RIG results. I am. Regarding the reasons why many psychological studies are irreproducible, Mr. Goldenberg said that 'decisions made by researchers', 'cases where participants misunderstood instructions', or 'participants intentionally failed experiments'. It is possible that the 'case that I tried to make' became a filter that twists the research results. For example, in the case of a test on dice rolls, entering the same number for all 10 roll selections corresponds to 'a case where a participant intentionally tries to fail the experiment'.

The results of the test that randomly selects the front (H) and back (T) of the coin of the user who conducted the test on Mr. Goldenberg's site are as follows. The vertical axis of the graph shows the complexity of selection (randomness), and the horizontal axis shows age. The blue line shows the average score by age, with peak scores, or the most complex choices, around the age of 30. 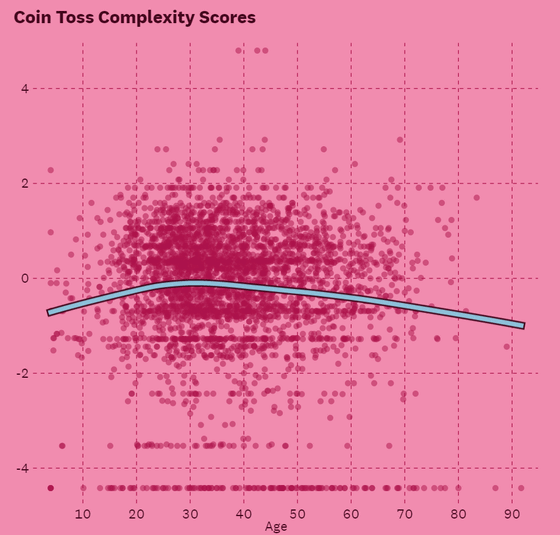 However, when I removed the 'case where participants intentionally tried to fail the experiment', which is a filter that twists the research results, the average score for each age did not decrease. The graph below shows the results of analyzing all three tests that can be performed on Mr. Goldenberg's site. The average score for each age is shown by the blue line, and the result that 'the complexity of human behavior peaks at the age of 25' as in the original paper is not obtained. At the time of writing the article, it is stated that 29,025 people participated in the test. The average score when 'the case where the participant intentionally tried to fail the experiment' is excluded from this is as follows. 'My hypothesis is that if you exclude'cases where participants deliberately try to fail an experiment', the score will be constant. If we're right, age and randomness of choice. There is no evidence to support the correlation between them, 'he said, pointing out that the conclusions of the original study were twisted. In addition, the more people who participate in the test, the more accurate the results will be, so 'I especially want people over the age of 60 to participate in the test.'