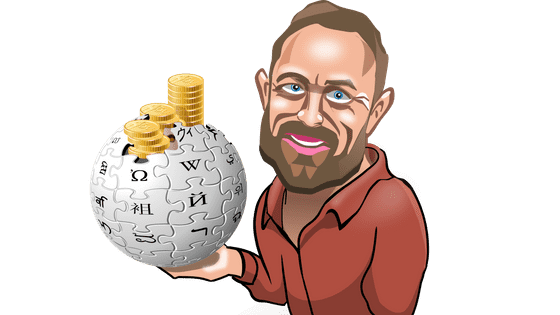 The Wikimedia Foundation, which operates the Internet encyclopedia Wikipedia, was voted on a proposal to stop accepting donations in virtual currency, and it was resolved by a majority of 232 to 94. The Wikipedia community cites too much energy in cryptocurrency mining as a major issue.

There was a voice on the Internet that they wanted to donate in virtual currency to Wikipedia, which is operated mainly by donations without relying on advertising revenue. In response to this, Wikipedia announced in August 2014 that it supported donations in Bitcoin. So, Wikipedia editor Gorilla Warfare solicited opinions from January 10th to April 12th, 2022 on the ' Request for Comments ' page for comments, and asked the Wikimedia Foundation to use virtual currency. We discussed a proposal to stop accepting donations.

Various opinions were exchanged during the discussion, but the most prominent one was the concern about the environmental burden. According to the Bitcoin Energy Consumption Index , which is an estimate of how much energy Bitcoin consumes, the Bitcoin network consumes about 200 TWh of energy annually. This is about the same as Thailand's total energy consumption, which has a population of 70 million. 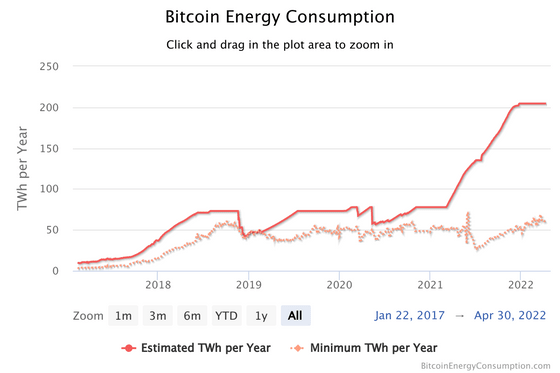 In this regard, Gorilla Warfare, who raised the agenda, said, 'Cryptocurrencies are a very risky asset and are only becoming more popular with private investors. They are also the most commonly used Bitcoin. Ethereum operates on an algorithm called

Proof of Work, which uses enormous amounts of energy. '

On the other hand, users who advocate the acceptance of virtual currencies said, 'Since most of the energy usage of Bitcoin is due to mining that is almost unrelated to the number of transactions, even if we stop accepting Bitcoin, it will reduce carbon emissions. 'There is no limit,' he said. 'Some people live in areas where they do not have access to banking services or where freedom of speech on the Internet is not guaranteed.' There was also an opinion that it works to help support the free internet. 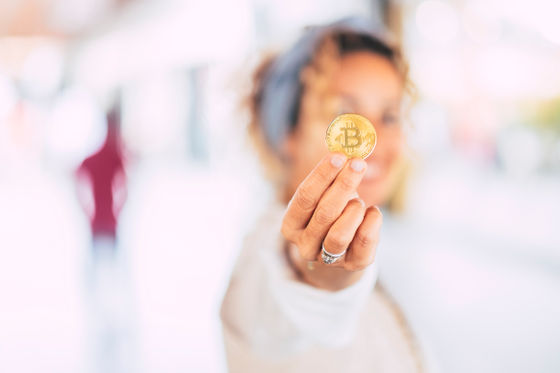 Eventually, about 400 Wikipedia users participated in the discussion and voting. As a result of excluding voting by unregistered users and new accounts, 232 to 94 and 71.17% of the total agreed with the draft, that is, Wikipedia opposed accepting donations in virtual currency.

However, since this resolution is only a recommendation of Wikipedia users, the Wikimedia Foundation has no obligation to stop raising funds in cryptocurrencies. In a statement to the IT news site Ars Technica, the Wikimedia Foundation acknowledges the request from the community to consider ending the acceptance of donations in cryptocurrencies. The funding team is in the process of reviewing discussions related to this request and will announce additional information as soon as the review is complete. '