What is the performance of the artificial satellite that uncovered the atrocities of the Russian army? 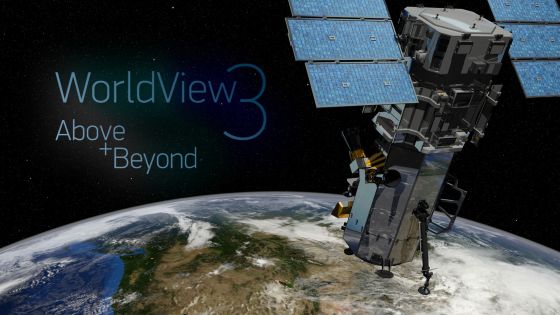 Ukrainian Under Secretary of Defense Hannya Mallar announced on April 3, 2022 that Ukrainian troops had retaken the entire Kyiv (Kyiv) from Russian troops. Along with this, media companies entered Kieu, and a large number of bodies believed to be civilians were found in Bucha, located northwest of Kieu. Russia claimed that it was 'disinformation prepared by Ukraine to launch an information war' about the body discovery report, but the news giant New York Times was taken by satellite images taken by artificial satellites and on-site. By analyzing the images, we have found out the fact that 'the body was left on the street before the withdrawal of the Russian army'. According to Maxar, WorldView-3 orbits at an altitude of 618 km, and depending on the climatic conditions, it is possible to shoot the same point twice a day. Due to this feature of 'capturing the same spot with high image quality and high frequency', 'the satellite image taken on February 28, before the invasion of Bucha, does not show the body, and the Russian army is controlling Bucha. The satellite image taken from March 11th to 30th clearly showed the body, 'which proved the slaughter of civilians by the Russian army.