How has the 20-year-old Mozilla Firefox user interface changed? 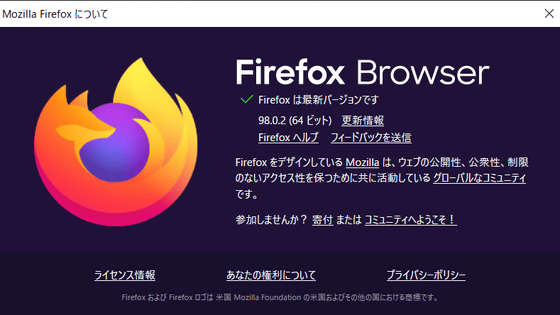 Firefox is a free and open source web browser developed by the Mozilla Foundation and its subsidiary Mozilla Corporation . MS_Y , a Korean engineer, explains the transition of Firefox's user interface (UI), which has a history of about 20 years, on GitHub.

The UI of Phoenix is below, and it features a prominent orange button. However, after that Phoenix

changed its name to Firebird and then from Firebird to Firefox. Firefox version 1.0 was released on November 9, 2004. The UI at that time was similar to Internet Explorer 6 , which had an overwhelming share of the web browser market at the time.

Firefox versions 1.0, 2.0, 3.0 from the top. Mr. MS_Y said that the features of the UI in these versions are 'easy to understand because the icon has only one role', 'adopting a unique color for each icon', 'mismatch with the OS UI', and 'the size of the space occupied by the UI'. 'Inconsistency in icon size and texture' is mentioned. 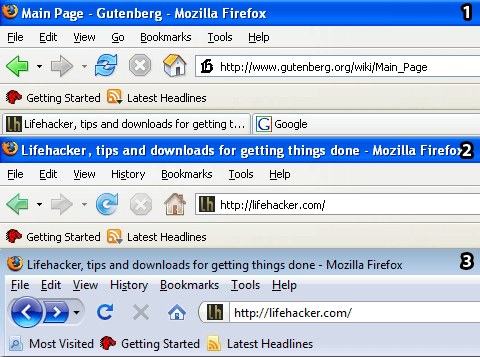 Internet Explorer 7, Chrome, Firefox version 3.5 UI side by side. MS_Y points out that the complicated toolbar structure, especially the menu bar and UI occupying space, was a problem with Firefox's UI up to version 3. And with version 4, released in 2011, the Firefox UI has changed a lot. An orange app menu button has been added to the upper left, resulting in a calm overall design. In addition, it supports 'Aero Glass' which makes the frame of the screen semi-transparent with the standard function of Windows 7. Furthermore, we unified loading stop and reload into one button, and moved the tab to the top of the URL field. It has a much cleaner design than the UI before version 3. 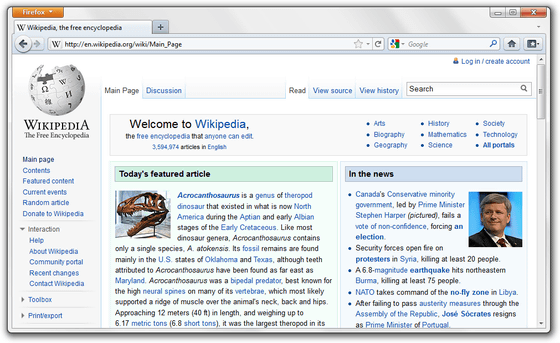 What MS_Y appreciates most about this UI is the app menu button in the upper left. By combining all the various functions that were previously displayed on the browser with buttons into the app menu button, the UI space has been saved on the screen. Furthermore, the color of this app menu button changes depending on the browser usage status and update channel, such as orange for the official version, purple for the privacy mode, and blue for the previously released development version Nightly. 'This color difference acts as a browser identity and is good for branding,' MS_Y said. In addition, version 4 has redesigned the browsing 'forward' and 'back', favorites, and reload buttons. Despite its simple design, the color of the button and the three-dimensional design make it possible to tell at a glance whether the button is active or not. 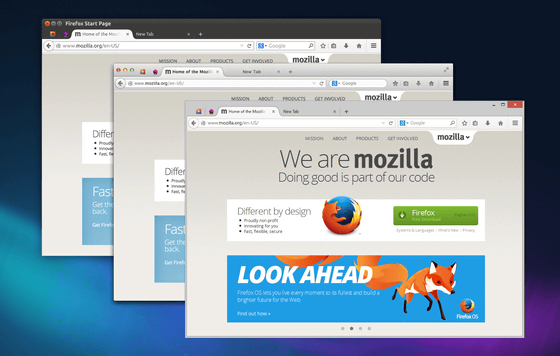 The overall rounded design was considered in the

Specifically, the tab headings and the four corners of the window are rounded. In addition, inactive tabs are now less noticeable. The overall menu layout etc. was designed using a

heat map . In addition, some ideas such as making the pop-up at the time of bookmarking an animation display have been incorporated. Also, from version 34, you can change the theme in customize mode. In addition, the UI can now be customized by dragging and dropping, making Firefox more extensible than other browsers.

In addition, the app menu button in the upper left has become the hamburger icon in the upper right, and the menu displayed by clicking this hamburger icon has become an icon panel display format that can be customized by dragging and dropping. MS_Y said the change was due to Mozilla's ambitious decision to 'integrate the PC version of Firefox with the smartphone and tablet versions,' resulting in controversy from users. increase. And, until now, the setting pop-up had a structure in which multiple windows opened ... Changed to tab management UI. This makes the settings popup cleaner and easier to see. 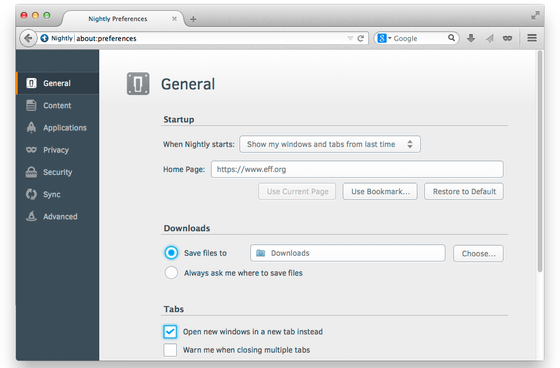 Firefox Quantum '. At the same time, a new UI called Photon UI has been adopted, and the screenshot function can be used as a page operation tool. Photon UI emphasizes the point that 'introducing animation with SVG Filmstrip technology and firmly visualizing various functions and operations'. It also has a function to change the color of the title bar according to the OS theme. 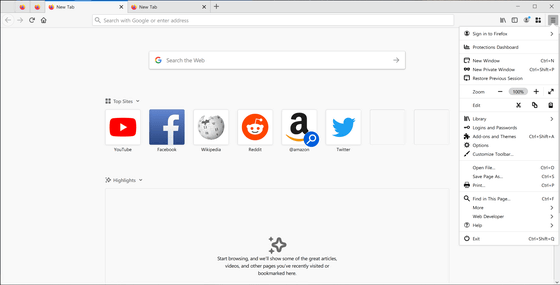 The rounded tab shape is now right-angled in the Australis UI, and the

favicon has been changed to SVG format base instead of PNG format.

And the menu has changed from panel icon format to list format. 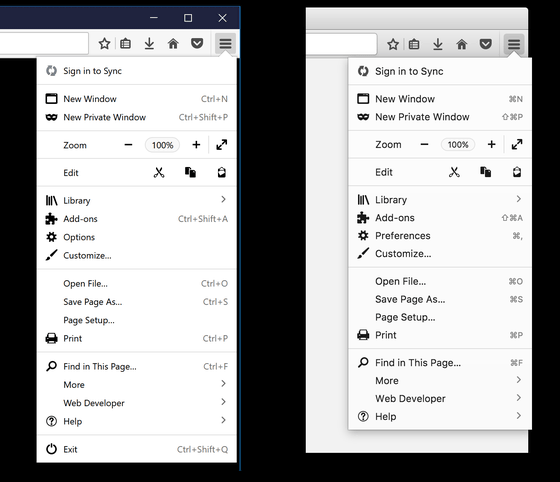 In addition, a 'Library' button has been added to group favorites, history, download history, and more. 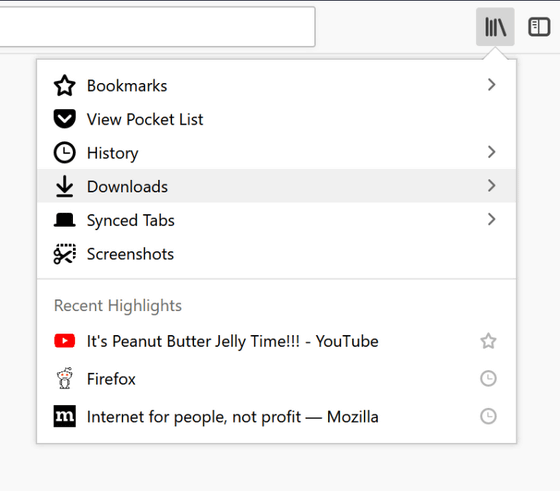 In addition, it also supports touch operation in tablet mode. 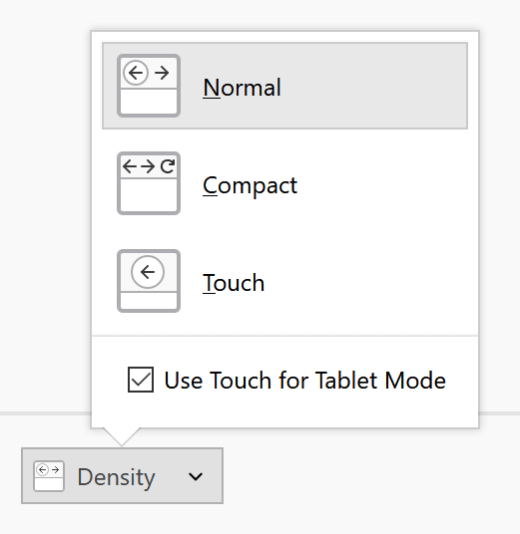 And since version 89 of Firefox released in June 2021, Proton UI has been adopted. 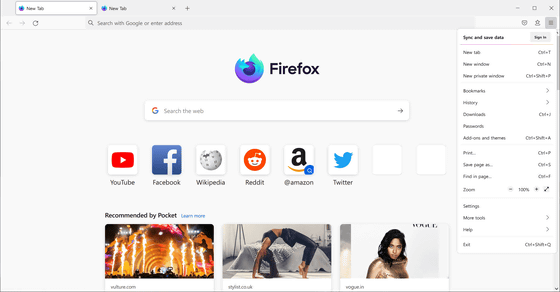 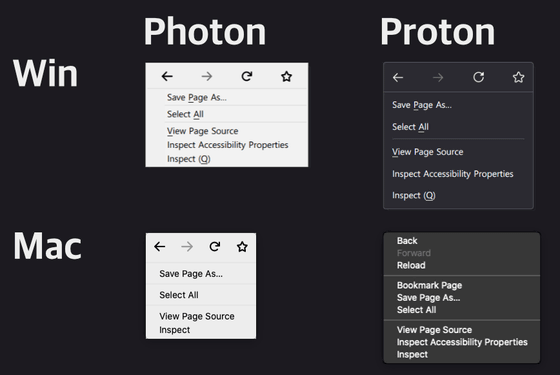 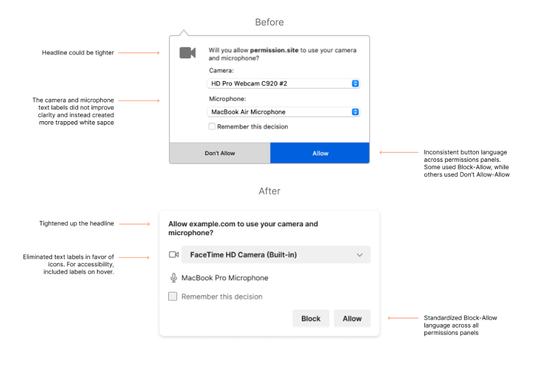 On the other hand, MS_Y says that the removal of the page action menu button in the Proton UI is 'most mysterious'. Other drawbacks include the confusion of tab indicators, the removal of animations and illustrations when registering favorites, and the change to run the tab search bar in the URL bar.