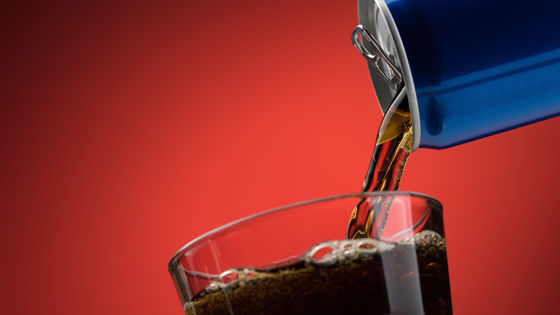 Artificial sweeteners that help reduce calorie intake and prevent tooth decay are widely used in everyday beverages and foods, but past studies

have shown that they can cause diabetes and are fatal infections. It has also been pointed out that it is causing a surge in . In addition, a new French study of more than 100,000 people found that ingestion of artificial sweeteners was associated with an increased risk of cancer.

In the EU, all artificial sweeteners used in food and drink must undergo and pass a safety assessment in advance. Similarly, in the United States, ' high-sweetness sweeteners ' that are sweet and low in energy must be approved by the US Food and Drug Administration (FDA) before they can be used as food additives. However, as the debate over the safety of artificial sweeteners has reignited in recent years, national health authorities have begun reassessing approved sweeteners.

Against this background, a research team led by Charlotte Debras, a nutritionist at the University of Sorbonne Paris Nord in France, conducted an experiment in 102,865 adults in France to investigate the relationship between diet and cancer risk. I did it. The average age of participants was 42.2 years, with 78.5% being female. By type of artificial sweetener,

aspartame accounted for 58% of total intake, followed by acesulfame K at 29% and sucralose at 10%.

Then, when the research team analyzed the consumption of artificial sweeteners of the participants against the information of cancer screening, the participants who took a large amount of artificial sweeteners, especially aspartame and acesulfame K, took it. The overall risk of cancer was higher than those who did not. Among them, aspartame had a particularly significant relationship between breast cancer and obesity-related cancer, the research team points out.