A woman who complains of 'against the war' intrudes into the live broadcast of Russian national television, and a message video taken in advance is also being released 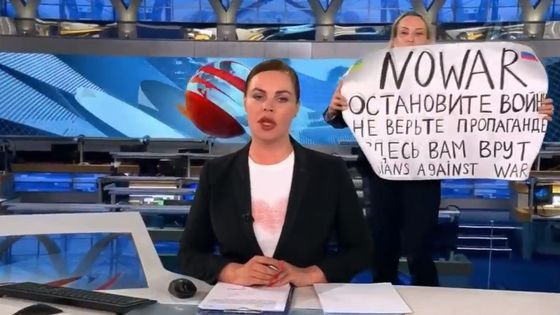 In Russia, which is conducting

a military invasion of Ukraine, media blackouts on civilians are becoming more intense, and people who participated in anti-war protests were arrested or guilty of leaving a message saying 'against war' on the snow. People who have been sentenced or just held up a blank placard have been arrested . Meanwhile, a woman broke into the live broadcast of channel 1 of Russia's national TV station, and an incident occurred in which a poster appealing for anti-war was put up.

Russia has cracked down on speech against the military invasion of Ukraine, arresting those who complain of anti-war, and at most if the Russian military-related information sent by reporters is regarded as 'fake news'. There is also a bill that imposes a 15-year imprisonment . The bill, also known as the 'fake news law,' has stopped Tik Tok from posting content from within Russia, abandoned coverage by various foreign media, and arrested the top editor of the Russian Wikipedia. increase. However, on the night of March 14, 2022, a woman with a poster appealing against the war broke in during the live broadcast of Channel 1, the Russian national television station. You can see the video of the actual intrusion of a woman in the following YouTube video posted by a Ukrainian movie studio.


The incident happened during the live broadcast of Channel 1's news program 'Wremja.' A female newscaster talked about sanctions on Russia by Western countries and cooperation with Belarus ... 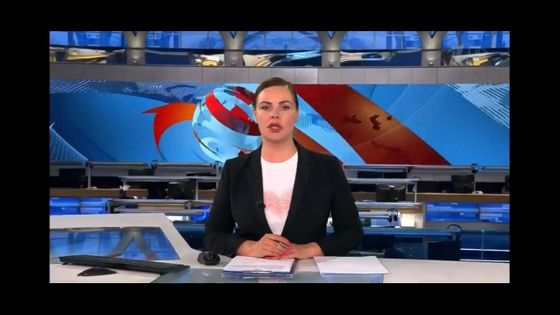 A woman with a poster appears from the right edge of the screen. 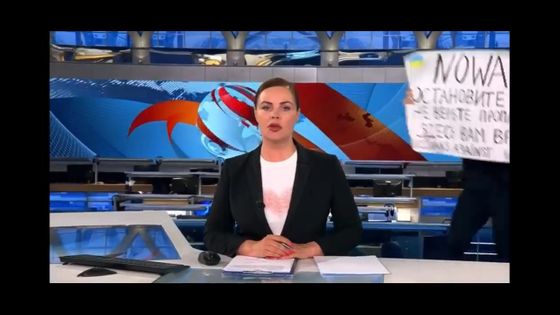 Women carry posters with the English word 'NO WAR' and the Russian word meaning 'Don't believe in propaganda. They are lying.' 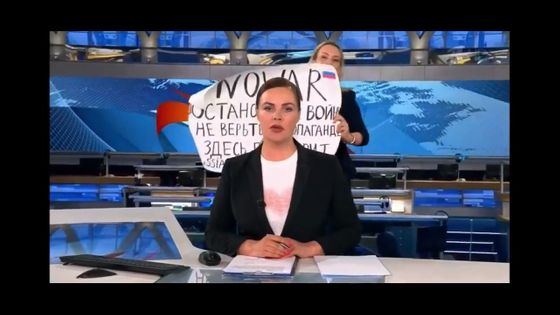 If you avoid the female caster who ignores the intruder and keeps commenting, you can read the English message 'RUSSIANS AGAINST WAR' at the bottom of the poster. I did. 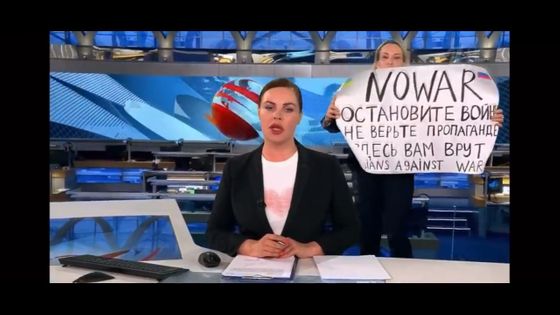 Immediately after this, the video switched from the studio and the woman disappeared. The woman who broke in was reported to be

Marina Ovsyannikova , an employee of Channel 1, and was detained by police after the incident. According to OVD-Info , a human rights group that fights political persecution in Russia, Ovsyannikova has been accused of violating the 'fake news law' for spreading misinformation about the military and 'spreading public anxiety. It seems that there is a possibility of being guilty in terms of 'ta'. 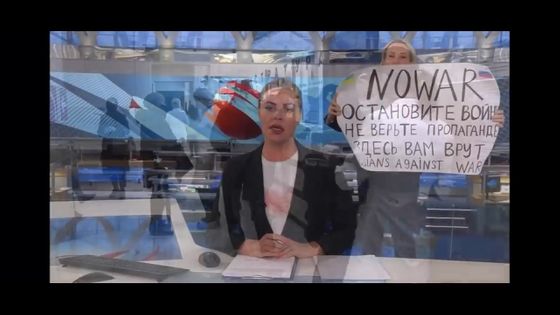 Ovsyannikova, who was expecting to be arrested, also shot a video message before the intrusion and can see it on a YouTube video. The video, shot in a place that looks like home, shows Mr. Ovsyannikova wearing a necklace with the colors of the Ukrainian and Russian flags. 'What's happening in Ukraine is a crime and Russia is an invader,' said Ovsyannikova. 'The responsibility for this invasion rests with one person, Vladimir Putin.' 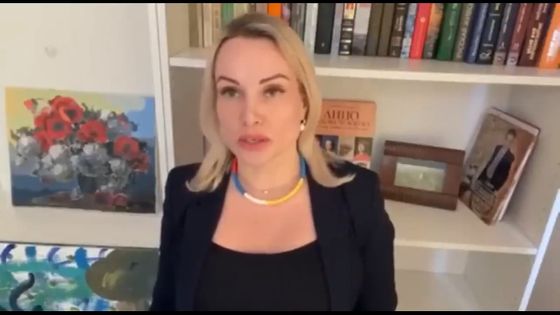 Ovsyannikova, who has a Ukrainian father and a Russian mother, said, 'Unfortunately for the last few years we have been working on the propaganda of Kremlin (a term for the center of the Russian government) on Channel 1, but now it is very much. I'm embarrassed, 'he said, claiming that he encouraged' Russian zombies 'by telling lies on television. 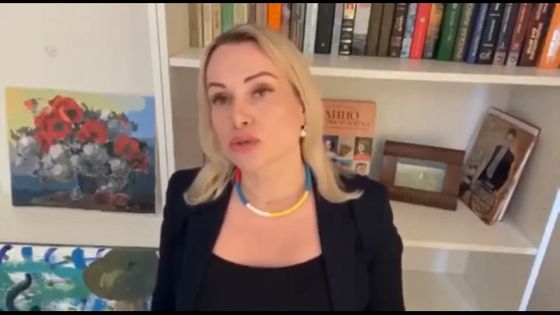 Ovsyannikova said he was silent during the

2014 Crimean Crisis, did not protest during the attempted poisoning of opposition leader Alexei Navalny , and silently watched the inhumane government at work. That. However, Ovsyannikova argues that the whole world is hostile to Russia in this military invasion of Ukraine, and that the stigma of this war will not disappear for the next 10 generations. 'We Russians are intelligent people who can think. Only our power can stop this madness. Let's go to protest. Don't be afraid of anything. They are us. You can't keep everyone locked up. ' 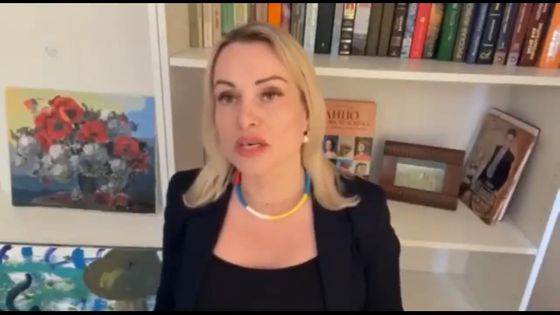