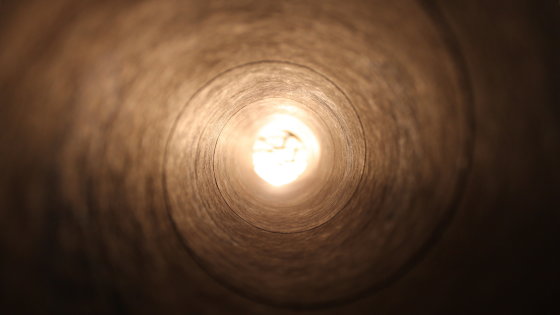 Many people may think of solar energy and wind power as the renewable energy used for power generation, but

geothermal energy, which is the heat inside the earth, is also one of the important renewable energies. Quaise , a startup spun out from the Massachusetts Institute of Technology (MIT), plans to 'dig an unprecedented deep hole and get terawatt-class energy from geothermal' to get the enormous energy that geothermal has. doing.

Why is geothermal power generation slow to spread? --GIGAZINE To solve the problem of few places where geothermal heat can be obtained, Quaise has set the goal of 'digging holes to a depth where geothermal heat can be easily obtained and obtaining enormous amounts of renewable energy.' Since spinning out from MIT in 2020, Quaise has raised a total of 63 million dollars (about 7.32 billion yen), which shows the high degree of attention.

At the time of writing the article, the 'deepest artificially dug hole' is the Kola Peninsula ultra-deep pit that was once excavated in the Kola Peninsula , Murmansk Oblast, in the northwestern part of the Soviet Union. The deepest part of the pit reaches 12,262m, but Quaise claims that it can dig deeper holes by using the latest technology.

There are various obstacles to excavating deep holes, one of which is that 'rock must be excavated in a high temperature environment of over 180 degrees Celsius'. In order to overcome this obstacle, Quaise is devising to use a device called a gyrotron instead of a drill for excavation in the ultra-deep part.

A gyrotron is a device that can efficiently emit a powerful electromagnetic radiation beam by using the kinetic energy of electrons that rotate at high speed along a magnetic field, and is mainly used to heat plasma in fusion reactions . increase. Quaise claims that by combining a state-of-the-art drilling rig with a gyrotron, it can melt rock and dig a hole about 20km deep in just a few months. At the bottom of the hole, which reaches a depth of about 20 km, the temperature of the bedrock reaches about 500 degrees, so it is possible to convert the liquid sent by the pump into steam etc. with geothermal heat and use it for power generation. Quaise plans to use the funds raised to develop a device that can be used for proof-of-concept experiments within the next two years, and plans to build a power generation system by 2026. In 2028, we would like to take over the old coal-fired power plant and convert it into a facility that uses the geothermal energy extracted from the dug hole to generate electricity.