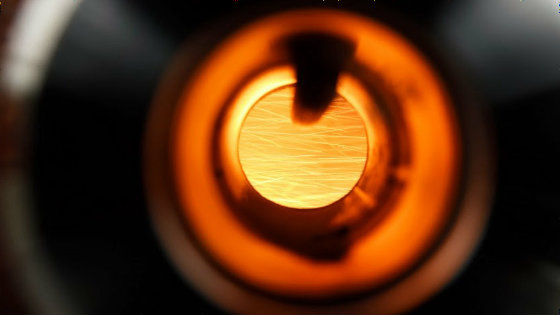 Companies around the world are focusing on finding renewable energies to replace fossil fuels, but how to generate energy from solar, wind,

geothermal , tidal and hydropower and make it available at the industrial level. , There are many challenges. Under such circumstances, a team of Dutch students has developed a new technology that 'produces energy by burning iron powder.' At the brewery, an attempt to 'provide all energy with a recycling energy system using iron powder' has actually started.

You can see how iron is used as fuel by watching the following movie. 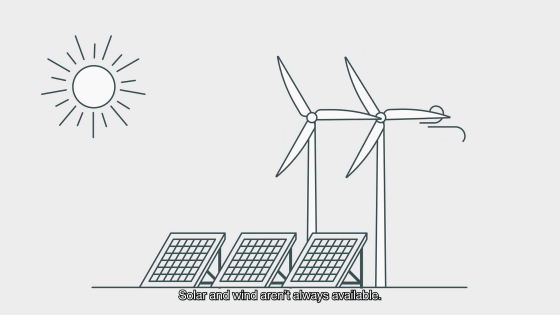 In addition, hydrogen and electric power require a large physical space to store energy, which is costly. 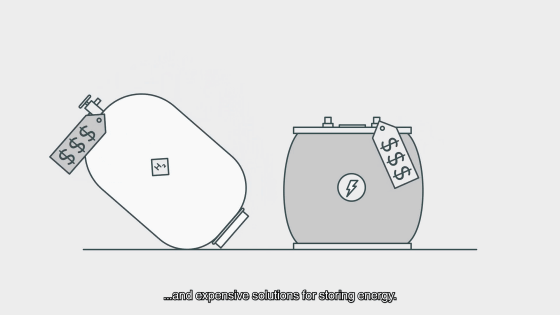 Therefore, the technology that 'generates energy from iron powder' is being developed to solve the problem. 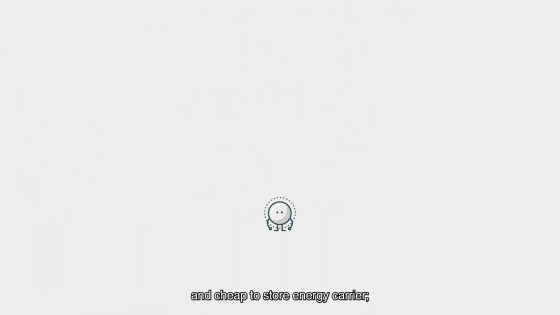 Iron powder is about 50 micrometers in diameter and does not require much storage space. 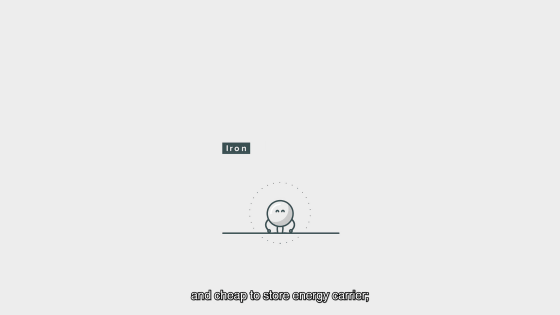 Like oil and gas, iron powder can generate energy by burning it. 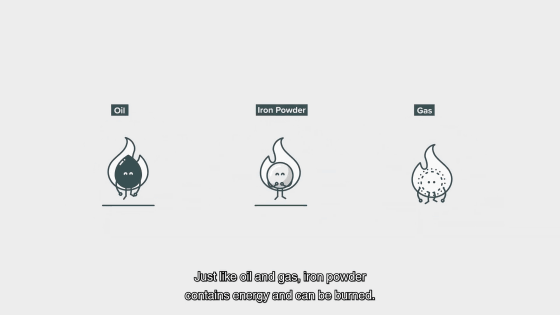 However, unlike oil and gas, it does not emit carbon dioxide when it burns. 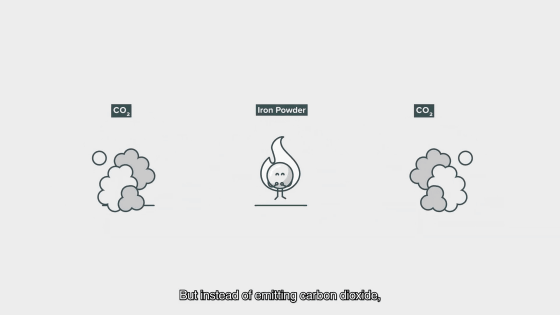 Only 'rust' comes out when iron burns. 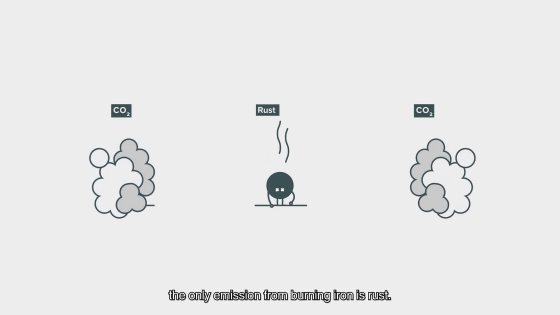 Steam can be produced with the energy of burning iron powder ... 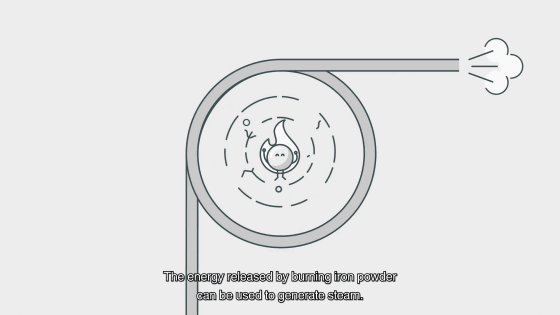 This steam can be used for industrial purposes. 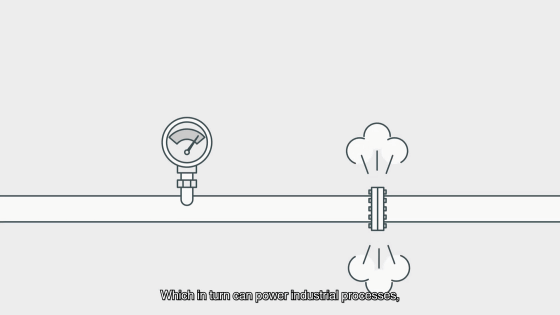 It is also possible to run a 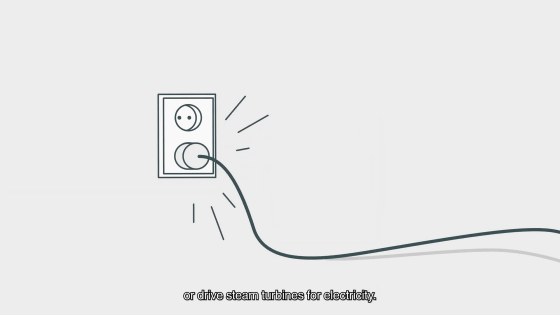 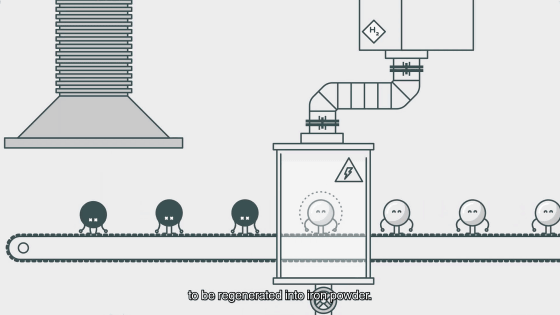 In this way, iron powder can be a fuel that can be used at the industrial level, but further development and scale-up are required to realize it. The student team 'SOLID' at Eindhoven University of Technology in the Netherlands is developing to use iron powder as an energy source. SOLID researchers are trying to partner with companies, and in November 2020 it was announced that the Dutch brewery Swinkels Family Brewers became the world's first company to use iron energy systems on an industrial scale. It was. Swinkels Family Brewers says that all the energy needed to produce 15 million beers a year is covered by the 'circulated iron fuel system' installed at the brewery.

This is the circulating iron fuel system in transit. Workers are pouring iron powder into the energy system of the Swinkels Family Brewers. 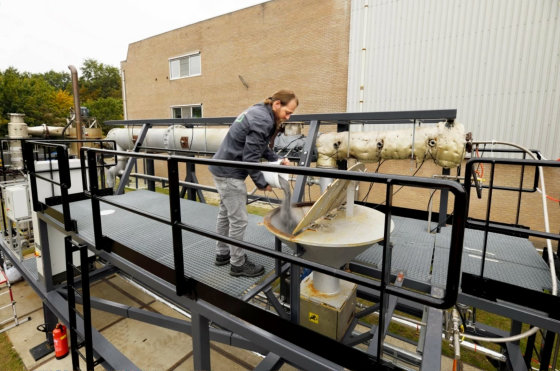 Peer Swinkels, CEO of Swinkels Family Brewers, said, 'Our job is a family business, and we think about things on a generational basis rather than a yearly basis, so we decided to invest in a sustainable and recycling-oriented economy. 'Through this innovative technology, we want to make the brewing process independent of fossil fuels. We will continue to invest in this innovation.'

Iron powder has the advantages of being relatively inexpensive as a fuel for clean energy, having a high energy density, taking up less space for storage, and being easy to transport. In addition, the points are that the combustion temperature is high, that cryogenic cooling is not required like hydrogen, and that energy is not lost due to long-term storage. According to a 2018 paper, the efficiency of a recycling-oriented energy system using iron powder is theoretically expected to reach about 40%. 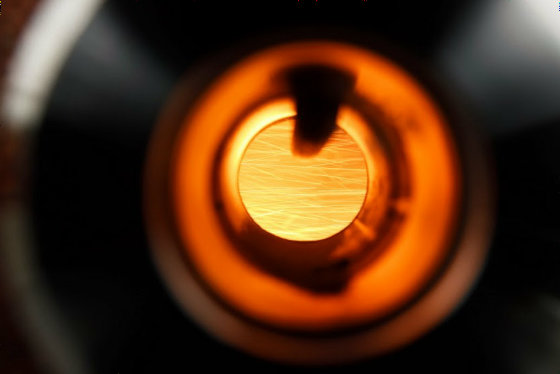 Chan Botter, who heads SOLID, was pleased that the system was used for the first time at the industrial level, but it went beyond this, 'We have already started follow-up to improve the technology and realize the 1 MW system. We are planning to prepare a 10 MW system in 2024. The goal is to replace fossil fueled power plants with sustainable iron powder power plants by 2030. '