What is 'SWIFT' that is attracting attention even in Russia's invasion of Ukraine, which supports overseas remittances? When transferring funds from one bank account to another, it may seem that the funds are moving between accounts, but in reality, the domestic exchange system is used as an intermediary system for coordinating a series of exchanges. I am. In the domestic exchange system, settlement between banks consists of transferring funds between accounts opened at the central bank of the home country, so the funds are not actually transferred when remittances are made from account to account.

For example, shortly before the financial crisis, an American who worked at a small financial institution in Gifu Prefecture, Japan, once paid a student loan. In this case, a remittance instruction was sent from an account held by an American to a small financial institution in Gifu Prefecture to Bank of Tokyo-Mitsubishi UFJ, one of the largest banks in Japan, and further, a remittance instruction was transferred from Bank of Tokyo-Mitsubishi UFJ to a bank called Wachovia in the United States. .. After that, Wachovia used FedWire to pay a student loan to Bank of America via the Federal Reserve System . In this case, Wachovia has functioned as a correspondent bank, and each bank and service that has become a relay point for electronic funds transfer will be able to charge a fee for the remittance. 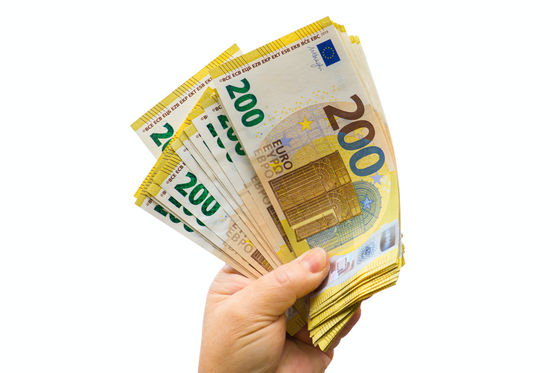 SWIFT is a payment network system provided by the organization of the same name, the International Banking Communications Association (SWIFT), and is a message system for securely exchanging payment orders in correspondent accounts. Mickenzie points out that the number of transactions exchanged on SWIFT is as high as 160 per second.

SWIFT is treated as almost synonymous with international telegraph transactions because it is the main system that banks and their trading partners interoperate when using electronic funds transfer. Specifically, it sends a message called MT103 , where each bank manipulates its internal books and other banking systems to make the request, or payment, coded in the message.

The more users of SWIFT, the more banks you can trade with SWIFT, which means that 'the benefits of using SWIFT over using another international payment system'. Therefore, the longer the operation period of SWIFT, the higher the operational advantage, so 'the value of SWIFT will increase,' Mikkenji said.

The important point is that 'SWIFT does not coexist with international fund transfers.' In the first place, SWIFT is not directly related to the actual transfer of funds, and funds do not move on SWIFT. In addition, SWIFT does not monopolize payment-related messages, and one bank has 'instructions for sending money to overseas banks when SWIFT's service goes down'.

Following Russia's invasion of Ukraine, SWIFT has announced that it will disconnect some Russian banks from the network. 'The aim seems to be to prevent humanitarian crises inside and outside Russia by imposing sanctions on banks close to the Kremlin while preventing Russian companies from doing international transactions,' Mikkenzi wrote. ..