GitHub denies request to block access from Russia, saying 'GitHub's vision is to be the home of all developers no matter where they live' 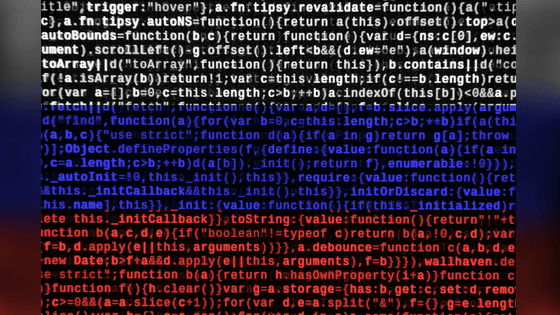 Following Russia's invasion of Ukraine, sanctions have been taken against Russia, such

as Apple stopping product sales and YouTube deciding to eliminate two Russian news media companies, while virtual such as Binance Cryptocurrency exchanges have shown a willingness to reject Russian users' requests to freeze their accounts . Newly, development platform GitHub has also announced a policy not to ban access from Russia.

On February 24, 2022, a post was posted on the GitHub forum entitled 'Separating Russia from GitHub because of a large-scale invasion of Ukraine.'

In response to this post, ' If you think that punishing the entire nation for what the leader has done will lead to peace, I recommend learning history. ' ' Restricted access from Russia .' , Will Putin change his mind? '' It doesn't make sense to keep contributors out of the repository. How can it help Ukraine? '

Some users say they are Russian, ' I work for a European company and like most Russians, I'm against aggression. GitHub is a working tool and it affects me if blocked. , Has no effect on the president. '' I have Polish blood (* the first contributor was a Russian), my ancestors were executed by Stalin, and my wife and children were forced to relocate to the Urals. Now I live in Russia, but I also lived in Ukraine, and some of my family members live in Odessa. Some of my colleagues are Harukiu. Relatives to Ukraine. Do you think I'm the only Russian with friends and colleagues? In a country of 140 million people with 35 languages and 185 races, I'm the only one in a 'severe' relationship with the government and its decisions. Do you think that? Please think again . '

GitHub's vision is to be the home for all developers, no matter where they reside.
https://github.com/github/feedback/discussions/12042#discussioncomment-2276190

In a reply that begins with the sentence, 'GitHub's vision is to be the home of all developers, no matter where they live,' GitHub staff said, 'The technology needed to maintain Russia's offensive power. We take the government's obligations, including compliance with export controls that restrict access to other items, seriously, 'he said.' Users and customers are not affected beyond the scope of regulation. ' So, we also have a responsibility to thoroughly consider government regulations. '

In the FAQ, GitHub states that the countries and regions to which the sanctions by the U.S. government apply are ' Crimea, Cuba, Iran, North Korea, Syria ', of which Iran will be provided with cloud services from the department in charge of the Ministry of Finance. It is licensed and reveals that Cuba-based developers can generally use the GitHub cloud service, both paid and free.

From this, it seems that Russia is not subject to sanctions and therefore does not need to restrict access.