The number of black holes in the universe is '4000 Kyo' 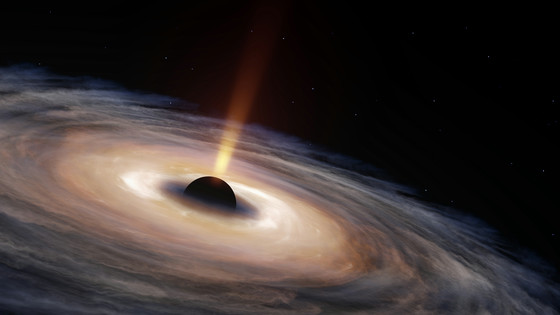 A black hole is a celestial body that is a singular point where space-time is distorted due to its excessive mass and even light cannot escape. A research team at the International School for Advanced Studies (SISSA), an Italian research institute, calculated the number of stellar black holes in the observable universe and reported that the number reached 4000 K.

It is said that there are about 200 billion stars belonging to the Milky Way galaxy where the earth exists. Some of them are small stars like the Earth, while others are huge stars with a mass more than 100 times that of the Sun. In terms of proportion, about 80% of the stars have a mass smaller than the Sun, about 10% have the same mass as the Sun, and about 10% have a mass larger than the Sun.

In this way, the function that expresses what mass of stars exist and how often per unit volume of the universe is called 'star mass function'. High-mass stars have a short lifespan, and low-mass stars have a long lifespan, so the star mass function changes significantly over time. Also, stars are not infinitely generated from the universe, but from gas clouds composed of hydrogen atoms and the like. Of course, there are only a finite amount of gas clouds, so the number of stars created in the galaxy is fixed. Therefore, the number of celestial bodies can be inferred from the star mass function. And it is possible to apply this star mass function to black holes as well. However, black holes created by the explosion of a star with a huge mass take a very long time to be born, and black holes take an endless amount of time to disappear, and sometimes black holes merge with each other. Due to the possibility, the star mass function is very different from that of a normal celestial body. When the SISSA research team calculated with dedicated software, it was found that the number of black holes, which have a mass 5 to 50 times that of the Sun, hardly changes over time. It was also found that the probability of black hole coalescence is consistent with previous observations. Then, when the number of black holes was calculated from the calculation results found by the software, the number of stellar black holes contained in the observable universe with a radius of 46.5 billion light-years around the earth is 40 × 10 18 , that is, 4000 kyo. The research team reports that the result was that there were also individuals.