Many cases of 'the microphone automatically turns on and recording starts without permission' are posted on the official forum in Zoom. 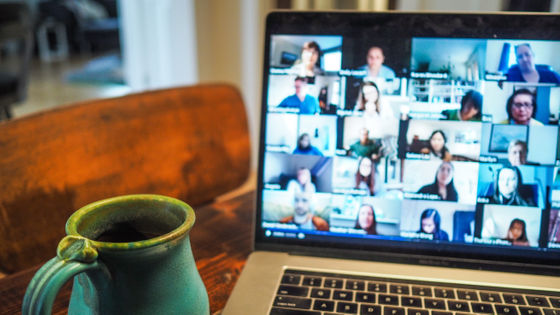 Zoom ' have reported that 'the microphone is automatically turned on and recording is starting without permission'. The first report came in December 2021, but similar reports continue until February 2022.

Why is the Zoom app listening on my microphone whe ... --Zoom Community
https://community.zoom.com/t5/Meetings/Why-is-the-Zoom-app-listening-on-my-microphone-when-not-in-a/td-p/29019

The first report of this issue posted on Zoom's official forum is below. The content is 'I am using Zoom on macOS Monterey , but the icon indicating that the microphone is being used by the application lights up, and when I check it in the control center, it turns out that Zoom was the cause. It's happening multiple times a week. When this happens, I'm not having a meeting on Zoom, I'm just opening the Zoom app. Even though I'm not in a meeting, Zoom is on the mic. Do you want to access it? ' 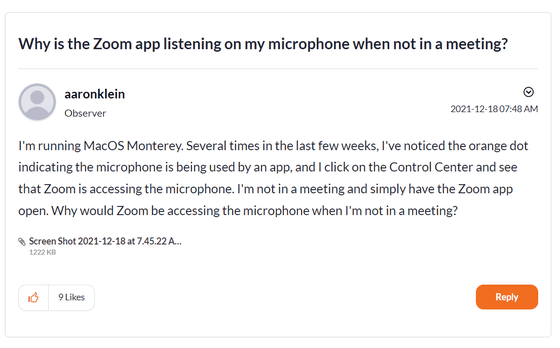 The screenshot below, attached by this reporter, shows that the microphone is being used for 'zoom.us' in the Zoom app for Mac, even though the meeting is not running. 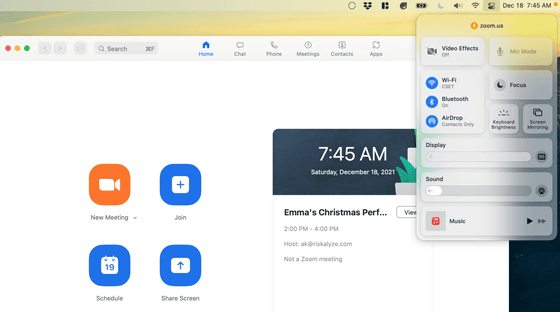 The report received multiple replies saying 'I'm experiencing the same phenomenon,' and some replied that it was a 'serious privacy breach.' 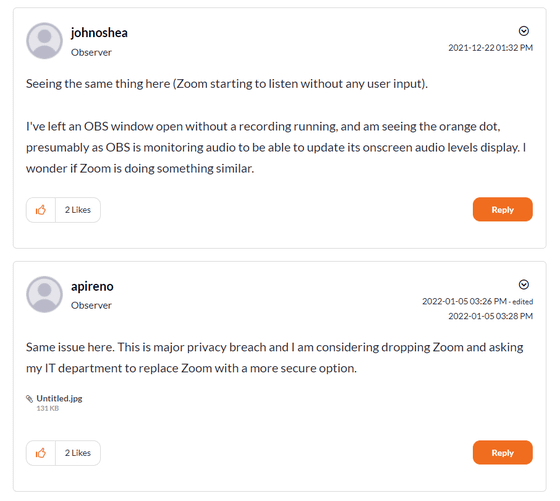 When looking at the

release notes for version 5.9.1 of Zoom for Mac released on December 27, 2021, 'Fixed an issue where the icon using the microphone was lit even when not in a meeting on macOS Monterey. There is a sentence that says ...

Since then, there have been reports that 'I updated to version 5.9.1, but the problem still continues to occur', and the latest report is February 8, 2022. 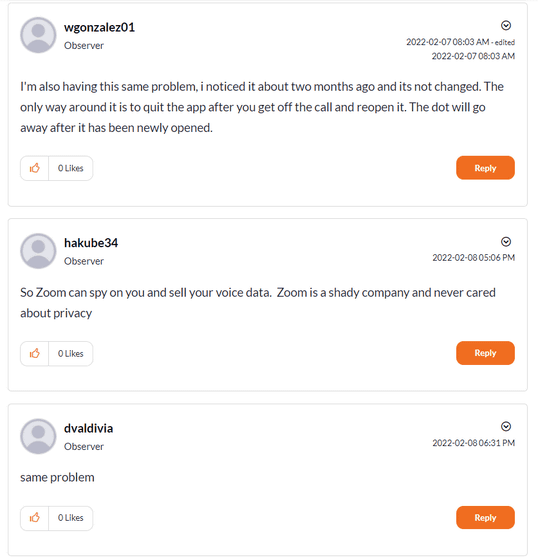 According to reports, this problem can be fixed by restarting the app. It's unclear if the icon is just lit, as Zoom claims in the release notes, or if there's actually some access to the mic.