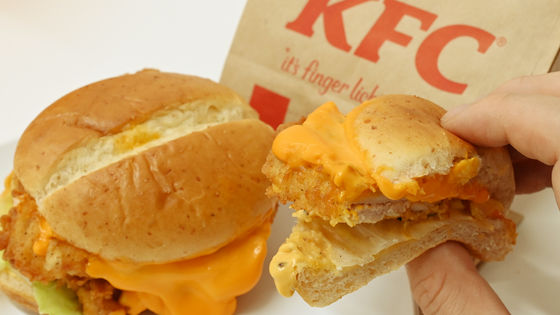 Boneless Kentucky ' with plenty of cheese sauce and ' Cheese Drowning Fillet Sandwich ' appeared for a limited time from February 2, 2022, so I bought it and tried it. rice field.

I came to Kentucky Fried Chicken. 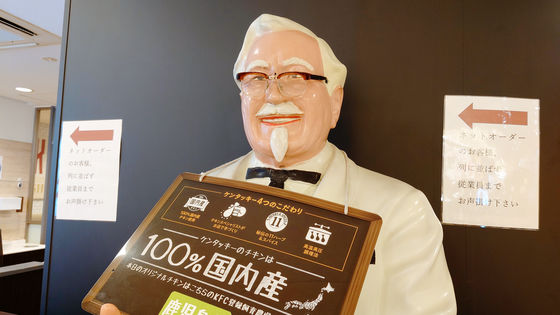 The 'fillet sandwich drowning in cheese' was wrapped in its own orange wrapping paper. 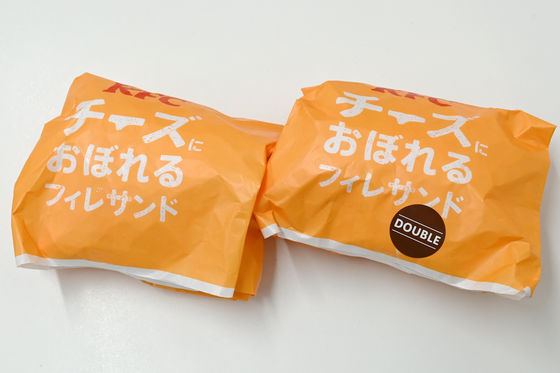 It weighs 189g when wrapped in wrapping paper. 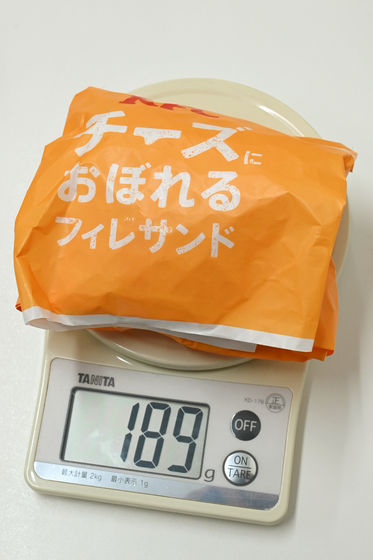 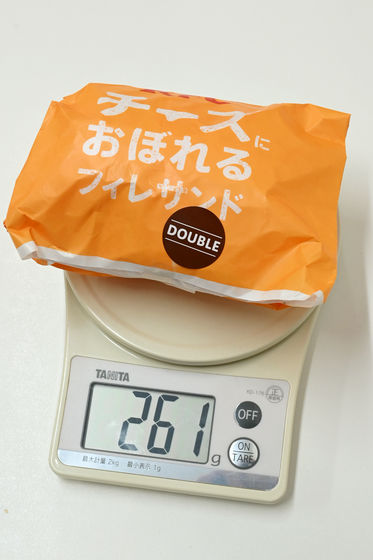 I put it on a plate. 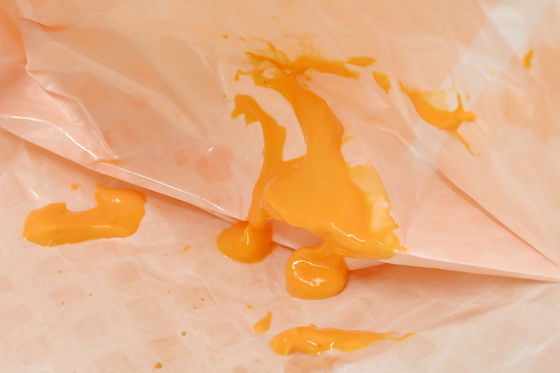 When you peel off the buns on the 'double fillet sandwich drowning in cheese', it looks like this. It's pretty tight with cheese so it won't come off. 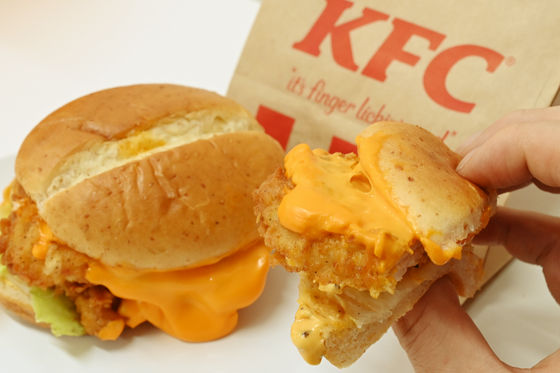