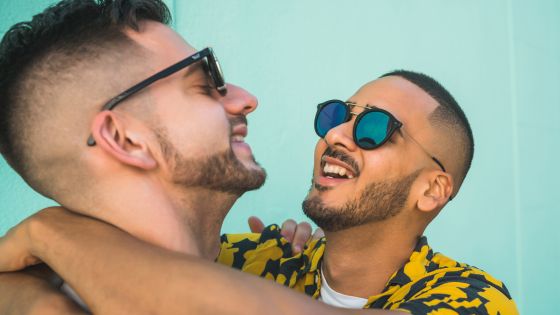 In recent years, laws on same-sex marriage have been enacted in countries around the world, and much research on sexual minorities has been conducted. Meanwhile, an Australian research team announced the results of a study that 'men with more older brothers have a higher rate of same-sex marriage.'

Are Sibship Characteristics Predictive of Same Sex Marriage? An Examination of Fraternal Birth Order and Female Fecundity Effects in Population-level Administrative Data from the Netherlands: The Journal of Sex Research: Vol 0, No 0

Research confirms men with older brothers are more likely to be gay, suggesting same-sex attraction has a biological basis
https://theconversation.com/research-confirms-men-with-older-brothers-are-more-likely-to-be-gay-suggesting-same-sex-attraction-has-a-biological-basis-172396

Many studies have been conducted to investigate the causes of sexual orientation such as homosexuality, and various factors such as hormones and heredity are being investigated. 'If you gave birth to a boy, remaining in the body of the protein boy was generated by his mother, then born influence the sexual orientation of the child' is in such research the theory that those cast there is also. However, it is said that the research that advocates this theory has not been verified for a large number of subjects. Therefore, the research team analyzed the relationship between the number of siblings and sexual orientation using data from 9 million Dutch people born between 1940 and 1990. 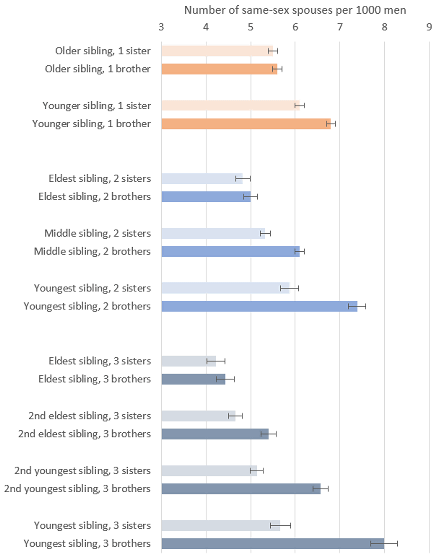 From this analysis result, the research team concludes that the 'number' and 'gender' of siblings have a great influence on sexual development, and the above-mentioned theory that 'protein produced by boys remains in the mother's body' It says it will reinforce.