YouTuber, which released a video that 'the plane crashed', was investigated by the Federal Aviation Administration Trevor Jacob , who has 127,000 subscribers, uploaded a video on his YouTube channel saying 'The plane crashed', which received a lot of criticism from users and has jurisdiction over aviation-related regulations in the United States. There is a situation where it is being investigated by the Federal Aviation Administration (FAA).

Below is the movie in question that Jacob posted on YouTube. This movie, posted on December 24, 2021, has been played more than 360,000 times at the time of writing the article, but the comment section is closed and you can not check the comments from the viewer.


According to Mr. Jacob, in 2021 November 24, the movie was shot, 'was produced in 1940 in order to sow the ashes of a friend Taylor craft are described to have been aboard the small aircraft of' .. The small aircraft took off from Lompoc City Airport in Lompoc, Santa Barbara County, California, and crashed in the Los Padres National Forest, about 50 miles north of Santa Barbara, Jacob reports.

In the movie, Jacob explains the weather on the day of the flight with his deceased friend, but does not explain at all what kind of engine trouble occurred and the small aircraft crashed. Therefore, some people who watched Jacob's movie pointed out that it was a movie that pretended to be a crash.

If you actually look at the movie, you can see that the movie was shot with three cameras. One seems to be an action camera that Jacob has in his hand, and at first he is shooting the hand of Jacob who is maneuvering. 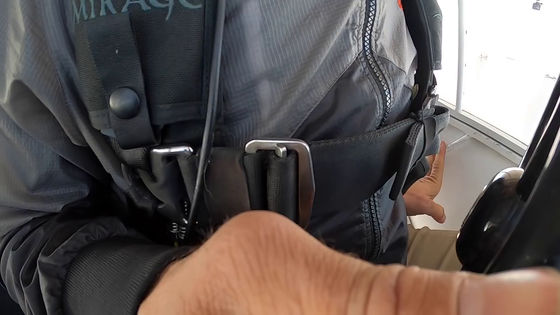 Jacob's appearance as he escapes from the crashing small plane is photographed by his camera. One of the reasons why the crash image is suspected to be fake is that 'I never let go of the camera even in an emergency'. And the third is a camera attached to the tail. The image of the small aircraft just before the crash was taken with this camera. The moment when the small aircraft crashes is taken by the main wing camera, but the moment of the crash captured by the tail camera is not included in Mr. Jacob's movie. 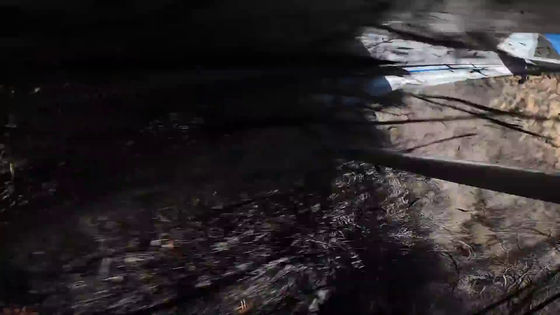 And a small crashed aircraft discovered by Mr. Jacob. It's so bumpy that I don't know the prototype, but it seems that the engine never exploded. Many users are skeptical about the movie Jacob posted on YouTube. It seems that FAA has also been asked by multiple users to investigate the movie, and FAA has officially stated that it is investigating the movie. However, the FAA did not provide details of the investigation. In addition, AVweb , an aviation-related media, has contacted Mr. Jacob and a woman who lives with the same surname and address as the owner of the crashed small aircraft, but no comments have been obtained.

In the comment section of AVweb, ' Despite the collision similar to CFIT , the fire has not even risen from the crash site.' 'If an engine trouble occurs, try to solve the problem and contact the air traffic control communication. Would you like to find a place where you can land? '' I think it is very unlikely that you have equipment for skydiving when you board a small aircraft. ' Many voices have been sent.

Even on the overseas bulletin board Hacker News , 'It is much bulkier than a safety parachute and uses equipment for skydiving that is difficult to use.' 'There is a long and stable freefall time before opening the parachute.' 'When jumping off a small plane, Jacob checks his feet several times after opening the door, which is the same as checking the landing point during skydiving.' There are many voices claiming that.