Top Excel experts will battle it out in an esports-like competition this weekend | PCWorld
https://www.pcworld.com/article/559001/the-future-of-esports-is-microsoft-excel-and-its-on-espn.html

The state of the contest was delivered on YouTube. The following is the state when the question about the game 'Tri Peaks' using cards was asked. 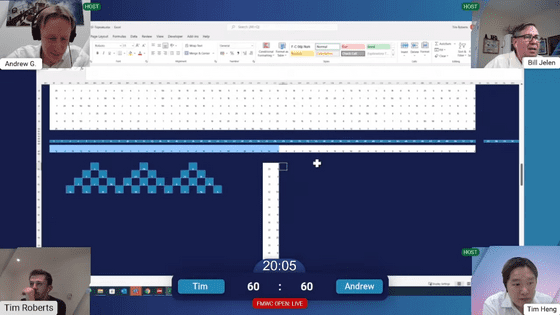 It was said that there was an exciting development about how many problems could be solved within the time limit and what kind of financial modeling to build. The winner was Diarmuid Early from the United States. He won by a difference of 585 points from the 2nd place and won a winning prize of 5,000 dollars (about 570,000 yen).