Version 3.0 of the 3DCG production software 'Blender ' released as open source was released on December 3, 2021 local time. This is the first major update to version 3 in 21 years since version 2, which appeared in 2000.


Check out the five key features in Blender 3.0 --BlenderNation
https://www.blendernation.com/2021/12/03/check-out-the-five-key-features-in-blender-3-0/

The biggest change in version 3.0 is the redesign of the physics-based rendering engine from 'Cycle' to 'Cycle X'.

Along with this engine update, we have removed OpenCL support for rendering on AMD GPUs and instead improved rendering using the HIP API. In Blender 2.93 Cycle and Blender 3.0 Cycle X, the rendering speed will be 2 to 8 times different. 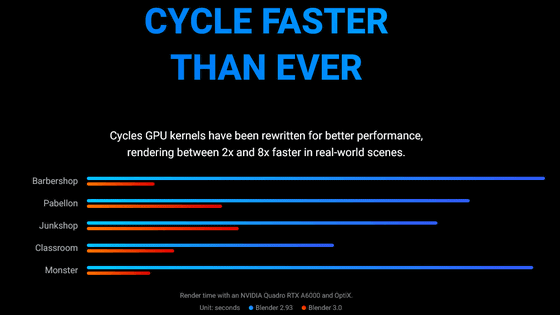 Other than rendering speed, the responsiveness of the viewport has improved dramatically. We've also improved the 'Geometry Node Field' that was added in Blender 2.92, adding over 100 nodes to the system. 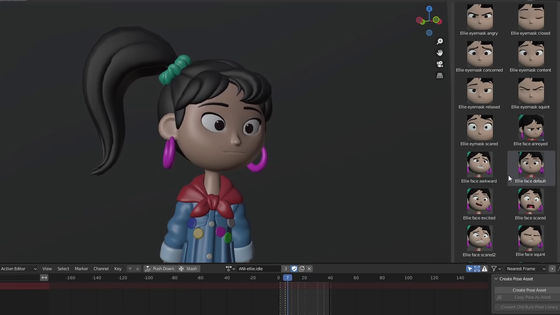 Animation-related issues include updates to the pose library and improvements to the 'In Betweens' tool.