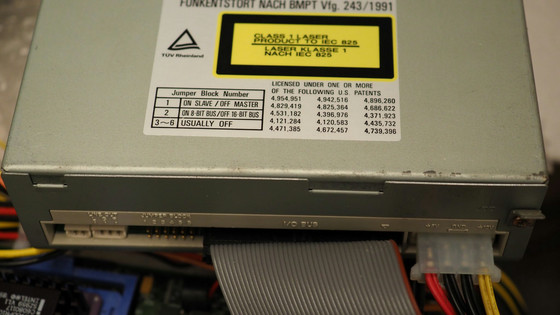 the IDE controller, which was a connection interface for HDDs. The blog 'OS / 2 Museum', which deals with the history of PCs from the late 1980s to the 1990s, is exploring the CD-ROM drive that was the first to support this ATAPI connection.

Around 1993, the CD-ROM drive used SCSI standardized in the United States, or an interface originally developed by Panasonic, Mitsumi Electric, Sonny, Phillips, etc. However, in 1995, the manufacturer's own interface virtually disappeared, and most CD-ROM drives began to adopt the ATAPI interface.

According to a survey by the OS / 2 Museum, at the computer-related trade fair 'Cebit '94' held in March 1994, Philips used a CD-ROM drive 'CDD-300' that adopted a 'new IDE interface' including ATAPI. Turned out to have been announced. It's unclear when this drive was released, but it's certain that it appeared at least in 1994.

Upon further investigation, it was found that NEC (NEC) had released the ATAPI-compatible CD-ROM drive 'CDR-260' in 1994 at the latest. The CDR-260 is a CD-ROM drive installed in the PC-9800 series in Japan, and it seems likely that it was released before the CDD-300.

According to Microsoft Knowledge Base, Microsoft's Knowledge Base , NEC's CDR-260 is 'compliant with the ATAPI A1.8 specification, but this is a pre-release specification that has not been finalized by the ATAPI consultative body. , The CDR-260R CD-ROM drive complies with the ATAPI 1.2 specification and works with version 3.5 of Windows NT. ' And if you look at the picture of the CDR-260 taken in July 1994, it has an 8-bit bus and a 16-bit bus, and it seems that it is compatible with both ATA and ATAPI, OS / 2 Museum. Says. The NEC_IDE.SYS device driver for DOS released on February 18, 1994 says 'Rev A1.7', and it is very likely that it corresponds to the pre-release ATAPI A1.7 specification. OS / 2 Museum states. 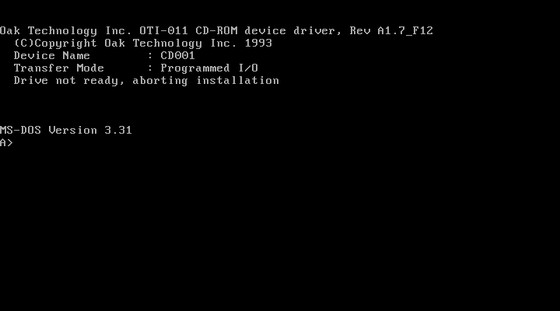 And NEC_IDE.SYS released in April 1995 is as follows, and it is highly possible that this is officially compatible with the ATAPI 1.2 specification. However, in any NEC_IDE.SYS, only Oak Technology's OTI-011 drive chip is mentioned, and it is unclear whether it can support the general-purpose ATAPI specification. 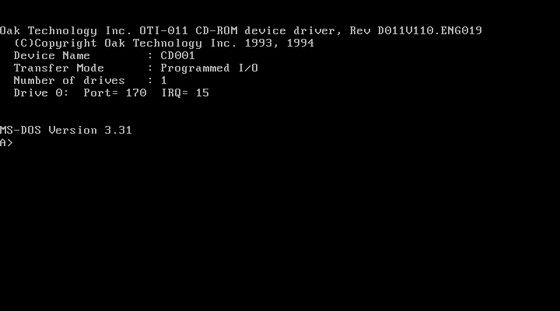 The board taken out by disassembling the CDR-260 is as follows. You can see that OTI-011 is installed in the lower right. And although it is said that the specific release date of CDR-260 is unknown, a patch was developed in June 1994 to support this CDR-260 in the Linux kernel. This patch was drafted in February 1994 and reflected the ATAPI 1.2 specification developed on June 10.

According to the OS / 2 Museum, Linux detects the CDR-260, but when I insert the CD-ROM, an error and a reset attempt occur, and nothing can be read. If you apply NEC_IDE.SYS (released on August 11, 1994) in DOS, it will work without problems, so it seems that there is no problem with CDR-260 itself.

The OS / 2 Museum said, 'We found that Oak Technology played an important role in the evolution of early ATAPI-enabled CD-ROM drives, and that ATAPI-enabled CD-ROM drives were available in early 1994, perhaps. It turns out that it was manufactured in late 1993, before the earliest ATAPI standards were finalized. These drives tend to be incompatible with standard ATAPI driver software, but DOS drivers. Seems to work. '