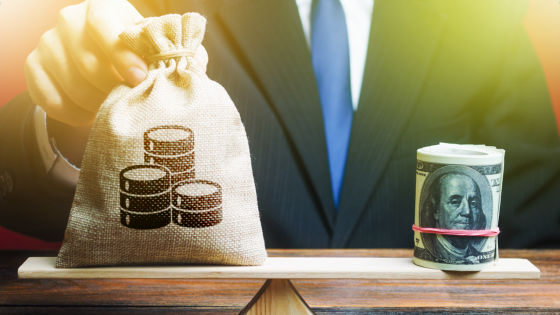 It is being debated in each country that crypto assets and stablecoin designed to achieve price stability may become a payment method in the future. Although the introduction of stablecoin is being discussed in the United States, the lack of transparency as a currency and the inconsistency of the redemption process have been questioned, so we are preparing for the 2022 hearing. It was revealed that the Senate Banking Commission sent a letter of information gathering to Stablecoin issuers and exchanges.

US Treasury report was published on October 28, 2021 '(PDF file) Report On Stablecoins in response to the possibility that the stable coin in' is the future settlement means has been shown, Bank of・ On November 23, 2021, the United States stated the idea that 'regulation of stablecoin is urgent.' Stablecoin has grown so much that the total issuance amount in 2021 will reach about 141 billion dollars (about 16 trillion yen). However, according to Bank of America, 'the composition of the reserves that support Stablecoin has not reached a sufficient level of transparency,' and Stablecoin issuers regulate it in a comprehensive framework. It has been pointed out that it has not been done. 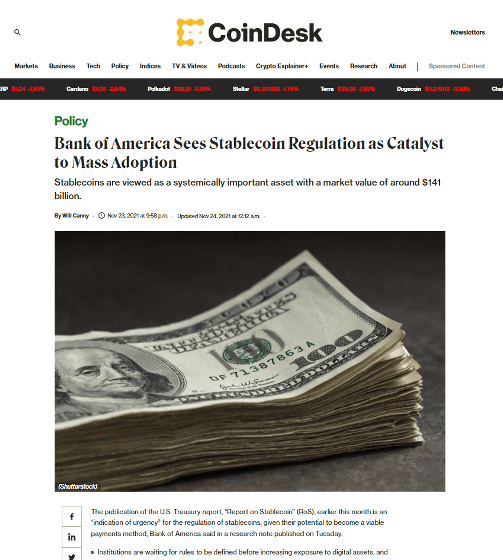 Thus, the focus on stablecoin is increasing in the United States, and on November 24, 2021, the Senate Banking Commission issued major stablecoins to gather more information for the 2022 hearing. He said he sent a letter of inquiry to the person and the exchange.

A letter addressed to Jeremy Allaire, CEO of the digital currency company Circle, has been published online (PDF file) , in which Senator Sherrod Brown, the chairman of the Senate Banking Commission, is transparent to Stablecoin. He raises concerns about lack of sex and casts doubt on the consistency of the redemption process. Senator Brown is seeking a clear and easy-to-understand response by December 3, 2021.

'We look forward to working with you to ensure that consumers are properly protected,' Arrell said on Twitter in reply to Senator Brown.

Thank you @SenSherrodBrown for the letter inquiring about the important topic of how stablecoin issuers protect consumers. I look forward to responding and working with you to ensure consumers are appropriately protected. Https://t.co/RWWmI0erOA

Senator Brown also sent a similar letter (PDF file) to Tether, the issuer of Stablecoin. Tether was investigated by the Department of Justice in July 2021 on suspicion of 'illegally hiding from banks that it was a cryptocurrency-related transaction.' 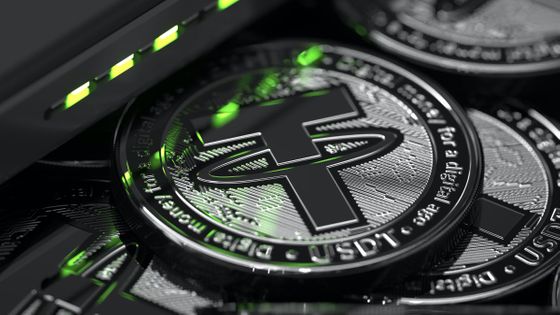 In Japan, on November 24, a corporate alliance in which about 70 mega banks and large companies such as Mitsubishi UFJ Bank participated announced the trial issuance of digital currencies backed by bank deposits. It is said that it is aiming for practical use in the latter half of 2022 at the earliest.