The trailer for the movie 'THE BATMAN', in which the new Batman rampages, is released. 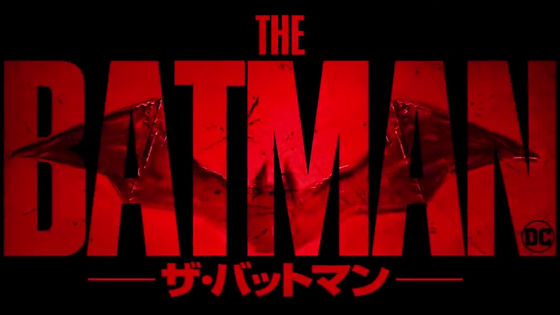 A new trailer video of '

THE BATMAN ' was announced at the event DC FanDome 2021.

Movie 'THE BATMAN' US notice released in spring 2022 --YouTube


At the beginning, a mysterious man is taken to the police.

Bat signal that lights up.

Batman looking up at the signal (act: Robert Pattinson). 'The signal that shines in the night sky--'

'It's not just a signal'

Batman who showed up.

It seems that there is no damage even if it is shot with a gun from a close range.

On the contrary, it tightens the enemy.

What tells Batman that 'I've always wanted to see you' ...?

'In the dangerous city of Gotham--'

To the warning from Alfred (act: Andy Serkis) that 'you will lose everything at this rate' ...

A detailed figure of fighting to protect Gotham City is inserted.

There are many scenes where Batman beats his opponent, as it is said, 'I have a lot of blood as rumored.'

Batman who moves forward even if shot with a gun

A penguin who was convinced of the victory, 'I won!'

However, what I saw in the eyes of the penguins looking back was ...

Batmobile popping out of the flames.

A penguins car that has rolled over.

The video of 'DC FanDome 2021' whose trailer was announced has also been released. I knew that the trailer for 'THE BATMAN' would be released, so many people were waiting for 'Batman isn't there yet !?' from the beginning, but since it's a featured work, the release will be an event. Finally, it was about 3 hours and 30 minutes after the start.