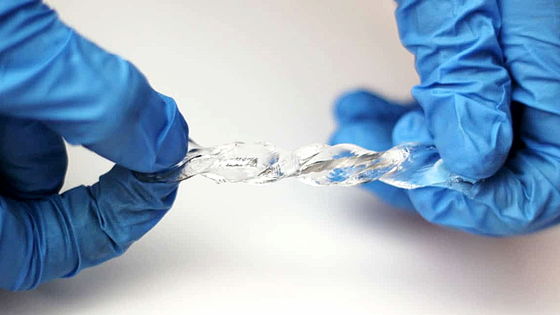 Mechanical energies such as wind, waves, and movement of objects are abundant on the earth, and it is thought that they may become energy sources in the future. A new research team at North Carolina State University has developed a device that can convert mechanical energy into electricity and can be used underwater.

The water used in hydrogel contains salts , that is, ions, and the ions gathered on the surface of the metal form an electric double layer similar to a condenser. Deforming a metal by twisting hydrogel increases the surface area and increases the induced charge. Electricity can be used by connecting this to a device.

You can check what the newly developed device looks like from the following movie.


First, spread the hydrogel on the case ... 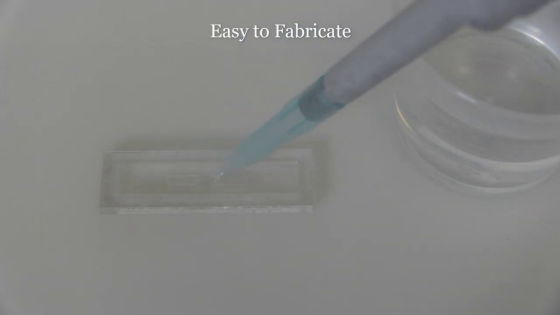 Place it under the UV lamp. 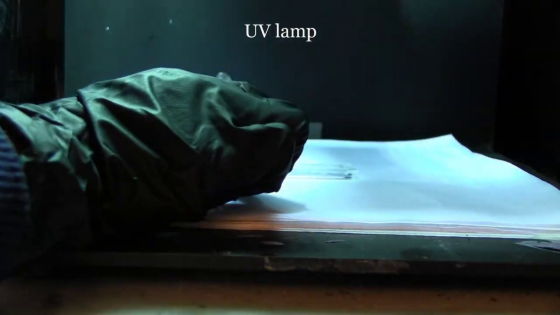 When scooped with a spatula, what was liquid turned into a thick gel. 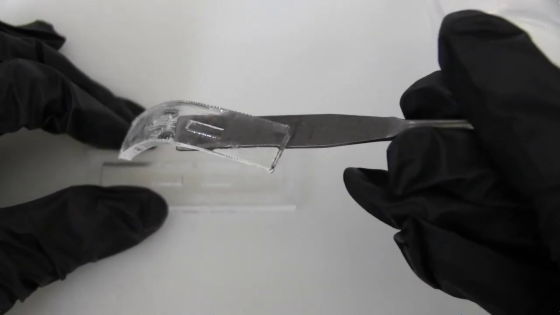 I will put liquid metal on this. 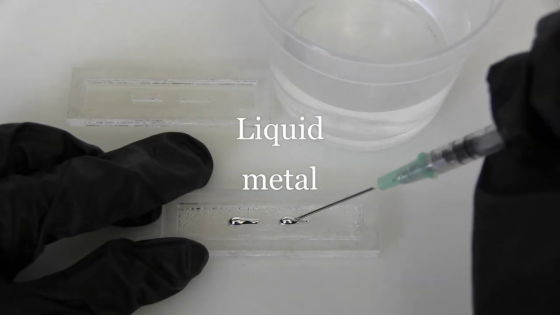 Then put the liquid before it becomes a gel ... 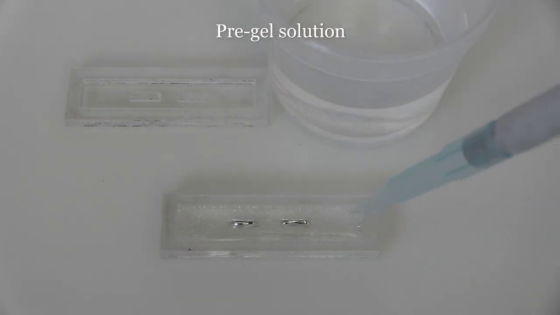 Under the UV lamp again. 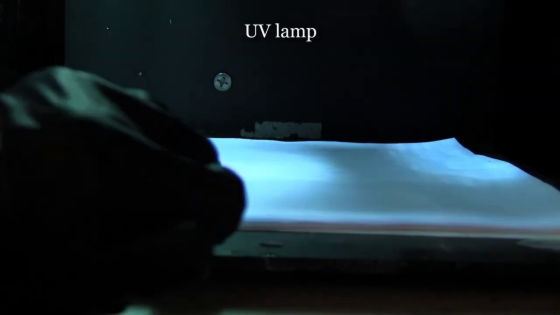 Now the liquid metal is trapped in the gel. Take it out from under the lamp and scoop it with a spatula. 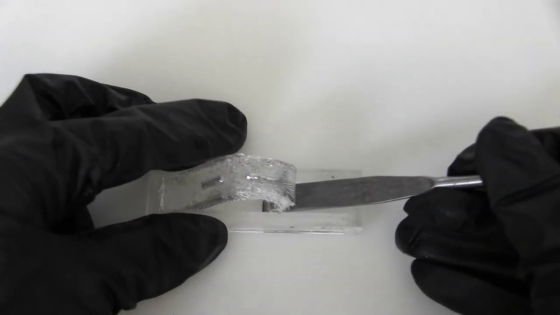 Hydrogel is soft and elastic, so ... 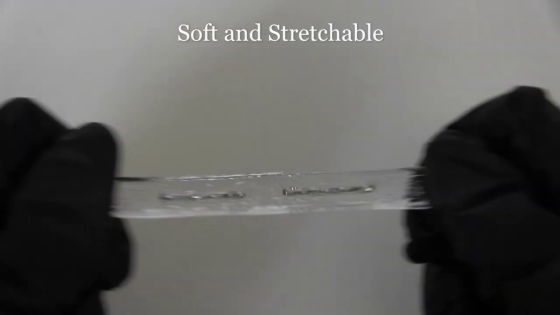 It can be quite long. Since the liquid metal is inside, the shape changes as the hydrogel deforms. 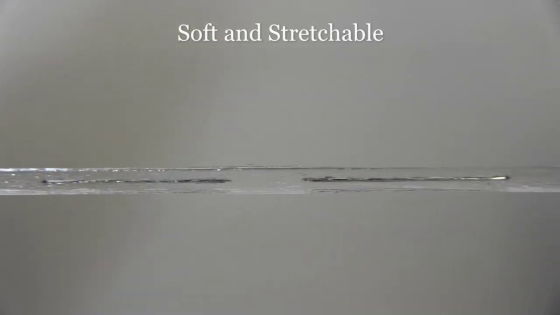 You can twist it. 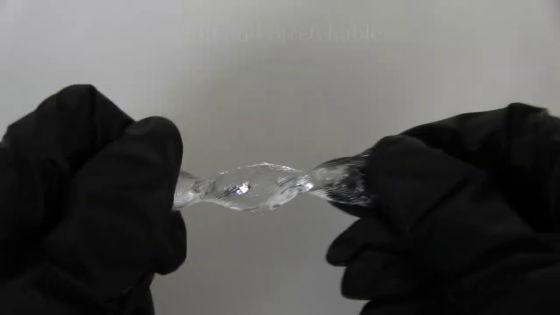 Energy harvesting is realized by connecting with metal wire. 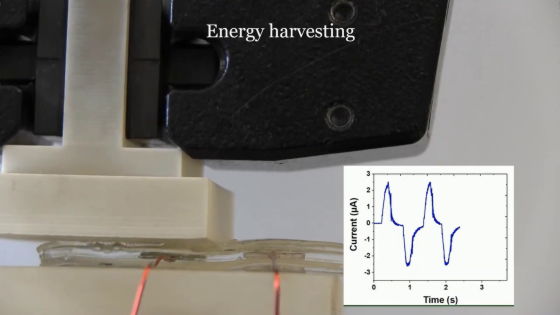 Technologies for producing energy using electric double layer capacitors (ELCDs) have been developed in the past . The uniqueness of the device developed by Dickey is its flexibility and its ability to be used underwater. The device is very soft, and hydrogel has the flexibility to extend up to 5 times its original length, so it can be used for various purposes. In addition, because it is resistant to water, it can be used for medical purposes, artificial skin, marine research, and other applications that cannot be realized with other devices. Another point is that it is very easy to manufacture.

However, this device is still at the proof-of-concept level and has challenges in terms of stability and energy conversion efficiency. In the future, Dickey will investigate specific ways to use this device to generate energy from the environment such as wind, sea and waves, as well as ways to increase the power density of the device.