Intelligence agencies such as the CIA and NSA use ad blockers to avoid damage from 'dangerous ads.' 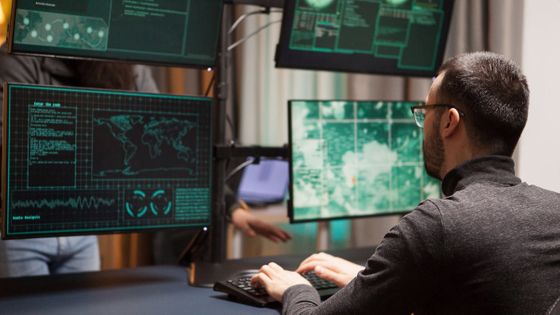 Some Internet users use a variety of 'ad blocking tools (ad blockers)' to prevent unwanted ads from appearing when browsing websites. Newly,

intelligence agencies such as the US Central Intelligence Agency (CIA) and the US National Security Agency (NSA) have been found to be using ad blockers to avoid 'dangerous ads.'

The NSA and CIA Use Ad Blockers Because Online Advertising Is So Dangerous
https://www.vice.com/en/article/93ypke/the-nsa-and-cia-use-ad-blockers-because-online-advertising-is-so-dangerous

The use of advertising blockers by the NSA and CIA was stated in a letter sent by Democratic Senator Ron Wyden to the United States Office of Management and Budget. According to the letter, Weiden said from the chief intelligence officer of the US intelligence community, 'Intelligence agencies have implemented network-based ad blocking technology and have multiple layers, including Domain Name System (DNS). We are using information from to block unnecessary and malicious advertising content. '

In addition to hackers who infect users with malware through advertising, there are also data brokers that use the advertising bidding process, 'real-time bidding (RTB),' to retrieve user data. RTB is a mechanism to bid off ad display slots in a real-time auction format, but as part of the process, companies participating in bidding can obtain data about users even if they cannot win the ad slot.

It seems that some data brokers use RTB to collect user data, and overseas media Motherboard obtained user location information data through RTB in 2020 by a company called Venntel, a contractor of the US government. It is reported that it sells.

CBP Refuses to Tell Congress How it is Tracking Americans Without a Warrant
https://www.vice.com/en/article/n7vwex/cbp-dhs-venntel-location-data-no-warrant 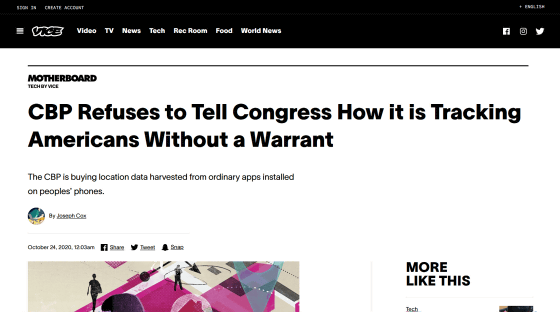 Only domestic companies and institutions can collect user data through RTB. The bipartisan lawmakers group, including Mr. Wyden in April 2021, AT & T and Verizon, Google, for IT-based giant, such as Twitter, asked about the concern with foreign intelligence agencies might use the ad network the letter I sent it. 'The information (obtained from the advertising network) will be provided for hacking, extortion and influential campaigns and will be a gold vein for malicious foreign intelligence agencies,' the letter said. ..

In this letter, Weiden argued that the United States Office of Management and Budget should have a clear cybersecurity policy to protect the US network from foreign espionage and criminals who abuse online advertising for hacking and other purposes. 'Intelligence agencies have acted to protect personnel and computers from the threat of malvertising, but many other federal agencies have not, and are unlikely to act until they are actually needed. It is possible, 'he said, requesting that he follow the NSA's (PDF file) recommendations.

An NSA spokeswoman told Motherboard about Mr. Weiden's letter: 'The NSA's chief information officer is committed to ensuring network security across the agency to maintain a secure, non-confidential network for business operations. We can't reveal the details of these protections for business reasons, but the NSA's dynamic security approach is constantly improving network defenses. ' 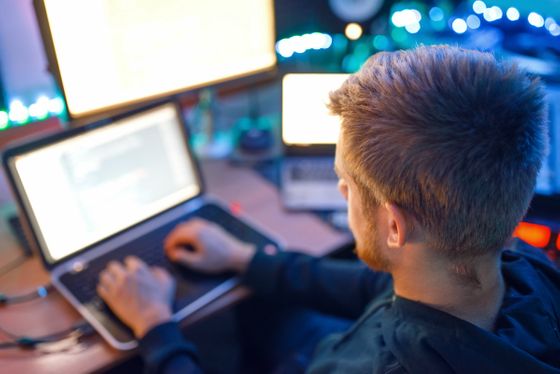