Niantic of Pokemon GO insists on the future 'Metaverse' where the world is connected to the Internet, what are the problems of the virtual world and the good reality to be built? Metaverse is a coined word by a science fiction writer, and means 'an environment where people can interact with each other using avatars in a virtual three-dimensional space' that the Internet society will reach in the future.

Typical examples are virtual reality (VR) spaces such as Second Life and VRChat, and large-scale games such as Fort Knight using characters. There is a growing momentum that Facebook has formed a Metaverse development team and Nvidia's CEO has revealed the Metaverse plan, but on August 10, 2021, location information such as 'Pokemon GO' was released. Niantic , the developer of augmented reality (AR) games, talks about the Metaverse, showing the problems of the internet-connected society and the ideal future.

The Metaverse is a Dystopian Nightmare. Let's Build a Better Reality. – Niantic
https://nianticlabs.com/blog/real-world-metaverse/

'Metaverse' in science fiction works where characters are connected to a huge digital society, where they live, interact and fight. Many people are interested in realizing such a vision of the digital society due to the spread of SNS and VR devices, but Niantic said, 'Even in science fiction novels, Metaverse is a good dystopian future of technology. The shape that didn't go is drawn, and it serves as a warning. '

Is it possible to transfer the mind to a machine and live forever? --GIGAZINE 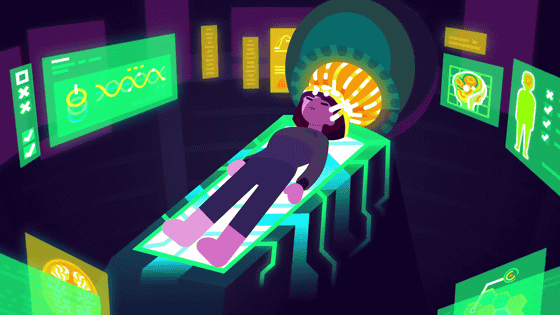 Niantic considers the dangers of abandoning the real world and escaping into the virtual world, as is often the case with the heroes of science fiction novels dealing with the Metaverse. However, he also states that it is possible to use technology to prevent this from happening. It's important to ask if it's being used in a way that better 'extends' us, rather than being tech-focused or completely abandoned. 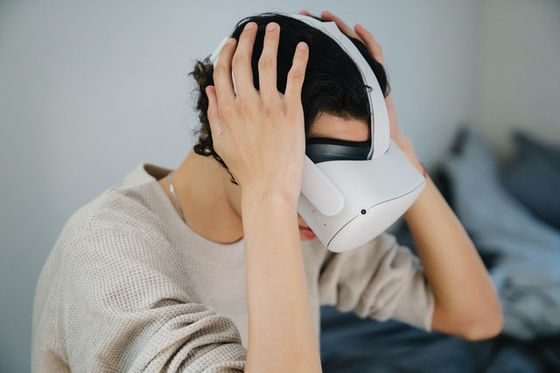 What Niantic calls 'real world metaverse' to distinguish it from virtual spaces and video games that create another reality is a new world that adds annotations and animations to the physical world, like Pokemon GO and Ingress. It will be possible to enhance the beauty and fun of the original world at that time while preserving it. There are two technical efforts required for the real-world metaverse: a 'shared state' that reflects the new information and experiences that connected people have actually summoned to everyone, a new type to make the connection accurate. World map design, these are necessary for realization. You also need to have an algorithm that makes real-time meanings for items such as trees and benches on the map.

Niantic collaborated with Microsoft's HoloLens 2 in March 2021 and released a demo movie of the future that 'Pokemon always lives in the real world' with smart glasses. It is said that it will take time to develop hardware that is always connected with glasses etc., but Niantic says that he will explore possibilities and pursue technology while using games. ..

We're thrilled to collaborate with @microsoft & @hololens on new experiences that will weave together the digital and physical world. Check out this proof-of-concept demo, built on our planet-scale platform, and the amazing possibilities that could await . https://t.co/ig0bQUIQ8b pic.twitter.com/gGk5djVayC

Niantic calls this idea of overlaying software and content in the real world a 'reality channel.' Pokemon run around the park, rest on the shoulders of passers-by, have a Pokemon gym above the shopping center, and the eye-catching Pokemon trainer is transformed into a game avatar, such an experience is a real-world event Niantic claims that it will deepen social relationships as it is shared by countless people.