In recent years, 'the success of the individual is seemingly due to their own efforts, or of whether you are dependent on the parent and the environment' on the question of

There has been a lot of debate about the discourse that 'parental power is a big factor in individual success', and in 2018, 'the untalented child born in a wealthy family' was 'born in a poor family'. It turns out that a higher percentage of 'talented children' have graduated from college. It has been shown that the environment has a stronger impact on success than innate talent. 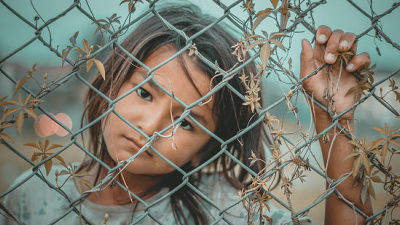 The research team has been working on hyena kinship and herd composition for 20 years in the Masai Mara National Reserve in Kenya to see if these effects of parental social status on children also occur in non-human social animals. Using the data tracked over the above, we examined the relationship between the status of mothers and the status of children in the population.

Hyenas are known to be led by females, with multiple families forming a herd. As a result of this study, it was found that in the case of hyena children who were in a high position in the flock, it is better to continue to belong to the same flock as the flock to which the mother belonged. On the other hand, it was found that hyena children, who were in a lower position in the herd, live longer if they belong to a different herd than their mother.

Amyar Iranie, a member of the research team who studies animal sociology, said, 'The descendants of high-ranking mothers have a stronger social status. This may be like a'silver spoon'. High-ranking hyena children can be placed in high positions by imitating their position within the group of mothers. If the mother's position is low, it is better to join another group. It will be, 'he said, emphasizing that the status of the mother has a great influence on the status of the child. In addition, Mr. Firth said that he has confirmed the phenomenon that social status is inherited between generations even in birds and great tit that are known to form a flock, 'The results shown in hyena and great tit are in the natural world. It will be a guide to elucidate the system of. '