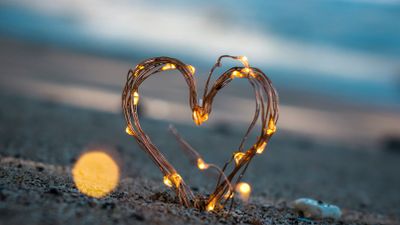 Bonobos that inhabit the Democratic Republic of Congo are classified as chimpanzees and are a kind of apes that are considered close to humans. According to a paper published in the current journal, Current Biology , Bonobo mothers act to protect their son's sexual life and help them reproduce.

Males with a mother living in their group have higher paternity success in bonobos but not chimpanzees: Current Biology
https://www.cell.com/current-biology/fulltext/S0960-9822 (19) 30338-0

As researchers have observed Bonobo for many years, it has been found that Bonobo's mother helps her son leave off her offspring. Bonobo's mother is wary that the son will be chasing another male approaching and not disturbing their relationship while having sex with herd of females. In addition, Bonobo's mother not only protects her son's sexual life, but sometimes her partner with her son defeats rivals who fight for females, aiming to raise the hierarchy in herd.

It has been known for some time that Bonobo's mothers seem to be overprotective for their sons, but it was unclear what benefits the sons were actually experiencing. However, according to the research team of the Max Planck Institute for Evolutionary Anthropology, who published a new paper, Bonobo males whose mothers live in the Democratic Republic of the Congo are three times more than males whose mothers have already died It turned out to leave many offspring.

Researchers have also observed in Côte d'Ivoire, Tanzania, Uganda, etc. whether similar behavior is seen in chimpanzees, a species similar to bonobos, but in chimpanzees mothers do not appear to take action to help their sons reproduce It was Regarding this difference, the research team found that the flock of chimpanzees is male-dominated while the bonobo flock is less superior to male-female hierarchy and basically females are not subjected to violence from males. I believe that 'This behavior of Bonobo's mother is likely to be related to a high level of hierarchy in the herd,' said Martin Surbeck, the lead author of the paper. A 2010 study by Surbeck et al. Found that Bonobo males were often outside the herd when their mothers were not nearby. Ammie Kalan, a Primatologist at the Max Planck Institute for Evolutionary Anthropology, is not involved in this study, but the Bonobo's mother's action to help his son's sexual life is called the ' grandmother hypothesis ' specific to humans It is said that this research is very attractive because it can be grasped from the viewpoint related to theory.

The grandmother's hypothesis is the hypothesis of what kind of biological benefits the human females rarely encounter menopause as an organism and live longer after losing their reproductive potential. With regard to the grandmother hypothesis, helping to leave the 'child's offspring' results in many genes rather than relying on the declining reproductive ability to focus on leaving their own offspring. It is also proposed that it will be connected to the next generation.

Kalen argues that it is very interesting to analyze predictors such as mother's presence, mother's hierarchy, and own hierarchy on bonobo's reproductive success. On the other hand, Cat Hobaiter, a primatologist at the University of St. Andrews , admits that this study is interesting, but how much the mother is, whether or not this is a difference in behavior seen at the species level. He also pointed out that it is necessary to investigate whether the pair of son and son take the same action.