What are the necessary measures to reduce noise damage? 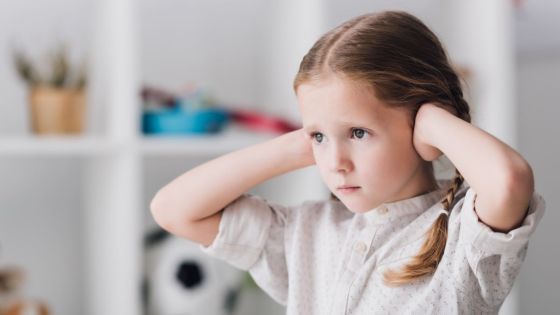 The noise of trains and cars echoes throughout the city day and night, which can interfere with sleep and work.

The YouTube channel 'Not Just Bikes ' on city planning explains the adverse effects and countermeasures of such noise in the city.


According to Not Just Bikes, the average noise level people can tolerate is 55 decibels (dBA) . However, 65% of people living in Europe live in a noisy environment above 55dBA. Furthermore, in Cairo, the capital of Egypt, 90dBA noise is heard, and in Karachi, Pakistan, 140dBA noise is covering the city. This is the same level of noise as being near an airplane engine. 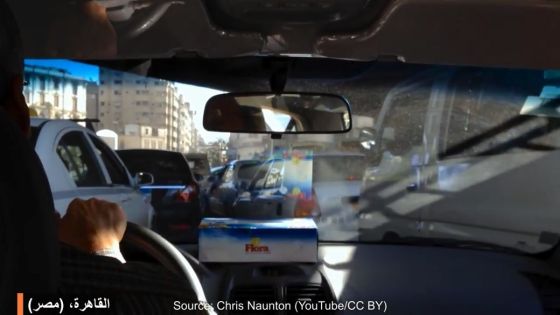 These noises interfere with sleep and cause adverse health effects such as heart disease, high blood pressure, and cognitive decline. 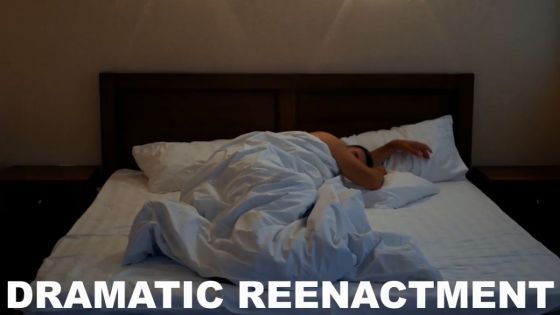 Studies have also shown that in noisy areas such as San Francisco, people's patience is reduced and the frequency of interaction is reduced. 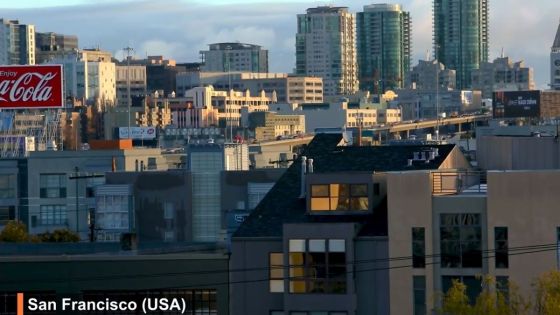 To avoid the effects of noise on the body and mind, people living in noisy cities use noise-cancelling headphones and other noise-relief goods. 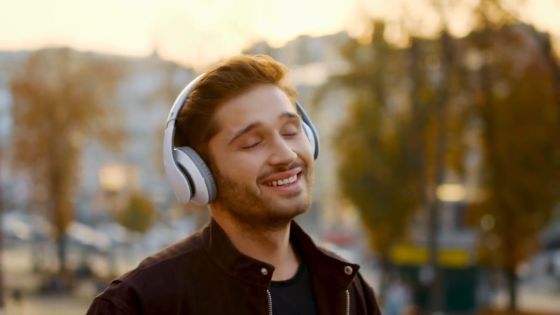 However, in Europe, where noise damage occurs frequently, the Netherlands has succeeded in effective noise countermeasures. Not Just Bikes says he likes the tranquility of the region of

Delft in the Netherlands. 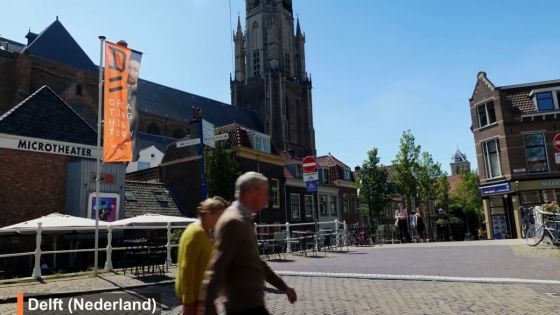 The noise on the road in Delft is about 55dBA. If you actually

play the movie around 4 minutes and 22 seconds , you can see the tranquility of Delft. 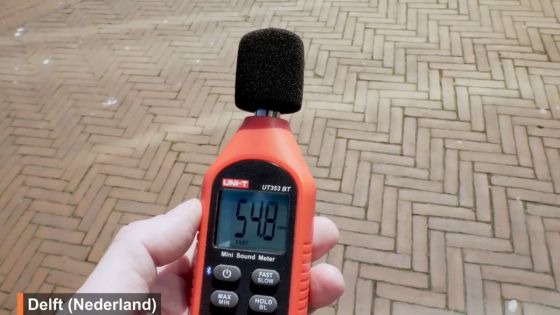 In the past, Delft was a very noisy city with trains running over the overpass and many vehicles coming and going on the main roads. 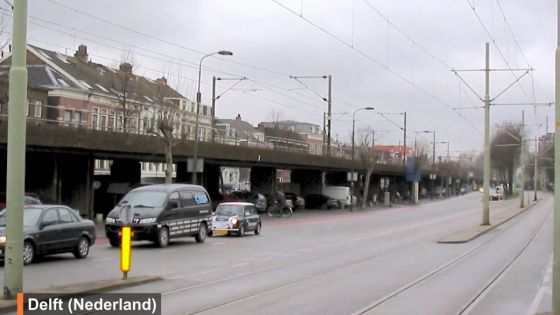 However, by moving the railroad tracks underground and promoting the use of public transport and bicycles, Delft succeeded in gaining its current tranquility. People on bicycles and on foot come and go in the Old Center of Delft today ... 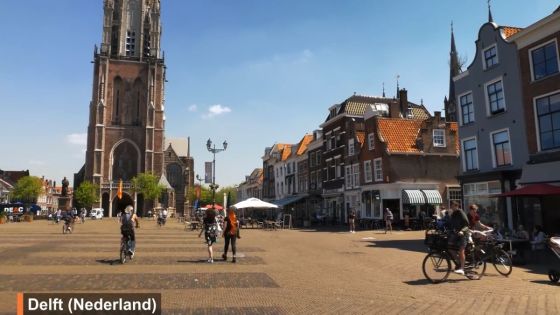 It is said that this square was used as a parking lot until 2004. This also shows how Delft today has succeeded in reducing the frequency of car use. 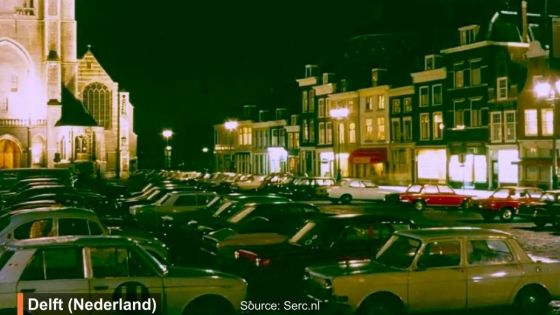 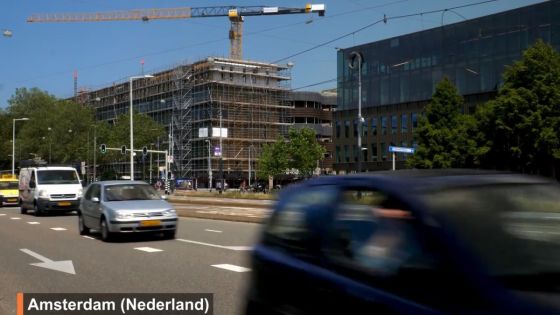 According to Not Just Bikes, car noise is caused by engine noise and tire noise. Therefore, at Delft, the speed limit of many roads is set to 30 km / h or less, and the main roads are

paved with porous asphalt , which has the effect of suppressing tire noise, to reduce the noise caused by automobiles. 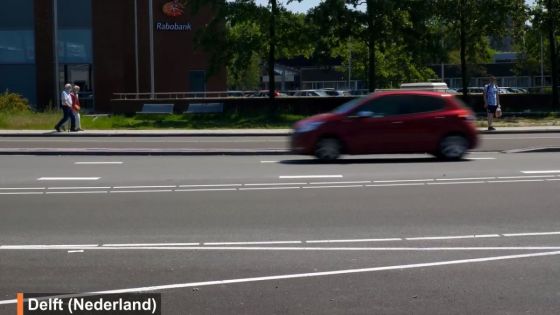 In addition, public facilities such as schools and libraries are surrounded by soundproof fences to keep quiet. 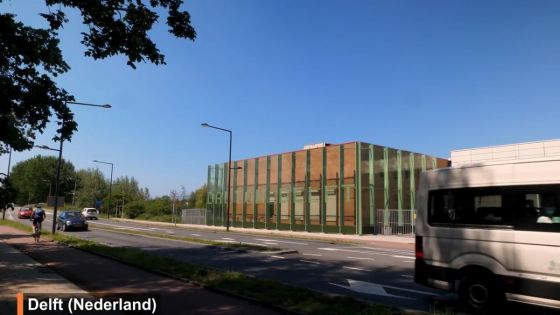 Amsterdam, the capital of the Netherlands, is also quiet enough, though not as quiet as Delft. 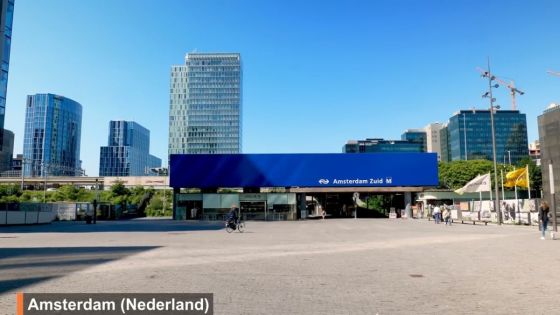 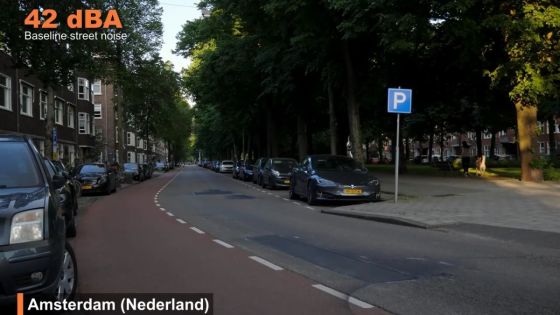 The bicycle is 55dBA. 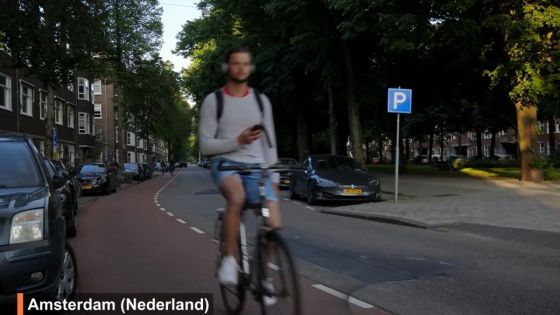 The noise level of a group of bicycles passing by while talking is 65dBA. 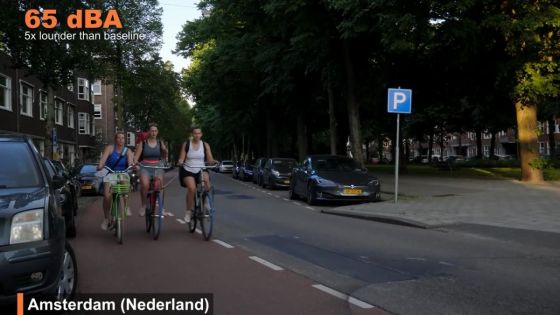 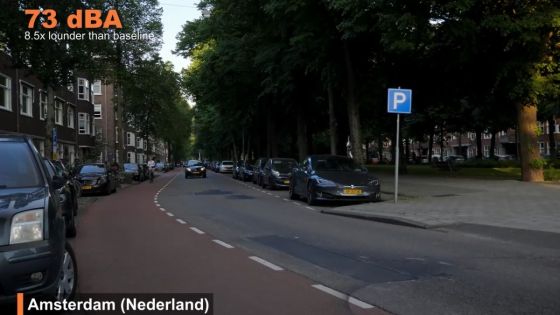 The noise level of a small motorcycle is 85dBA ... 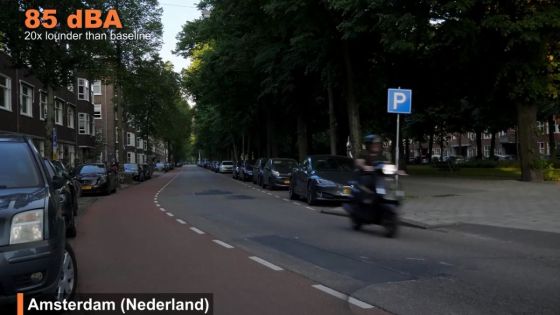 Depending on the type of bike, it could record 102dBA. Motorcycles that make such a loud noise are said to be a major factor in noise complaints in the Netherlands. 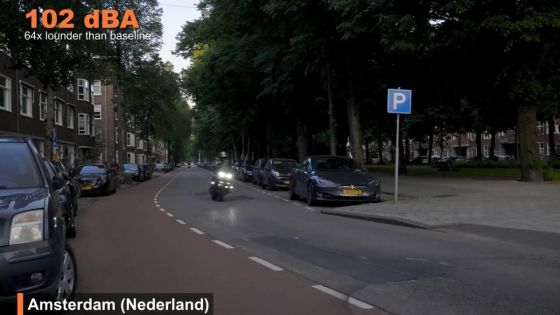 Not Just Bikes points out that if cars and motorcycles are electrified, noise will be reduced. However, in Europe, it is obligatory for pedestrians to equip electric vehicles with sound-producing devices because it is difficult for pedestrians to notice the existence of quiet electric vehicles. Therefore, even if everyone switches to an electrified vehicle, the noise will not disappear. 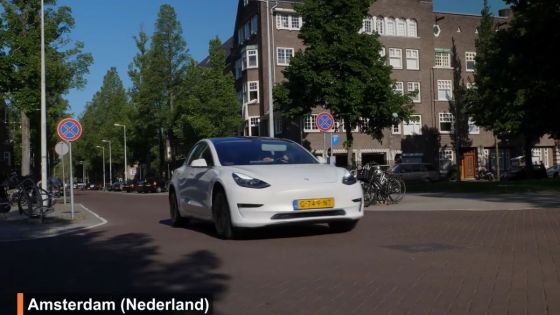 Not Just Bikes recommends using public transport, such as trams, as an ideal means of transportation to keep noise low. In Amsterdam, there are trams running on the lawn, and the tranquility is wonderful.