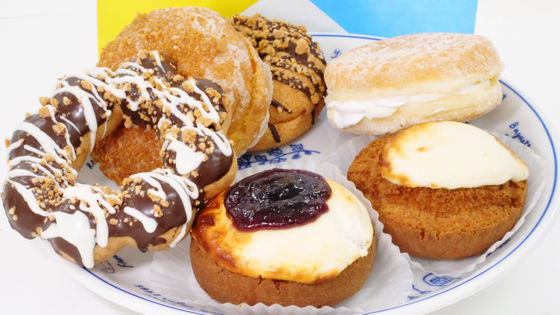 BAKE CHEESE TART ' and the cream puffs specialty store ' Crocan Shoe Zakuzaku ', has appeared on Friday, July 2, 2021. I was really interested in the taste of 'Bake Cheese Tart Donut ' which reproduced the cheese tart by using the old fashion fabric as a tart, and 'Crispy Croccan Shoe Donut ' which was the image of a croquette donut with a shoe donut and almond crunch. I bought it at a donut and tried it. At the store, the appearance of new works in collaboration with BAKE CHEESE TART and Croccan Shoe Zaku Zaku is appealing. 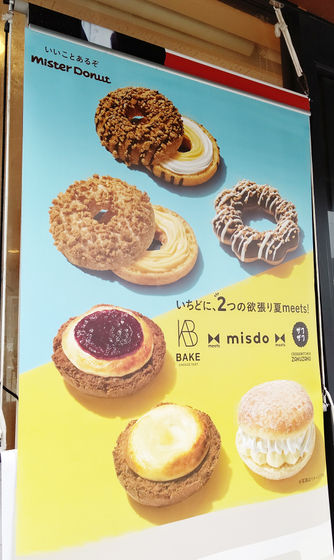 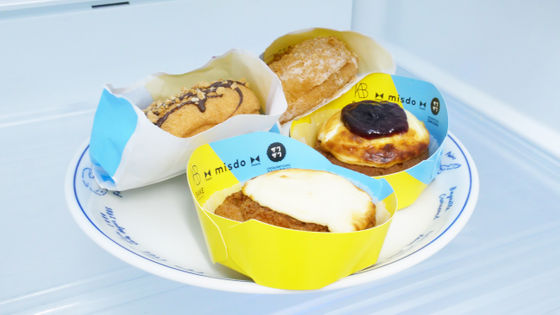 It's been about an hour, so I'll take it out of the fridge and eat it. First of all, from 'Bake Cheese Tart Donuts'. 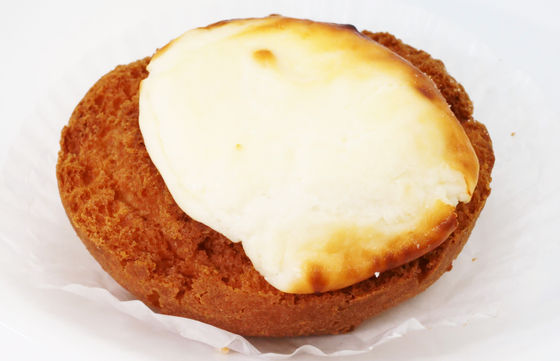 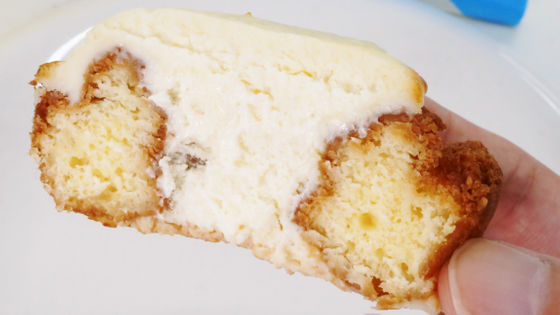 Next, I will try 'Bake Cheese Tart Donut Blueberry'. The cheese tart and the blueberry jam topped on the tart go great together. The texture of old fashion and cheese whipped cream is combined with the coolness of blueberry jam that has been chilled in the refrigerator, so it is a must-try item after you buy it. 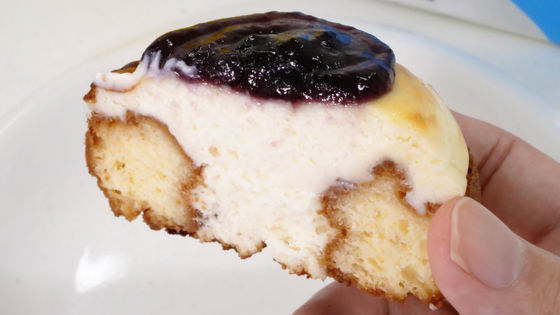 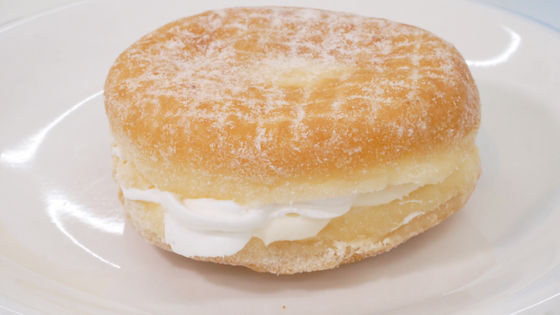 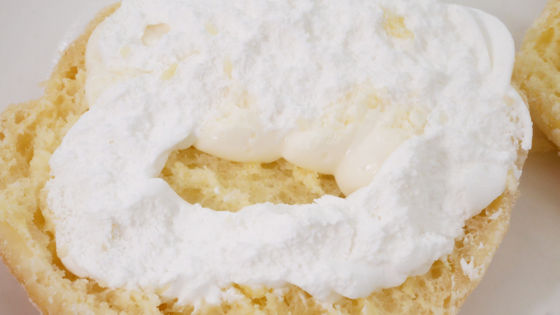 When I tried it, I could feel the gentle sweetness of the two types of cream from the sweet yeast donut dough with a soft texture. 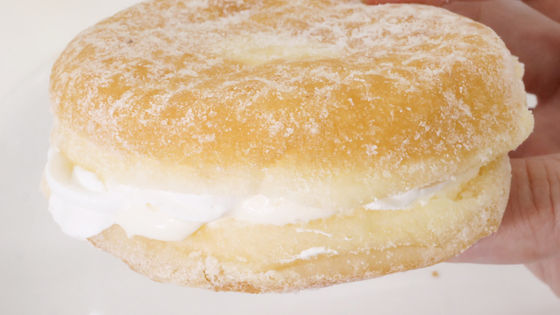 Next time, I will try 'Zaku Zaku Crocan Shoe Donut' which is a collaboration with Croccan Shoe Zaku Zaku. 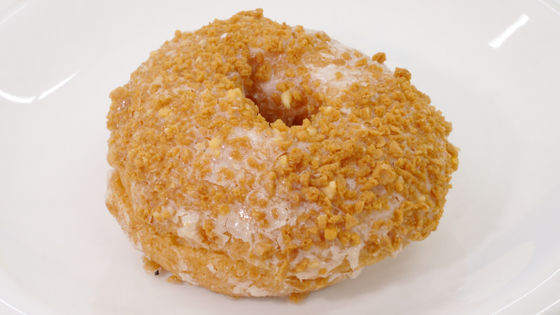 When cut in half, it looks like this. Creme patissiere is sandwiched between pseudonuts and topped with almond crunch. The almond crunch, which has been browned in the oven, has a crunchy texture, and the texture of the

croquembouche dough is well reproduced. The aroma of almonds enhances the richness of the custard cream, making it an impressive donut. 'Crispy croquette donut chocolate' is a donut with chocolate There are two types of sandwiched cream, custard cream and whipped cream. The taste of double cream and the flavor of chocolate were combined with the texture of crunchy almonds, and I enjoyed the change in both taste and texture. 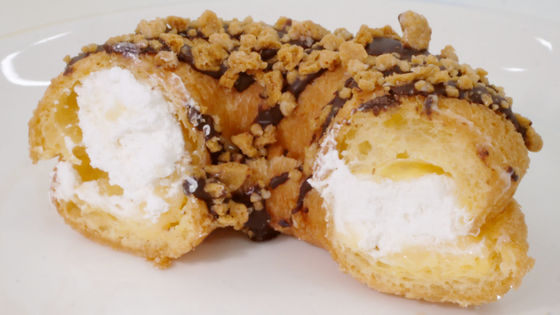 The last thing I ate was 'Crispy Pon de Ring', which is a chocolate-coated Pon de Ring topped with glaze and almonds. 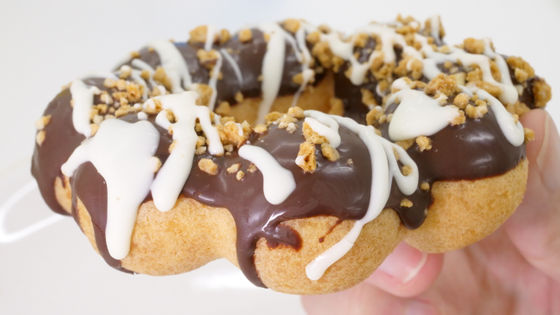