A condominium that collapsed in Florida was pointed out two years ago as concrete deterioration due to poor waterproofing. 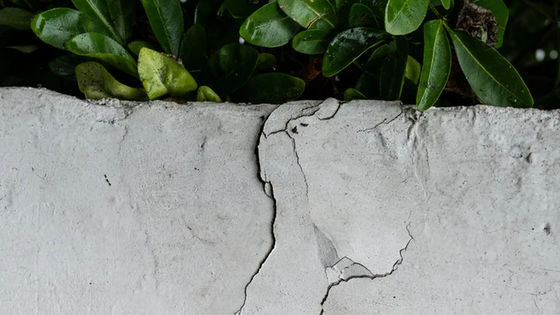 At midnight on Thursday, June 24, 2021, a part of the condominium 'Champlain Towers South' near Miami, Florida collapsed. The cause of the collapse is not yet clear, but a structural survey conducted in 2018 pointed out that the extent of concrete deterioration would expand rapidly if the waterproofing material was not replaced immediately. The local newspaper, Miami Herald, has heard from a pool maintenance contractor who visited the site 36 hours before the collapse. The entry and exit of the contractor was part of a multi-million dollar (hundreds of millions of yen) repair plan for this 40-year-old condominium.

According to the vendor, the lobby and pool of the condo were very clean and well-cleaned, but the terrible underground floor was amazing even in the industry for decades. There are puddles here and there in the underground parking lot, and it seems that the area around parking number 78, which is just below the pool deck, was a particularly deep puddles. The staff who guided us around the building seemed to think that it was a waterproof problem, but the maintenance staff commented, 'I thought it was unusual because of the unusual amount of water.' I will.

Also, in the equipment room of the pool, which is also on the basement level, the concrete on the ceiling was cracked and the reinforcing bars were corroded.

Frank Moravito, a Moravito Consultants engineer who conducted a structural survey of the condominium in 2018, points out that there were various problems with the building. According to Morabito's report, some residents complained that there was flooding indoors during the hurricane, and when we investigated, we found that the sliding doors and windows of the balcony were improperly waterproofed and the sealant deteriorated. Verification. In the first place, the sliding door itself was not installed properly, and there were rooms that had to be completely rebuilt.

In addition, Morabito pointed out that although there are large cracks in the stucco part of the outer wall of the building, which does not cause flooding inside the building, it should be repainted.

The pool deck does not need to be replaced immediately as it 'does not pose a danger to the occupants' although the pavement has been cracked and moderately damaged by many years of wind and rain.

An example of concrete deterioration reported by Mr. Morabito. The pillars on the parking lot floor are cracked or peeled off. 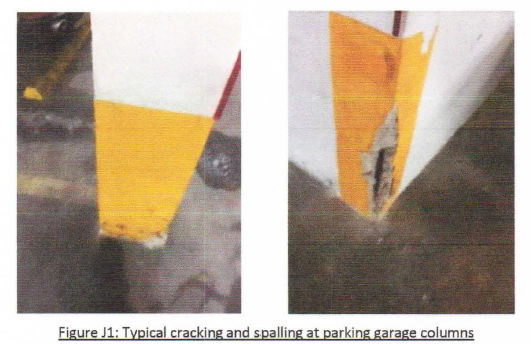 In the past, epoxy resin was injected to repair cracks in concrete, but it failed, and it has been pointed out that calcium carbonate has been eluted in many places. 'I'm confident that epoxy injection isn't effective in repairing cracks and flaking,' Morabito said. However, Mr. Morabito pointed out that the deterioration of concrete was reasonable considering the age of the building, Kenneth Director, a lawyer of the Condominium Management Companies Association, argues.

Other possible causes of building collapse are corrosion and damage below the parking floor, at the foundation level, or tremors caused by large-scale construction work near 2019. Impact, land subsidence, etc. Of these, it has been pointed out that there is a high possibility of other factors regarding land subsidence, as the stability should not be impaired by the gradual subsidence of the foundation. The cause is still being investigated.