Known as Microsoft's co-founder and former chairman, Bill Gates is not only a millionaire who ranks among the top billionaires every year, but also

Bill & Melinda, the world's largest charitable foundation that bears his name.・ I am a volunteer who runs the Gates Foundation and a lover of books. I announced the 2021 edition of ' 5 books to read this summer ' that Gates publishes for the summer every year on his official blog.

Not only was the global epidemic of the new coronavirus outbreak in 2020, but it was also a year in which global warming attracted a great deal of attention as an urgent issue. Partly because of this, Gates commented, 'In 2020, we have reached out to books on the theme of'complex relationships between humankind and nature',' and five recommended books in the summer of 2021 are also on this theme. Books along the line occupy the majority.

Below is an official movie that explains the 5 recommended books for 2021 in 3D animation format. 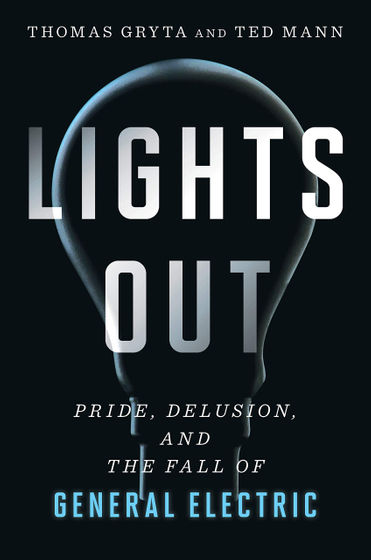 General Electric (GE), the world's largest general electric appliance maker. The review said, 'How do a very successful company like GE fail? I've been thinking about this question for years, but'Rights Out'is the answer I was looking for. He taught me a lot. The author plainly describes the mistakes and miscalculations made by GE leaders, and what you can learn from this book for businesses, nonprofits, and anyone else seeking leadership. There should be many. '

◆ 2: Under a White Sky: The Nature of the Future | Elizabeth Kolbert In second place is a book by Elizabeth Kolbert, who is known for his Pulitzer Prize-winning work 'The

Sixth Extinction, ' which has taken a deeper look at the global environment. Biologists trying to protect the rarest fish, engineers trying to turn carbon dioxide emitted in Iceland into stones, Australian studies trying to develop 'super corals' that can survive on the hot Earth This is a book on the theme that some human beings, such as those who have done their best to destroy the global environment, have made an attempt to 'save the global environment.' The selection is 'The most straightforward consideration of' humanity vs. nature 'among the five books mentioned this time. The author describes the work as' people who are trying to solve the problems that human beings have caused. It is a work that describes how human beings naturally intervene, such as genetic manipulation and geoengineering. This theme is a topic that I am particularly interested in, and the other four books I mentioned. It's a fun book to read as well. ' The third volume is a memoir of former President Barack Obama, who became the first African-American and colored president in American history. Senpyo is 'I'd be interested as I say always in a book about the United States President and' the promised land 'is particularly one book favorite. Of this memoir from the presidency early 2011

Osama Former President Obama rarely and frankly talks about his experiences at the White House, such as the isolation experienced by the man who is in charge of the murder of Bin Laden. It's an interesting content about what the hell is going on. ' 'Overstory', which won the Pulitzer Prize in 2019, is ranked in. People with various backbones, such as soldiers who were shot down but saved by sacred trees in Southeast Asia, descendants of a clan who continued to photograph chestnut trees for four generations, and female college students who were resurrected from electrocution, are standing in deforestation. A book that depicts how you are heading towards you. Gates commented, 'This is the most special book I've read in the last few years. It follows the lives of nine people and delves into their' connection with the tree. ' Sometimes the characters get to know each other, and sometimes the story goes on in isolation. This book has a pretty biased view of the need for forest protection, but I have a passion for each character. I was impressed and renewed my thoughts that I should know more about trees. ' Lastly, Matt Richtel's 2019 book, which achieved the Book of the Years four-crown on Amazon and others in 'Nervous Hijacking-If' Attention 'is Deprived'. Explaining the complex biology of the immune system to the general public, the film received a lot of attention due to the pandemic of the new coronavirus, which occurred just a year after its release. The review was 'a work published before the pandemic, but this book, which explores the human immune system, is a valuable book to help you understand what it takes to block COVID-19. By focusing on four patients, each of whom is forced to manage their immune system in some way, they have succeeded in bringing complex themes closer to them. The story of these four patients is immunity. It was very interesting to know the science of. '