Five surprising commonalities between fish and humankind, such as 'I like alcohol and tobacco' and 'I'm impatient with a leisurely shop' Since fish live in an environment completely different from humans, they often have the image of being foreign creatures, but in recent years, fish can also

remember their owner's face and recognize themselves in the mirror. Many research results have been published that will make you feel closer to you. Five scientists from the University of Portsmouth in the United States picked up and explained the surprising commonalities between such fish and humans.

Five ways fish are more like humans than you realise
https://theconversation.com/five-ways-fish-are-more-like-humans-than-you-realise-157929

According to Matt Parker, a neurologist at the University of Portsmouth, zebrafish , a vertebrate model organism, is often the source of research in the field of neurology. Mr. Parker, who has bred and experimented with many zebrafish for research on nervous mental disorders and developmental disorders, made the following five points based on his experience and knowledge. I summarized it. 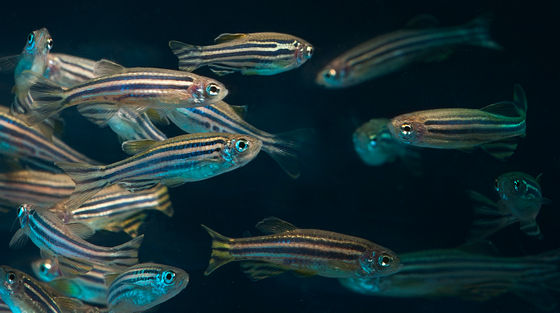 ◆ 1: As fish get older, forgetfulness becomes more intense.
As humans age, their working memory, the ability to act while temporarily retaining information, declines. As part of his basic research into Alzheimer's disease, Parker conducted an experiment to see if non-human animals also had human-like cognitive decline.

An experiment conducted by Parker et al. Was to put a fish in a simple Y-shaped maze and let it swim. Zebrafish have a habit of 'going in a different direction from the direction they turned immediately before', so by observing how the fish swim around the three-way junction, 'how often do you turn in the direction you just turned?' You can find out 'Did you forget it?'


Cocaine is a drug that is regulated in various countries around the world, including Japan, and is known as a typical gateway drug that triggers the development of more addictive drugs. Harvard biologist Tristan Darland and colleagues found in an experiment that puts cocaine into an aquarium with zebrafish (PDF file) that zebrafish also prefer cocaine and that the tendency to prefer cocaine is inherited. I did. Even in humans, it is known that genetic factors are related to the tendency to become addicted.

In addition, a research team led by Caroline Brennan of Queen Mary University of London conducted experiments to give zebrafish various stimulants such as opium , stimulants , alcohol, and nicotine, which is a component of tobacco, and zebrafish all of them. I made sure that I like it.

However, with the exception of THC , a component of cannabis, Parker commented, 'Zebrafish don't seem to be hippies.'

◆ 3: Fish remember family and friends
It is well known that fish are social creatures because there are many species of fish that form a school, but it is not well known that fish distinguish each other. According to Parker, zebrafish identify their families by smell, and young individuals in particular tend to swim beside their families. However, adult female zebrafish have come to prefer to be near unrelated males over family males. This is believed to be a mechanism to prevent inbreeding.

In addition, carp that are often kept in Japan other than zebrafish can also identify family members and close individuals. ◆ 4: Fish also feel pain
In 2003, a research team at the University of Edinburgh conducted an experiment in which vinegar was applied to the lips of rainbow trout and the reaction was investigated. As a result, rainbow trout showed reactions such as rubbing lips on the bottom of the aquarium and breathing violently, but it was said that the reaction stopped when painkillers were administered.

There is a lot of debate over the interpretation of this experimental result. Because pain is not just a perception of damage, it is also an emotional activity. Therefore, some people argue that just because a fish has pain does not mean that it is in pain.

More details on the rainbow trout experiment and the debate over whether fish feel pain can be found in the following articles: 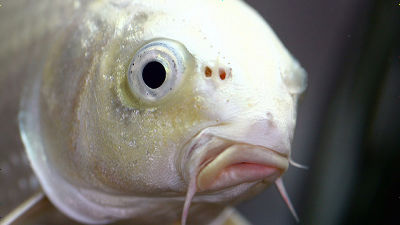 Regarding these arguments, Parker said, 'The claim that'fish have no pain because they don't have the parts of the brain that humans and higher vertebrates have'is no longer convincing, because like primates. Many years of research have shown that even creatures that do not have a good brain behave in a complex way. In fact, even though fish have a completely different brain than us, we May even recognize the world at a much higher level than one might imagine. '

◆ 5: Fish also have impatient and leisurely shops
One of Parker's research themes is impulse control . This is the ability to plan actions and determine the optimal timing to execute them, and lack of impulse control can be a variety of disorders such as attention deficit / hyperactivity disorder (ADHD) , addiction, and obsessive-compulsive disorder. It is said to be related to mental illness.

As part of their impulse control research, Parker and colleagues created a dedicated aquarium, filled it with zebrafish, and trained for several weeks. The training is that if you wait for the light at the end of the aquarium to turn on and then enter the room dedicated to meals, you will receive food. The zebrafish that entered the room before the lights turned on because they wanted food did not receive food, and they waited until the lights turned on.

As a result of this experiment, it was found that some zebrafish can wait for food leisurely, while others are very impatient. It was also confirmed that administration of the drug used to treat ADHD relieves the impulsivity of zebrafish.

Parker concludes, 'The next time you see a fish, think a little more about it before you decide it's a lower creature that's just like fish and chips.' ..