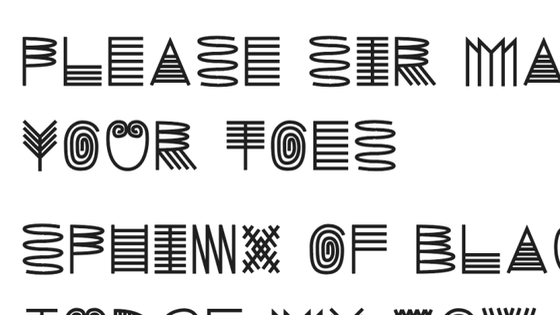 'Latin letters ', which are used as writing characters in various languages such as English and French, consist of 26 basic characters written in straight lines and curves, and the design of the characters themselves is very simple. Therefore, there are many typefaces for calligraphy and print fonts. Meanwhile, as a result of increasing the number of lines to the extent that it seems that it has become a different character, the font ' Anxiety ' that seems to be anxious just by looking at it was born.

Anxiety was created by designer Kaine Shields, and OTF font files are available for free on the following Google Drive. However, the license is not specified, and it is unknown whether it can be used for commercial purposes.

There are 26 types of capital letters from A to Z recorded. As you can see in the image below, the lines that make up each character are messed up.

In addition, the background of the creation of Anxiety is summarized in Shields' Tumblr. According to it,

kaianchoeblossfeldiana said, 'I say strange things, but when I was a kid, when I wrote a capital letter E, I added as many horizontal lines as I could write. I call it' ladder E '. I was there, but the adults were very uncomfortable. ' By the way, the ladder E actually written by kaianchoeblossfeldiana looks like this. 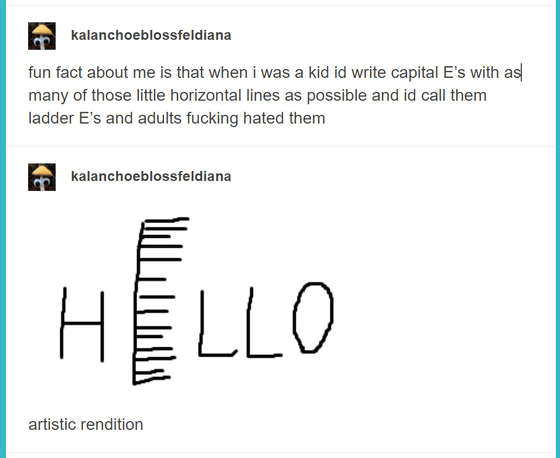 In response to this,

ceekari said, 'A, E, F, H, T can be made into a ladder shape.' 'B and P with round parts add as many round parts as necessary.' 'O is enough. I devised a font concept that makes me uneasy, saying, 'I keep winding the spiral around until I think I made a self-assertion,' 'X and Y repeat branching until I feel nausea,' and 'I put a lot of Q's legs.' ..

And this is the example presented by catgirltoes. The font design created by Furthermore, the following image is where I actually wrote the sentence 'YOU CANNOT KILL ME IN A WAY THAT MATTER'. And in response to this, the font created by Shileds is Anxiety. Shileds commented, 'I may have fallen into madness due to insomnia and made something like this.'