Why does the phenomenon that the largest nut in a bag of mixed nuts comes up? 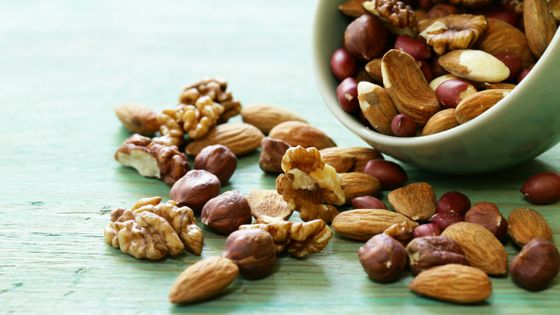 When you shake a bag containing grains of various sizes, such as mixed nuts and cereals, the larger grains may gradually shift upwards and the smaller grains may shift downwards. Researchers have used 3D imaging technology to investigate why this phenomenon, called the '

We Finally Know How The Biggest Nuts Always Rise to The Top
https://www.sciencealert.com/scientists-finally-learn-why-the-biggest-nuts-rise-to-the-top

When you open a bag of mixed nuts or cereals, you may find a bias with large grains at the top and small grains at the bottom. It is a headache for food manufacturers that only specific grains are collected even though multiple grains are mixed. In addition, the phenomenon that bias occurs by shaking non-homogeneous particles affects a wide range of fields such as materials science, pharmaceuticals, and mining that handle particulate matter. 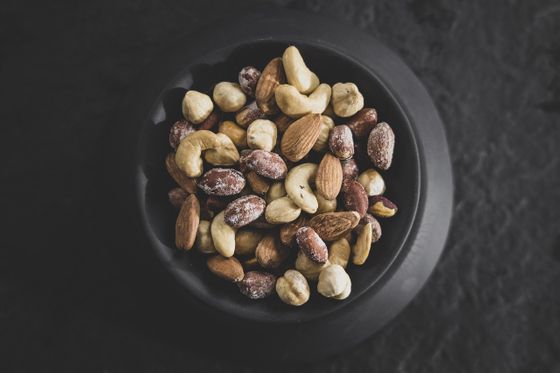 To investigate the Granular Convection, a research team at the University of Manchester conducted the world's first time-lapse X-ray computed tomography to analyze how the Granular convection occurs. 'The attractiveness and decisive importance to many industries has put a lot of work into investigating the effects of Brazil nuts through simulation, modeling and experimentation,' the research team said in a treatise. Stated.

However, it seems that it is difficult to observe particulate matter over time, and the research team said, 'Data on the movement of non-homogeneous particles is very limited, and it is not possible to track their behavior over time in three dimensions. I couldn't do it. ' Therefore, the research team conducted an experiment in which peanuts and Brazil nuts were actually used and placed in a container and shaken by time-lapse X-ray computed tomography.

You can see how the research team actually shot the movement of the shaken mixed nuts in three dimensions by watching the following movie.

Scientists discover why the big nuts rise to the top --YouTube After repeating the shake about 40 times, some Brazil nuts turn from horizontal to vertical ... After shaking about 70 times, the vertical brazil nuts pushed the peanuts away and pushed up. In this experiment, it was found that Brazil nuts first rotate to the vertical axis, then start to rise, and remain vertical until they reach the top. It was discovered that once the Brazil nuts were in a vertical position, they pushed away the small peanuts and became easier to move around, and the surrounding peanuts pushed up the Brazil nuts like

It was also observed in this experiment that not all Brazil nuts moved upwards, but some Brazil nuts were trapped downwards. The researchers believe this is because enough peanuts couldn't move down to push up the Brazil nuts.

Professor Philip Withers of the research team said, 'In this experiment, we tracked the movement of Brazil nuts and peanuts by time-lapse X-ray computed tomography while repeatedly stirring the container. I was able to see it for the first time. ' The results of the experiment will lead to the design of appropriate industrial equipment that prevents particles of different sizes from separating, and can be expected to be applied in the fields of pharmaceuticals, food processing, mining, and construction where multiple particles are desired to be evenly distributed. thing.

The experiment not only emphasizes the importance of particle shape and orientation in the separation of non-homogeneous particles, but also leads to new experimental studies, realistic simulations, and powerful predictive models that track motion in 3D. The research team said it would open the door.