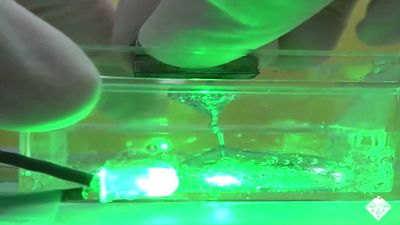 T-1000, which appears in the movie ' Terminator 2 ', has a liquid metal body that allows the body to be deformed freely and to go through a narrow gap. A Chinese research team succeeded in creating a liquid metal that can move not only horizontally but also vertically, reminiscent of such a T-1000.

You can see the following movie to see what the newly developed liquid metal looks like.


At present, robots that can freely change their shape like T-1000 have not been developed ...... Gallium and certain alloys are liquid at room temperature and have high conductivity and deformability. 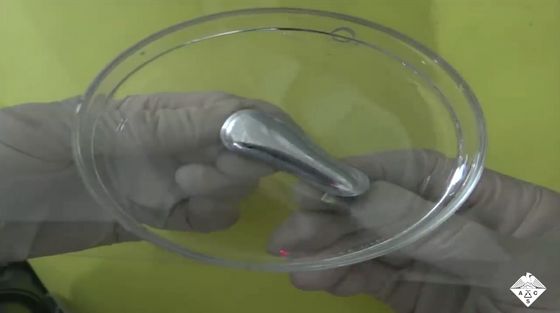 By adding magnetic particles such as nickel and iron to these liquid metals, researchers can produce liquid metals that can be moved by magnets. However, most magnetic liquid metals have high surface tension, so they can only move horizontally and can only operate in water. The Chinese research team solved this problem and developed a liquid metal that can move not only horizontally but also vertically and keep its shape in the air. 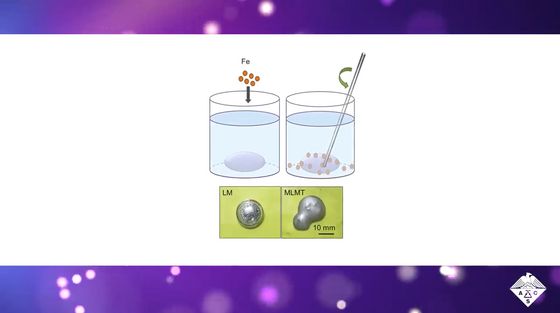 tin alloy immersed in gallium, indium , and hydrochloric acid . A layer of gallium oxide is formed on the surface of this liquid metal, and the surface tension is lower than usual. 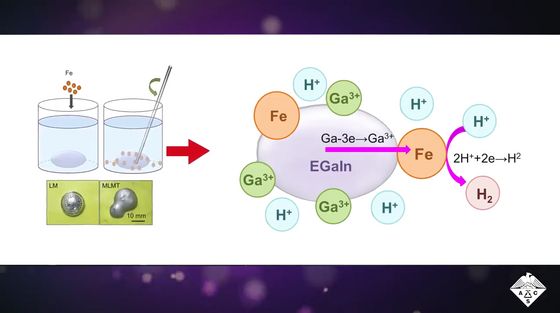 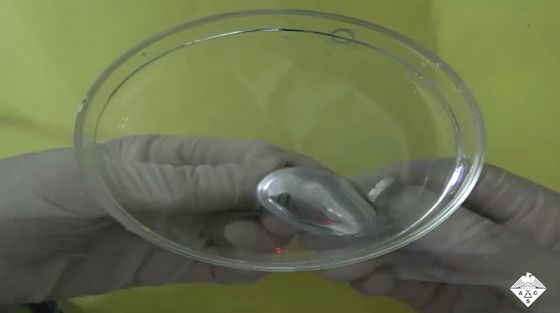 It is reported that it could be extended to 4 times the length. 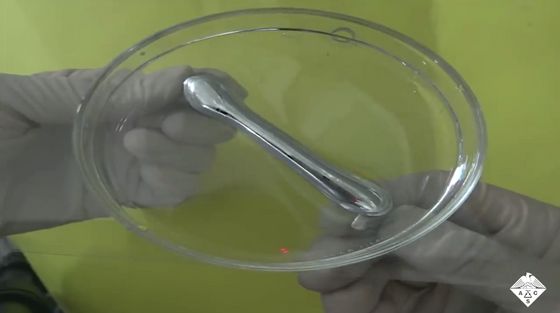 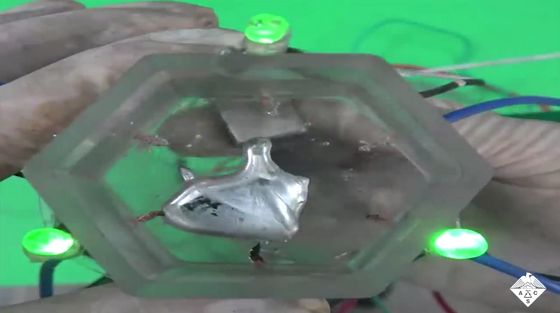 It is also possible to form a circuit by moving it with a magnet and turn on the LED lamp. 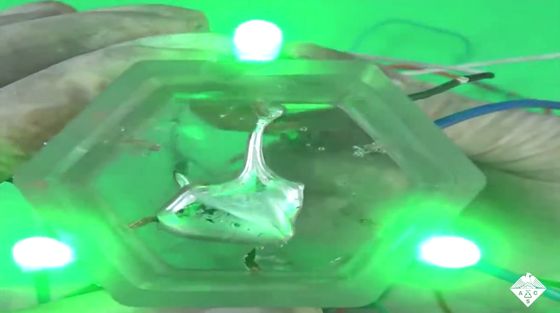 Also, if the magnet is brought close to the liquid metal in hydrochloric acid from above the case ... 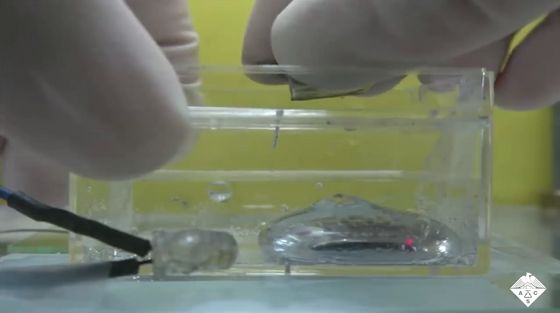 The liquid metal extended from the main body immersed in hydrochloric acid to the air in the upper part of the case. 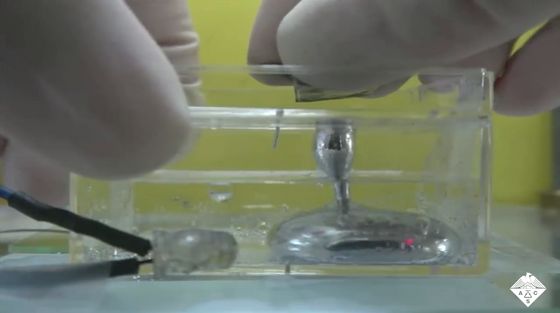 The newly developed liquid metal does not lose its characteristics in the vertical direction or in the air, and can form a circuit while being connected from the liquid to the air, and can light the LED lamp. The research team believes that in the future, liquid metal may be applied to areas such as soft robotics. 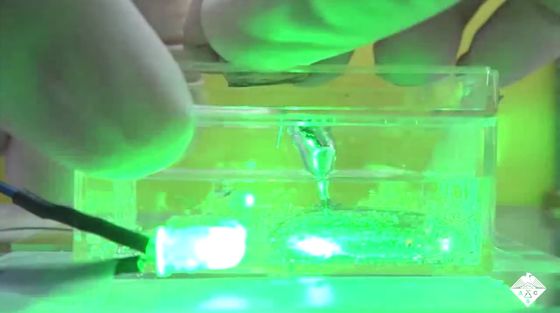