Environmental scientists argue that 'you should ride a bicycle, not a car' to reduce carbon dioxide The field of transportation is one of the most difficult fields to decarbonize. Automobiles, ships and planes are heavily dependent on fossil fuels, especially automobiles, which are deeply rooted in the human lifestyle.

Christian Brando, an associate professor of transportation and environment at Oxford University , said that one way to quickly reduce carbon dioxide emissions in transportation is to 'change people's means of transportation to walking or biking on a global scale. ', And explains the reason.

In 2020, one in fifty of the cars produced worldwide was an electric car. Brand estimates that even if all the cars produced are electric cars, it will take 15 to 20 years to completely replace them with gasoline cars. Even if all gasoline-powered vehicles are replaced with electric vehicles or 'zero-emission vehicles' that do not emit exhaust gas, including electric vehicles, the 'Net Zero' that eliminates greenhouse gas emissions set by each country is realized. It is said that the effect is weak to do. Transportation such as walking and biking is more environmentally friendly, healthy and cheaper than cars.

Even if you compare the 'carbon footprint ' that measures all carbon dioxide emissions from product manufacturing to use and disposal, bicycles should be one-thirtieth that of gasoline-powered vehicles and one-tenth that of electric vehicles. Brand claims that it can.

Brand's data on two years of travel from about 4,000 people across Europe show that people who cycle daily have 84% less carbon dioxide emissions than those who don't. thing.

In addition, if urban residents change their means of transportation from automobiles to walking or biking only once a day, the carbon footprint of about 500 kg can be reduced throughout the year. Brand estimates that if one in five urban dwellers switch to such a mode of transportation, it will reduce carbon dioxide emissions from cars across Europe by about 8% over the next few years.

In 2020, carbon dioxide emissions per day decreased significantly compared to the previous year, and the reason was the reduction in traffic volume. The pandemic of the new coronavirus infection (COVID-19) has forced people to live at home and reduced public transport users. In the UK, the number of people traveling on foot increased by 20% and the number of people traveling by bicycle increased by 9% compared to before the pandemic. Brand sees these changes as a positive trend and encourages people to move to walking or biking. 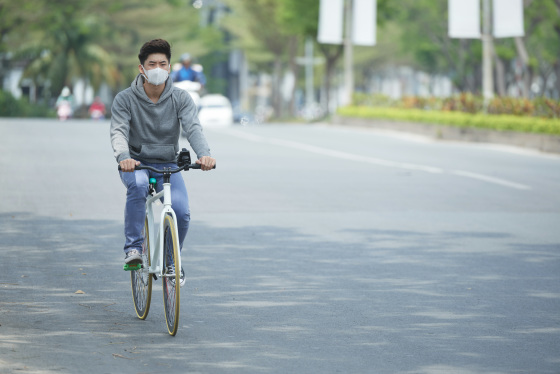