A study of about 18,000 dogs found that the proportion of 'left-handed dogs' was much higher than that of humans Humans are generally 'dominant hands ' with either left or right hand having excellent dexterous movements and athletic ability, and a 2020 study reports that about 10.6% of left-handed people are left-handed. A research team at Lincoln University in the United Kingdom surveyed nearly 18,000 dogs and found that 'dogs are more left-handed than humans.'

The effect of sex and age on paw use within a large sample of dogs (Canis familiaris) --ScienceDirect
https://www.sciencedirect.com/science/article/abs/pii/S016815912100085X

Findings from the Largest Study on Left-Handedness in Dogs | Psychology Today
https://www.psychologytoday.com/us/blog/the-asymmetric-brain/202104/findings-the-largest-study-left-handedness-in-dogs

That the dominant hand in animals other than humans are present have been known for a long time, the female is right-handed in the cat, the male is the trend of left-handed is seen research results in addition that there is, even in bees as 'right-handed' We know that there is a 'left-handed' difference. A research team led by Kirsty Laverack , a clinical ethologist at Lincoln University, conducted a study analyzing data from a large study of 17,901 dogs to determine the dominant hand of dogs.

The experimental data used in this survey was collected by the British Broadcasting Corporation (BBC) in a survey called 'Test Your Pet.' In this study, the owner prepared a cardboard or plastic tube wide enough to hold the dog's forefoot and placed the food in it. The dog needs to extend its forefoot into the tube to get food, and the owner checked which of the left and right forefoot the dog used to take out the food.

This experiment was repeated three times, and the owner said that the dog 'used the right forefoot in most cases (right-handed)', 'in most cases used the left forefoot (left-handed)', and 'preferred which one to use.' It was difficult to determine whether it was (ambidextrous) '. 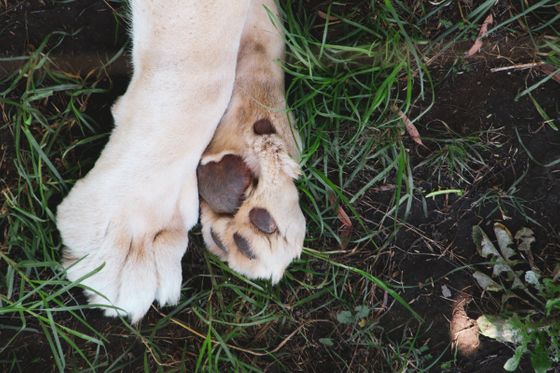 Research results have shown that 'males have a higher proportion of left-handed people than females' in humans, and the same tendency was seen in dogs. In addition, it is said that the older the dog, the greater the proportion of right-handed dogs, but this tendency seems to be peculiar to males.

The results of this study show that dogs have the same difference between right-handed and left-handed as humans, but we also found that dogs have a much larger ratio of ambidextrous and left-handed than humans. It is unclear why the ratio of left-handed and ambidextrous is low in humans and high in dogs, but it is said that one factor may be that the dominant hand is corrected in early childhood due to cultural pressure in human society. In addition, the fact that the proportion of the dominant foot differs depending on the sex of the dog suggests that sex hormones may affect the dominant hand. 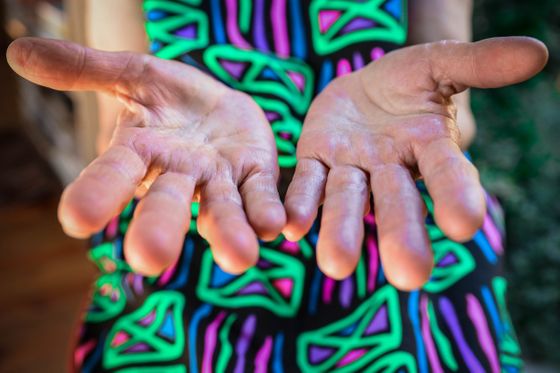