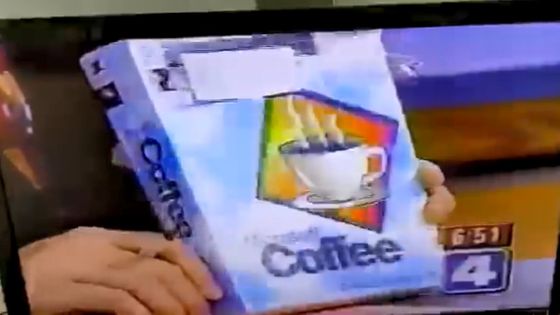 The April Fool 's Day habit of making April 1st a 'day to lie' is widespread, and many companies and websites are showing off April Fool's Day. On April 1, 1996, a Microsoft employee created an April Fool's joke product called 'Microsoft Coffee ' and was featured in the news, and a person who actually performed mischief said about the circumstances at that time. I confessed.

On April 1, 2021, an experience story was posted on the blog service Medium, 'On April 1, 1996, I created'Microsoft Coffe'with April Fool's mischief.' The poster said that he made a prank on 'creating an April Fool's joke product' with several colleagues who worked for Microsoft.

What was unique about this prank was that it created a physical package rather than just a joke press release. As of 1996, software was not sold as a download as it is today, but was sold in physical stores such as Best Buy and Egghead Software in the form of 'floppy disks and CDs in boxes.' Therefore, the posters stated that they actually made a graphic design of the box and printed the package with the system actually used for packaging printing of Microsoft products.

The name of the joke product, 'Microsoft Coffee,' is associated with 'Java, ' released by Sun Microsystems in 1996. Since the name of Java is derived from Java coffee , it was said that the viewer had come to notice that the original material of 'Coffee' was 'Java'.

According to a poster who worked for Microsoft, Microsoft had a tremendous influence in the technology industry at the time, but it had a reputation of being 'an impersonator, not an innovator.' Therefore, the poster said that he decided to make this reputation by making a joke product 'Microsoft Coffee' that is reminiscent of 'Java' on purpose.

The picture below is the actual 'Microsoft Coffee' package. Except for the playful names and coffee illustrations, it looks just like a Microsoft product. 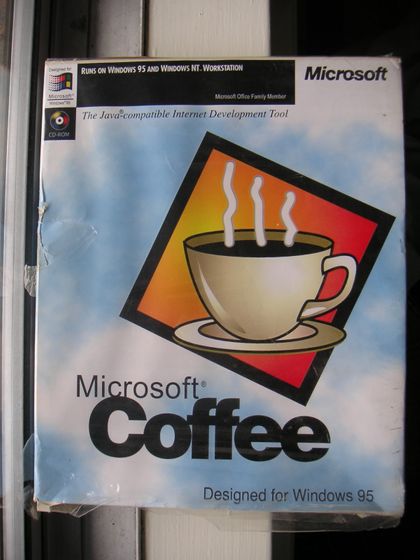 Then, on April 1, 1996, the delivery team headed to a physical store on the west coast that sells software such as Egghead Software and Office Depot, stealing the eyes of clerk and customers and lining up 'Microsoft Coffee' on the shelves. As a result of sending a joke press release, many customers discovered 'Microsoft Coffee' lined up on the shelf, and some of them actually tried to buy it.

In the movie below, you can see the coverage of 'Microsoft Coffee' that was actually broadcast on the TV station at that time.


The words 'APRIL FOOLS' and 'Microsoft' are on the background of the newscaster. 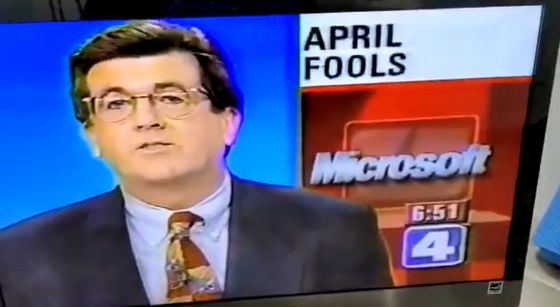 What I have in my hand is a package of 'Microsoft Coffee' lined up in a physical store. He also points out that the name 'Coffee' was named after 'Java'. In addition, it is said that there is no software inside. 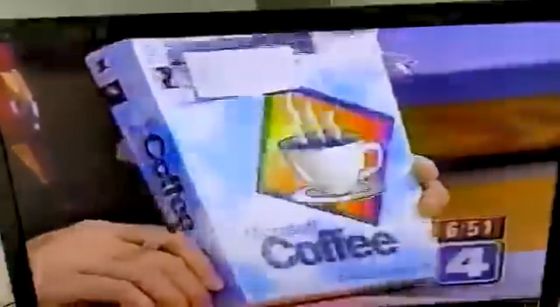 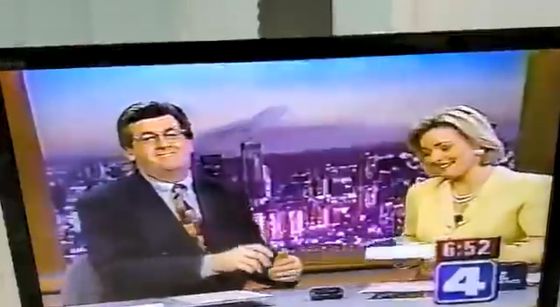 The poster said that he thought that one case of 'Microsoft Coffee' would be treated as a mischief, but a Microsoft spokesman denied involvement in 'Microsoft Coffee' and said that it was a mischief by an outsider. He said he was worried about the announcement. The spokesperson also contacted the Legal Department, but the reply was 'No legal issues were found' and it was treated as April Fool's Day.