The secret activity of Israel's 'hidden nuclear facility' has become observable to anyone thanks to archaeologists' attempts to remove 'satellite imagery blur'. 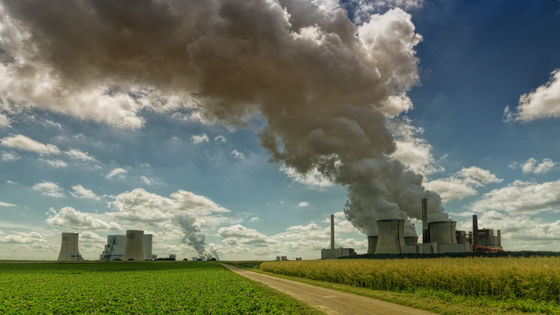 Some images may be 'blurred' on Internet services such as

'Google Maps ' and ' Google Earth ' that allow you to easily check the images from artificial satellites. A new research project is underway at an Israeli nuclear facility as a result of changes in the US legal system by the work of two archaeologists who noticed that Israeli aerial photographs were blurred during their research. It became clear that there was.

The story began late one night in 2017. Oxford University archaeologists Michael Floodley and Andrea Zerbini, who were collaborating on the West Bank between Jordan and Israel, said the Israeli satellite image they were analyzing was unnaturally blurred. I noticed that. The two examined all the photographs taken in Israel, but they all said that they were so blurred that they could not confirm the details of the structures on the surface of the earth.

The market for publicly available satellite systems has long been dominated by the United States. As a result, the satellite images used by Mr. Floodley and Mr. Zerbini were 'censored' by the Kyle-Bingaman amendment. Curious about the problem, they spent two weeks looking for a solution.

As a result, we discover that Airbus , a French aerospace company, provides satellite imagery. Since Airbus was not an American company, it was not bound by the Kyle-Bingaman Amendment and published its own high-resolution satellite images of Israel and the Palestinian Territories.

The two, who obtained the satellite imagery made by Airbus, told the Marine and Atmospheric Administration, which oversees the regulation of the US satellite system, 'The Kyle-Bingaman amendment is'only in Israel, higher resolution than the video already released. Do not collect and distribute satellite images of the Airbus. ”However, high-resolution satellite images made by Airbus have already been released for Israel and the Palestinian Autonomous Region.”

As a result of repeated discussions following the notification of Mr. Floodley and others, the Kyle-Bingaman amendment was removed in July 2020 to 'except for Israel.' Today, Israeli satellite images available on various services no longer have unnatural blurs.

As a result of the arrival of an era in which anyone can check satellite images of Israel, 'new discoveries' about Israel are often reported. Most recently, in February 2021, an international research group of nuclear experts reported that 'a new facility is being built' at the Negev Nuclear Research Center, Israel's secret nuclear facility.

Below is a clear image of the Negev Nuclear Research Center obtained by the Associated Press. You can see that the land is dug up as large as a soccer field. These findings would not have seen the light of day if Mr. Floodley and Mr. Zerbini had not addressed the issue of the Kyle-Bingaman amendment. Of the two who contributed to the satellite imagery problem, Zerbini died of liver cancer in 2018. In response to ABC News, which reported this commentary, Mr. Floodley said, 'The first thing I remember when working with him was a satellite image of Israel. We are very proud of the work we have accomplished. I'm thinking. '