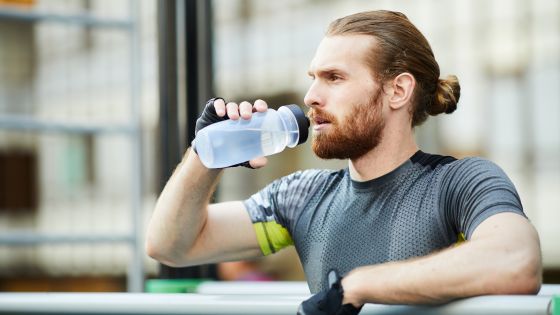 A situation occurred in Nevada, USA, where children who drank '

REAL WATER ', a drinking water that contains negative ions and is appealing to be useful for health, suffered from acute liver failure. 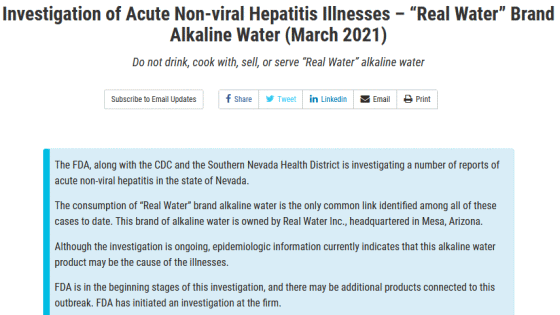 According to Real Water, a developer of real water, real water is 'alkaline drinking water with a pH of 9.0 that has succeeded in maintaining alkalinity for a long period of time compared to other water using its own technology.' .. In addition, the company's website emphasizes that drinking real water 'regains balance and maximizes potential.' It is to be noted that the reference pH of Japan of drinking water and 5.8 more than 8.6 or less been established and, real water will not exceed this number. In November 2020, five children suffered from non-viral acute liver failure requiring hospitalization, according to Nevada health officials, where the real water was sold. In addition, at the same time, 3 adults and 3 children reported symptoms such as nausea, loss of appetite, and tiredness. All of these people had in common that they were all 'drinking real water.'

'Consumers, restaurants and retailers should stop drinking, cooking and selling real water until they have information about the cause of acute liver failure,' the US Food and Drug Administration (FDA) said. I'm asking you not to drink.

According to the medical media Healthline , some people believe that 'drinking alkaline water makes you healthier.' However, Healthline recommends that you refrain from drinking highly alkaline water, as high levels of alkaline substances in the blood can cause gastrointestinal problems and skin irritation.

Real Water, Inc. Brent Jones, president of CBS against, and 'We aim to rapid solution in cooperation with the FDA' comment . At the time of writing the article, we have stopped selling Real Water and are recalling it.