The number of accidents of poisoning with detergents and disinfectants has increased sharply, is it due to the new coronavirus? On April 20, 2020, the US Centers for Disease Control and Prevention (CDC) announced a report that the number of reports to the Poisoning Accident Control Center in March 2020 was significantly higher than usual. The cause is believed to be because people are improperly using bleach and other chemicals to protect themselves from the new coronavirus.

According to a CDC announcement, the number of reports from January to March 2020 due to exposure to detergents and disinfectants was 45,550, which was 20.4% and 16.4% respectively compared to the same period in 2019 and 2018. There were many. The graph showing that is shown below, the left is the number of reports of detergent and the right is the number of disinfectants. Looking at the line graph for 2020 indicated by the black line, especially the graph of 2019 in which the number of occurrences since the beginning of March is shown by the blue line and the graph of 2018 shown by the light blue line You can see that it is significantly higher than.

'There is no data directly linking drug exposure to new coronavirus control efforts, but there seems to be a clear temporal link,' says the increase in the number of poisonings is due to the new coronavirus. It is said that it is the influence of.

An analysis of the breakdown of the notifications showed that an increase in drug poisoning in 2020 was seen in all age groups. In particular, about half of all reports of intoxication for children under the age of five were the same in 2019 and 2018.

When the notifications were classified by the chemicals that caused the problem, the detergent category was 3137 cases, but the bleaching agent was 1949 cases, of which 62.1% was outstanding. On the other hand, the number of reports in the disinfectant category increased by 4591, but the cause was that both hand disinfectants and non-alcohol disinfectants were 1684, which resulted in the poisoning accidents of a relatively wide range of products. It was

The CDC also introduces examples of detergent and disinfectant accidents.

◆ Case 1
The first case is a poisoning accident in an adult woman who heard the news, 'You should clean your food before you eat it.' The woman poured hot water into a sink, added bleach and vinegar, and dipped fruits and vegetables into it. During that time, the woman was washing other food in the kitchen, but soon after she felt a chlorine odor, she had difficulty breathing, coughing, and shortness of breath. The woman was taken to the hospital by ambulance and was diagnosed with mild hypoxemia and severe shortness of breath, but recovered with oxygen inhalation and bronchodilators. Since there was no abnormality on the chest X-ray film, he was discharged from the hospital for a few hours of follow-up. 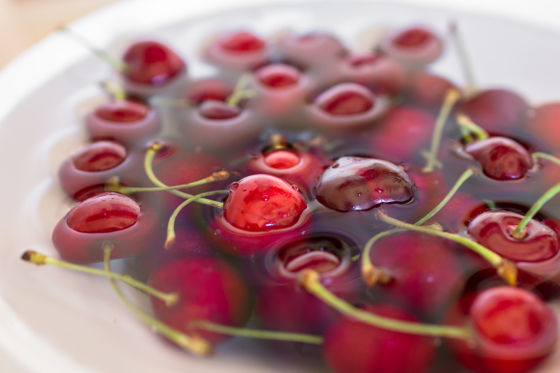 ◆ Case 2
In the second case, a preschooler drank alcohol-containing disinfectant at home. On the kitchen table in the house where the children were, there was an open bottle of 64 oz (about 1.9 liters) hand sanitizer made from ethanol. According to the family member who reported, the child had dizziness after taking an unknown amount of disinfectant, fell over and hit his head. When the hospital measured blood alcohol levels because the child showed symptoms such as vomiting and decreased reaction, the concentration of alcohol was detected to be more than three times the upper limit of the drunk driving standard. Fortunately, however, no nerve damage due to a head hit was observed. The child then spent one night in the intensive care unit and was discharged 48 hours after admission. 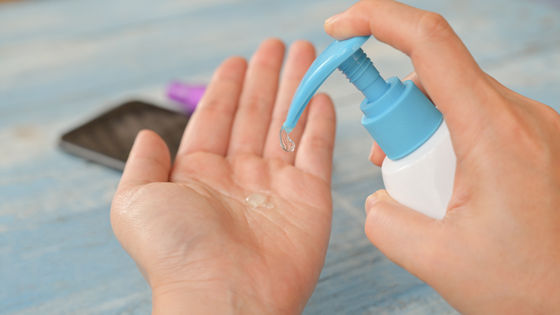 CDC pointed out this announcement, 'It is likely that the actual total incidence and severity are underestimated because it is based on the number of reports to the poisoning accident management center.' He added, `` We cannot prove the causal relationship with the new coronavirus, but the timing of the rapid increase in the number of reports was due to an increase in media coverage of the new coronavirus pandemic and a shortage of detergents and disinfectants. It is in line with the timing and when home waiting orders were issued in some areas. 'He strongly suggested a relationship with the new coronavirus.

In addition, consumers are advised that `` a surge in accidents may result in an increase in usage beyond what is indicated on the product label, mixing of multiple products, failure to wear appropriate protective equipment, or failure to ventilate, etc. Proper use may be the cause.To prevent this from happening, product users should always read and follow the instructions on the label, and unless otherwise stated on the label Dilute with water at room temperature only, keep product out of the reach of children, avoid mixing with chemicals when using, wear eye and skin protection, and Please ensure adequate ventilation. '