Twitch unveils transparency report with statistics such as police calls 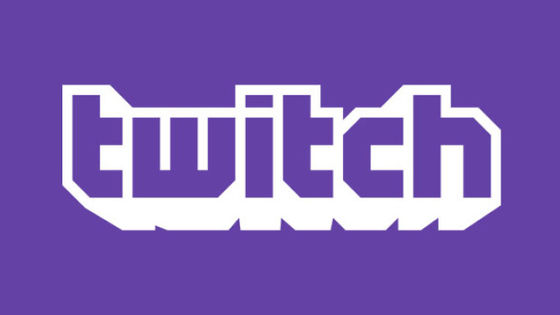 On March 2, 2021, Twitch, a game-based distribution platform under the umbrella of Amazon, published the 'Transparency Report' for the first time, explaining the company's safety initiatives. Twitch reveals how often police were contacted for 'credible threats of violence' in 2020 --Dexerto
https://www.dexerto.com/entertainment/twitch-reveals-how-often-police-were-contacted-for-credible-threats-of-violence-in-2020-1525499/ 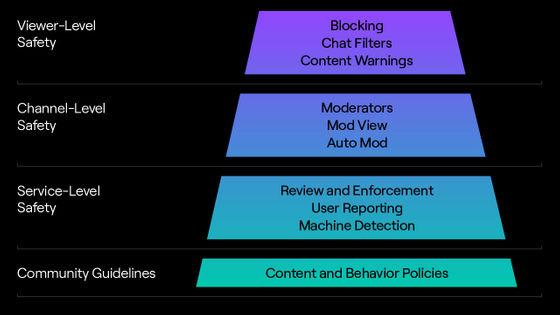 Twitch said it will continue to update

the community guidelines , which explicitly set rules on the platform that underlie all safety measures, given the ever-changing community culture. Regarding service level safety, 'machine detection' that detects naked bodies and extreme violent expressions by AI, 'user report' that a specialized moderation team processes reports from users, specialized team detects by machine detection and user report He explains that he is taking three types of countermeasures, 'verification and penalty', to take action against the content that has been compromised. Twitch is expanding the size of the team involved in service-level safety, and in 2020, the number of content moderators who respond to user reports has quadrupled. 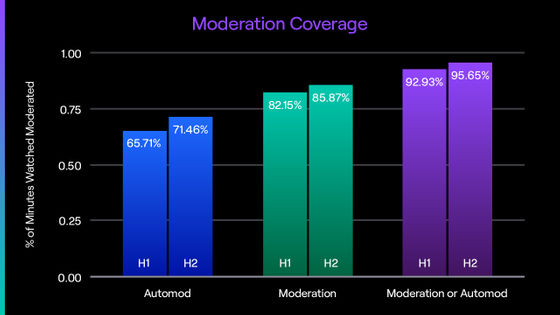 In addition, Twitch said it offers viewer-level safety features such as

chat filters and blocking tools that allow viewers to control the safety of the content they see.

Twitch also publishes statistics about deleted messages and more. According to Twitch, channel moderators have been very active, with the total number of messages processed by channel moderators rising from 15.9 million in the first half of 2020 to 32.5 million in the second half, an increase of 98%. Mention. The increase was related to the 33% increase in messages sent to Twitch from the first half to the second half, but the expansion of the moderation and the introduction of dedicated tools for chat moderators were effective. I explained that. 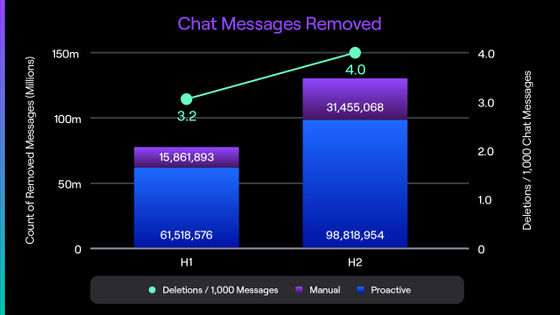 On the other hand, the number of reports to law enforcement agencies is on a downward trend. Twitch reported 38 to law enforcement agencies by the end of 2020 due to concerns about violence, of which 22 were in the first half and 16 in the second half. Why law enforcement has been declining by the end of 2020, Twitch is threatened with violence as a result of fewer opportunities for people to meet due to the epidemic of the new coronavirus infection (COVID-19) I speculated that it was due to the reduced number of places and opportunities. 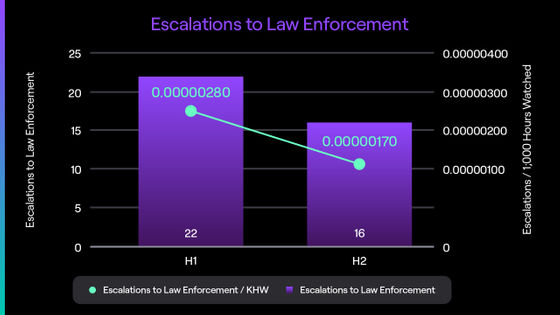 In making this announcement, Twitch also emphasized that it revised the community guidelines multiple times in 2020. In April 2020, new regulations on nudes and clothing were added, in October 2020, regulations on acts of terrorism and violence were revised, and in December 2020, regulations on acts related to hate and harassment were revised. Was there. In this announcement, Twitch said that these revisions have increased the number of actions taken for the act, and that the revisions to the community guidelines have had some effect.