What is 'Infatica' that allows others to access just by installing an extension in your browser? 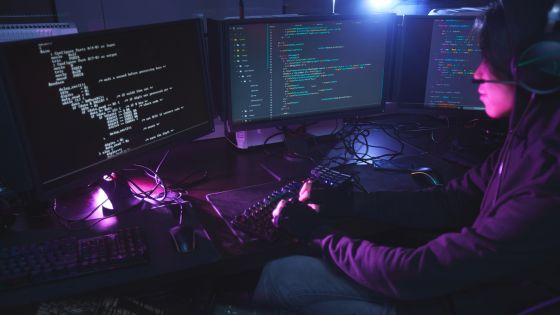 Major browsers such as Google Chrome and Firefox

support 'extensions ' that allow you to add various functions, but there is a possibility that extensions may create a risk of cyber attacks. Security information site KrebsOnSecurity, run by security expert Brian Krebs , describes the Infatica technique of using your machine as a proxy by embedding code in your extension.

Is Your Browser Extension a Botnet Backdoor? — Krebs on Security
https://krebsonsecurity.com/2021/03/is-your-browser-extension-a-botnet-backdoor/

Many browser extensions have been released, but according to KrebsOnSecurity, extension developers have limited ways to make money. Furthermore, from September 2020, Google has phased out the release of paid extensions on the Chrome Web Store , making it increasingly difficult for developers to monetize. As a result of developers selling extensions for compensation, there are cases where the selling company puts malware in the extension. Can Monetize Your You Software In Several Ways -?. But Which Approach Is Right For You In This Video, We'Ll Take A Closer Look At How The Infatica SDK Might Allow For Better Monetization Of Your App

A survey by KrebsOnSecurity revealed that at least 30 extensions have introduced Infatica code. Among these extensions was the 'Video Downloader PLUS ' download aid extension, which has gained more than 1.4 million active users.

Hao Nguyen, the developer of the ModHeader extension, which has more than 400,000 users, said, 'I spent more than 10 years developing ModHeader, but I couldn't monetize it. So I decided to introduce the Infatica code into the extension and get paid from Infatica. However, there was a big backlash from users. Users don't like their machines like pornographic sites. I didn't like being used as a proxy to access the site, 'he said of how Infatica was introduced and how users responded to it.

Also, according to ChromeStats, a web service that aggregates information about Google Chrome extensions developed by Nguyen, 104,133 extensions, which account for 53.21% of the extensions published on the Chrome Web Store, are 2 It hasn't been updated for more than a year. 'It's very difficult to maintain and monetize an extension development, so some developers sell it,' Nguyen said. 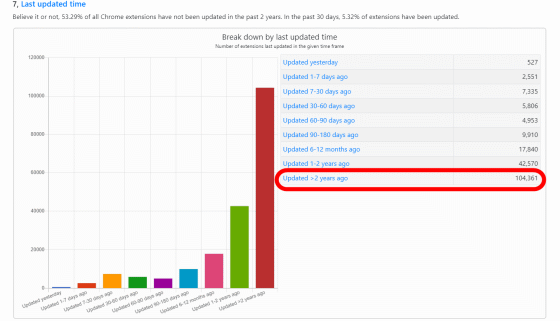 KrebsOnSecurity says, 'Extensions are attractive, but they require a lot of permissions, so malicious changes made by developers pose a great risk.' 'Extensions when installing extensions You need to check the permissions required by the feature, the credibility of the developer, and the credibility of the extension distribution location, 'he said, urging people not to easily install unnecessary extensions. 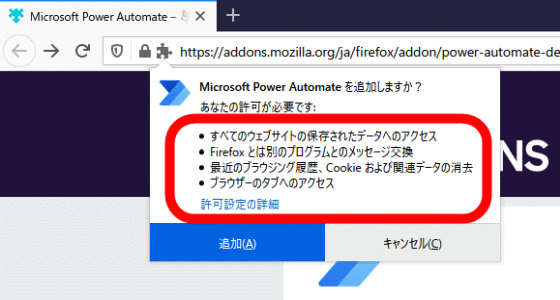