What is a ship prepared as a 'white house on the sea' in case of an emergency such as a nuclear war? 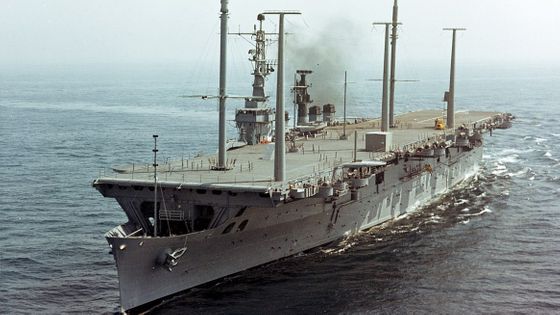 In the United States during the Cold War, when the crisis of nuclear war was a reality, it is important to evacuate senior officials including the president to a safe place and secure a way to maintain government functions when an enemy country launches a nuclear attack. was. Then, in the 1960s, the National Emergency Command Post Afloat (NECPA / National Emergency Water Combat Command Center) , 'In an emergency, transfer the presidents to a special command ship at sea and continue commanding the war. It was a plan called.

The Navy has been commissioned by NECPA since 1962, strengthening the communications equipment of the tactical command ship Northampton (CC-1) , which was commissioned in 1953. Northampton has 40 tons of communication equipment, including 60 transmitters and receivers, and was able to process as many as 3000 messages per day at sea. This was an epoch-making amount at that time, and it was a level where the president on the sea could give instructions to the military all over the world.

Also, in 1963, the aircraft carrier Wright (CC-2) was converted into a command ship and assigned to NECPA's mission, replacing Northern Pton. Both command ships are based in Norfolk , Virginia, near Washington, DC , and in an emergency the president and senior government officials were supposed to escape the White House with a U.S. Marine Corps helicopter and be transferred to Norfolk. ..

Northampton is shown in the picture below. There is a huge antenna in the center of the ship, which suggests that it has advanced communication equipment. Looking at the picture of the light, the structure is such that many huge antennas extend from the deck. Wright's communication equipment was also extremely high-performance at that time, and it was said that it had the same level of message processing capability as a large-scale communication station on the ground. It was also considered for operation in an environment contaminated by a nuclear attack, with a special air shelter to protect occupants from fallout and a facility to flush the deck with salt water. Wright has been refurbished specifically for NECPA missions, with a work area for as many as 200 communications specialists, an operation center with accommodation, and 12 color-coded telephones by military command. There was a private room dedicated to the president. In addition, if the onshore communication facility is destroyed or the communication capacity is lost, Wright will deploy the world's first remote-controlled helicopter, the QH-43 , and communicate with the infrasound antenna mounted on the QH-43. It was supposed to be maintained.

NECPA's operational principles stipulate that either Northampton or Wright will be permanently deployed at sea and replaced every two weeks. Command ships deployed at sea usually patrol the east coast of the United States, but when President Lyndon Johnson visited Uruguay and El Salvador , he spent the night on the command ship. In addition, President John F. Kennedy also said that he had slept on the command ship during the exercise.

At that time, another option to evacuate American leadership during a nuclear war was the EC-135J (Nightwatch) , a refurbished transport aircraft C-135 . Nightwatch is said to have been able to fly with the president and senior government officials on board and continue to fly for long periods of time with aerial refueling. 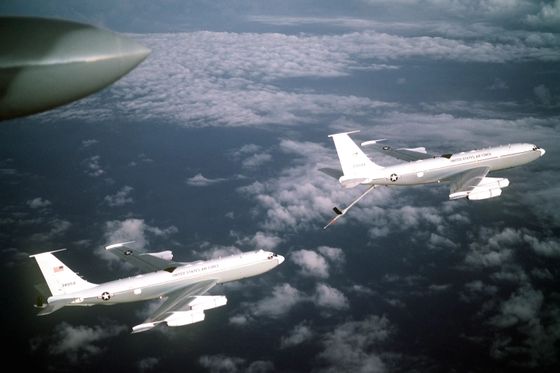 However, continued command on the aircraft's Nightwatch was limited to a few days at most, and the crew was expected to run out of food and water 48 hours after taking off. Command ships such as Northampton and Wright, on the other hand, provided a high level of continuity and were able to maintain command at sea for several weeks. In addition, although both Northampton and Wright were less armed, they were equipped with a support system to detect the navy of the enemy country, and there were rumors that a submarine would follow as an escort.

Unfortunately, with the advent of Soviet reconnaissance satellites in the 1960s, NECPA's command ships, which are slow-moving and easily tracked from satellites, are no longer a safe place in an emergency. The US Navy abandoned the NECPA program in the 1970s, and Northampton was sold in 1977 and Wright was sold as scrap in 1980.

At the time of writing the article, the VC-25 (Air Force One) custom-made by Boeing has inherited the NECPA philosophy, and the VC-25 is equipped with high-performance defense equipment and a huge amount of communication equipment to 'fly'. It is designed to function as a 'white house'.

Why does the presidential aircraft 'Air Force One' cost unimaginable? --GIGAZINE 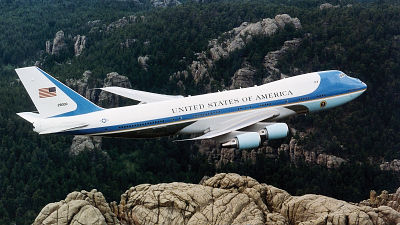