NVIDIA has announced the Cryptocurrency Mining Processor (CMP), a processor specializing in the

mining of crypto assets such as Bitcoin and Ethereum . It has also been revealed that the mining performance of the ' GeForce RTX 3060 ' scheduled to appear on February 25, 2021 is limited to 50% of the original.

GeForce Is Made for Gaming, CMP Is Made to Mine | The Official NVIDIA Blog
https://blogs.nvidia.com/blog/2021/02/18/geforce-cmp/

GPUs are often used not only for graphic processing, but also for computational processing and mining of crypto assets . In particular, the acceleration of demand due to mining has had a great impact on the shortage of GPUs, and it is reported that NVIDIA will reproduce the old GPU in order to solve the shortage of CPU supply. 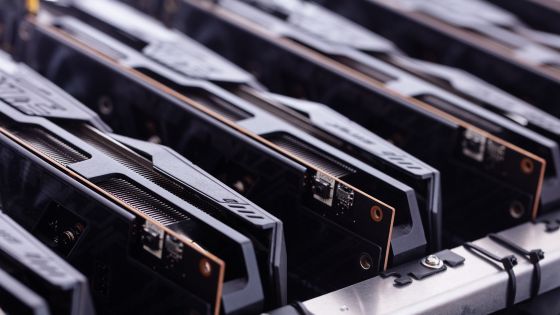 In order to solve such a shortage of GPUs, NVIDIA announced the 'Cryptocurrency Mining Processor (CMP)', a processor specializing in cryptocurrency mining. There are four types of CMP announced by NVIDIA this time, '30HX', '40HX', '50HX', and '90HX', and the specifications of each are like this.

CMP does not have a video output function and is designed specifically for mining. In addition, because the maximum frequency and power consumption are kept low, it is possible to easily build mining equipment using a large amount of CMP.

In addition, the GeForce RTX 3060, due out on February 25, 2021, announced that its mining computing power will be limited to 50% of its original capacity. NVIDIA said, 'The GeForce RTX 3060 isn't designed for mining, and the CMP isn't designed for gaming, so the demand for these processors won't compete. We're RTX for gamers. While maintaining the supply of the 30 series, we will help users who want to discover crypto assets to build efficient data centers, 'he said, emphasizing the benefits of both gamers and users who want to discover crypto assets. ..

Technology media Wccftech said, 'NVIDIA limits the capabilities of the GeForce RTX 3060, but users don't like hardware limitations. How NVIDIA's decision will be accepted by the market is now. a place to understand not 'of says .

CMP will be available in the first quarter of 2021 from NVIDIA certified partners such as ASUS, Colorful, EVGA, Gigabyte, MSI, Palit and PC Partner.